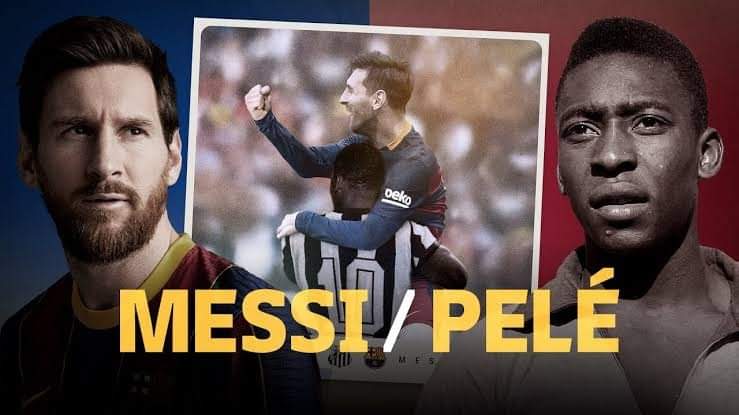 Santos claims that goals scored in friendly and exhibition matches should not be left out of Leo Messi's record of scoring more goals at one club than Pele.

According to their records, they have scored a total of 1091 goals for their club but some analysts argue that many of the 448 goals scored in friendly matches were against weaker opponents. Such as smaller teams or regional teams.

In a lengthy statement published on the club's official website, the Brazilian club said: "The 448 goals that they are trying to score today, many of these goals were scored against top clubs."

"Where Pearl has scored nine goals against each of Club America (Mexico) and Colo Colo (Chile). He scored six goals against Inter Milan, who were one of the best European clubs at the time."

One thing that has been established since then is that these matches were organized in official uniforms under the official rules of football and were officially logged.

"We must remember that clubs can only play friendly matches with the approval of regional and national federations. This is a rule imposed by FIFA, the world football's governing body."

The goals have been counted on the FIFA official website and by d by Pele, and thnness World Records Authority and their records have been determined on the basis of that report by analyzing this information.

So the club did not find it satisfactory to set a record milestone by omitting the goal of the official match considering the opponents of the European media.

You didn't state the source of your image so I couldn't verify if it's copyright-free.

Visit the post below for guidance. Also, 50% of your posts were quotes. For the future, please rewrite it in your own words.

This is a source free photo.