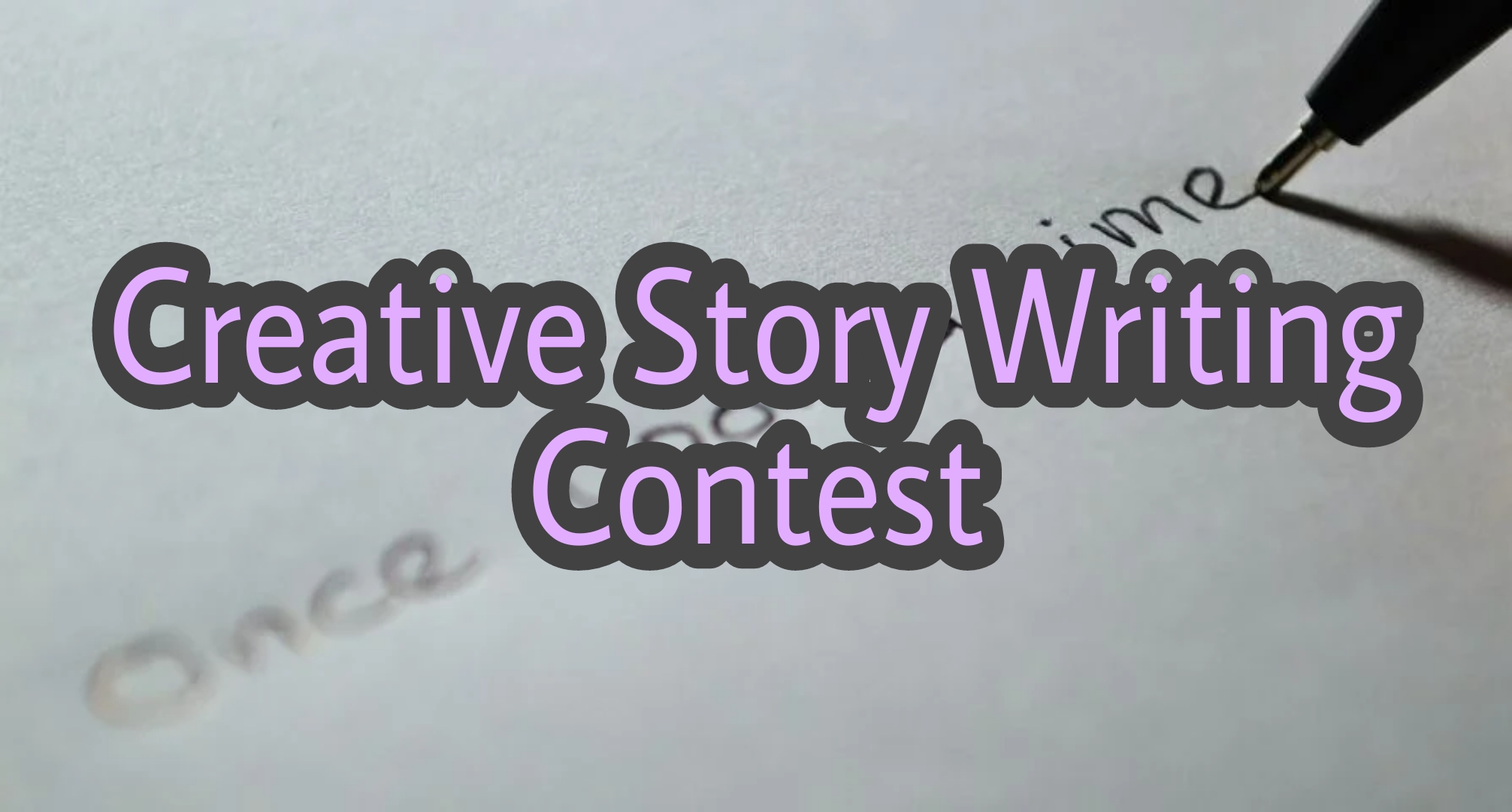 I am here bringing an interesting contest for you guys. Hope you will enjoy this contest.

I will give you guys some line of an imaginary story. The story is incomplete. You have to complete the story by your own thinking. Lets see how creative you can be.

Jessy is a single mother of a blind daughter. Her husband died 3 years ago in a car accident. Her daughter's name is Angela. She is two years old. That's not all. They have a pet dog named Fluffy. Jessy's husband gifted Fluffy in their first anniversary. From that day Fluffy is staying with them. Fluffy is holding Jessy's husband's memory.

One day Jessy had to go out of town for some work. She took her daughter and Fluffy with them. She went to the railway station. She bought a bottle of water from a shop. After that they entered a cabin of train. She felt odd because there was only one passenger in that cabin.

The passenger was drunken. Some times later she realized that she forgot her purse in that shop while buying water bottle. The train ticket was in that purse. She told her daughter to stay there with Fluffy. She went to the shop. She took her purse from that shop and came back. But she was late. The train left.........

now complete the story by your own imagination.

Dogs mean hate animals but they do us a lot of good. Today I will share an incident with this animal. When I was very young, we had a dog in our house. I remember very well that the color of the skin was white. I was scared of the dog then. He always stayed at our house. And the reason for staying was who would give the dog some food when we sat down to eat. But after a few days, Kukuta fell in love with us. He always stayed at our house. No one would let anything come home at night. No man was allowed to come. Our house was always safe. This is how he lived with us. As the days went by, the age of the dog started increasing. After many days it was seen that the dog did not move like before. Not as normal as before. A few days later, the dog was found to have an infection. Then Dad said what a job the dog thinks it will not live long. I was silent for a long time listening to the words, I was in a lot of trouble, why not Johnny. But I think the dog will die. I was in a lot of trouble. He was in our house for almost 2 years. We used to give some food every day when we ate. The dog was at the end. Can't walk anymore. When I last saw that the dog could not walk, there was no fur on his body, there was a foul smell. Suddenly one day I realized that he had gone through a lot of trouble with a lot of illusion. And I don't see him. And this story was a memorable event in my life.
The End

You have to make a post in Steem-bangladesh community.

Thanks for doing this.

@nahidhasan23 Deep respect and thanks for organizing the contest and giving us a golden opportunity here.please check my entry👇
https://goldvoice.club/steem/@shathi1050/contest-creative-short-story-writing-or-or-the-incomplete-part-of-my-story-in-the-contest