Brazil's past match analysis and their performance 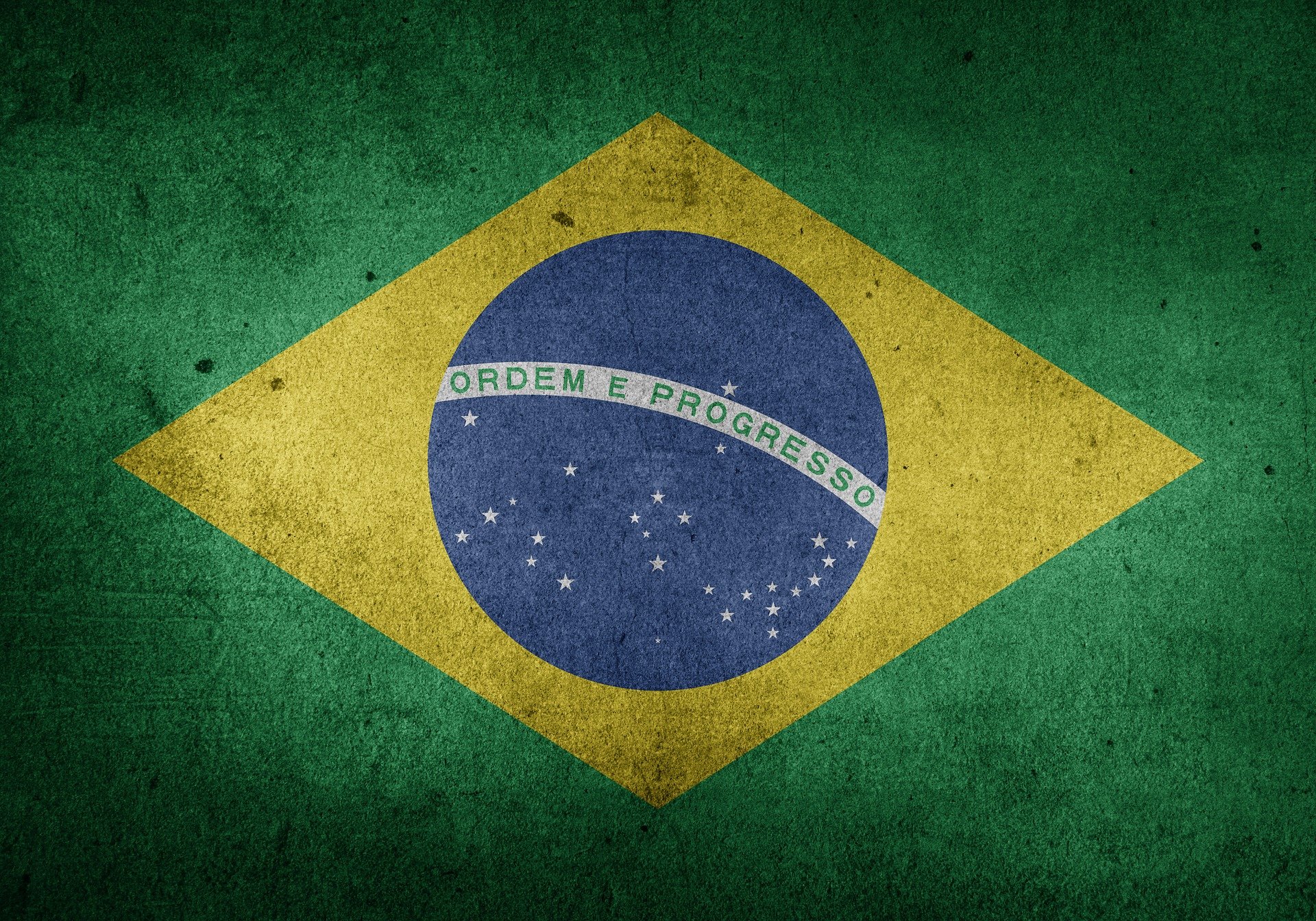 I'm going to review on Brazil's past match and their performance.

Best Game After Copa America Campaign.
Because 5-0 win? Not at all.
The place of relief is elsewhere. I was able to get out of the average football I was playing after the Copa America. Intensity gripping and tactical improvisation of the game has brought another level of accuracy.

If I'm not mistaken, there is no touch of Bolivia in the final third area of ​​Brazil in the first half. In the 52nd minute of the second half, Bolivia probably took the first touch in the penalty area of ​​Selesao. Firmino.

Maintaining a defense with so many highlines that you have to make sure first of all is that the opponent's counter can not pass your backline in any way. Midi Casimiro and Thiago Silva at the backline did just that. Not a single ball was allowed to be disposed of.

And Douglas Luiz, the fresh leg of Celsao camp, gave the lead in physicality in ball recovery and pressing in the midfield. Having a great time in the Premier League. I never thought that Brazil would adapt so easily to the team.
A midfielder with a high work rate like him may not create a lot of goal scoring chances but it would be much more instrumental to take control of a mid if you have such a mid in your team to challenge the physicality of the Europeans. Which has been missing from the Brazilian team for a long time. Douglas Luiz is the only player to have 100+ touch with Neymar. Again passing accuracy is almost 95% !!!
Whether the targetman or the distributor plays a role or not, this status tells what kind of high work rate service is provided.
Thanks to Professor Tite. Paulinah / Renato Aguest type to give information players a chance to play in the team to set the team combination from no player at all. Hopefully, in the upcoming campaigns, West Brom's Pereira will also check and choose.

I like Casimiro's captaincy. Despite having a set piece specialist like Neymar in the team, he took a free shot and surprised the goalkeeper with such a good shot. Without this leading from the front mentality, Selesao doesn't fit into the captain's armband arm. In addition to the Destroyer role, his role as Ball Distribution and Ball Supply in the Final Third and as a Crush Provider in the Penalty Area was quite impactful. Inform Casamiro R. in the final Brazil team

Neymar top class.
The second goal buildup came from his extraordinary pass. The chemistry between him and Renan Lodhi makes me hopeful as another solid creator in Left Funk is going to get Felipe Luiz as a solid performer in both defensive and offensive faces.
16 successful dribbles despite the fear of injury !! Ritimato cut alone two CB and rightback K. He doesn't want to say much about Neymar because he's always been in the national team jersey.

And Kotinah is back in the rhythm. It's a relief. He could have scored another goal if he had played his trademark shot well in the top corner with a side run in Zone 14. His chemistry with Neymar has not reached that level. You need to develop some understanding in passing during the training session.

I am in both crisis in the goal post with Ederson / Ellison. This situation was further complicated by Weaverton of Palmeiras. He had tremendous accuracy in sweeper keeping behind high line defense in his game. Allison is in the safe zone as a classical keeper, but it is safe to say that Ederson will be challenged.

But I'm disappointed with the whole right side. In particular, Danilo is not in favor of keeping Brazil in the future project. He is not available in important matches and his performance is overrated.
Not like Everton set on the right side. He shares time with left wing player Neymar. Just like Neymar playing full time, fitness is not always available.
Rodriguez is still new. Could not set the team combination. Failed to build a quick linkup otherwise there would be some good opportunities that he could take advantage of. Because his finishing level is good enough. And fullback Danilo Satheno will not be jammed. It is very clear.

Finally Renan Ladi. The best player of the first half match for me. In a word, it is remarkable for Neymar to go to an unmarked position with a blind run behind two defenders with the ball in the second goal assist. His off-the-ball movement was so terrifying that he passed more than Neymar in the first half. However, it was doubtful at first whether Alex Tales, who had just joined Manchester United, would get the full 90 minutes, as he would have to experiment with this position once the match was over. Still relieved, you don’t have to see an overrated player like Alex Sandro in front in a yellow jersey.

However, even in the 5-0 win, I would say that the main problem of the Brazilian team remained the place of finishing. Although Firmino has scored two goals, I can't give him much credit because the second goal did not give that sliding touch to the point blank position where Lodi / Neymar matched the ball, but Everton were behind to give the finishing touches. By increasing him, there are two very easy chances from the line breaking pass which could have got the goal keeper alone in the empty post if he could have taken control of the ball in the first touch.
This is the real work of a finisher. Although Firmino has not scored a goal, although he is instrumental enough in Liverpool, he is not a product of the Brazilian team. Because Brazil doesn't have a genuine scorer in two wings like Liverpool. There's already Cotinah / Neymar in Space Creator and Play Making who can spark the pass. Where Neymar sacrifices the scoring option and plays deep, it is a luxury to play a space creator like Firmino in Striking.
Brazil needs Pure Number Nine. So no matter how much Jesus does, I'm in favor of keeping him in the starting XI when I come back from injury.

Let's see how much this team spirit can hold in the next match.

Hey, that's a fantastic analysis of the match against Bolivia. I couldn't watch the match but reading your post gave me quite a picture. It seems the Juventus right back Danilo did not play up to expectation. Why wasn't he substituted for Alex Telles?

Brazil would still be hard with Marquinhos and Thiago Sivla as the center backs. I think that problem you might have seen with Firminho could be linked to his style of play at Liverpool. He is the playmaker there who delivers assists to Salah and Mane most of the time. That job at Brazil belongs to Neymar and at times Coutinho.

I think Weaverton was tried out in that particular match. He might have delivered but I think Ederson would still continue to be their number 1. Don't you agree?

Anyone would think they might be different people writing them!

Compare sentence length for example between this post above, and this Diary Game...

And sentence structure and complexity, and vocabularly range.

What do you think?

PPS If you ever fancy a more technical approach you can use Readability Testing to compare two pieces of work...

@steemcurator01 I am a little bit weak in English. I wasn't getting votes for months. But I saw others getting votes regularly. I thought I have fault in my English. I noticed that many of my friends getting votes by posting in this community. So I didn't take any chances. I tried to Improve my post. So I wrote this post in my mother language (Bengali). Then I translated in English. So I thought this might be better. I thought now I don't have to think about grammar issues. If translating is a wrong thing then I'm sorry. Please pardon me.

It is better to write well in your own language than try to translate into English.

If it is written well in your own language Google Translate will do the translation work for you.

Thank you for your suggestion. I will keep that in my mind. But my all efforts went into vain.

@steemcurator01 I'm hoping a reply from you.

I just had a look at some of the user's diary game posts. I'm afraid you are right. I initially thought the post was plagiarized due to its well-written nature but upon cross-checking it came out as unique. The user had already made this post here which is far different from the current one.

I also think it might be from a different author but the user is saying it was a translated version from Bengali which might also be true.

Thanks for pointing this out, I will investigate such situations from now onwards. The "textcompare" tool would come in very handy as well.

It's not a question of your ability to write a good post @nahidhasan23. It is the sudden change in your writing pattern that brought about the doubts.

If you write better in Bengali, you should stick to that as @steemcurator01 advised.

If a post is suspicious, we will always cross-check. There should be no problem at all if it is your own work.

Yes I agreed on this. Don't mind.