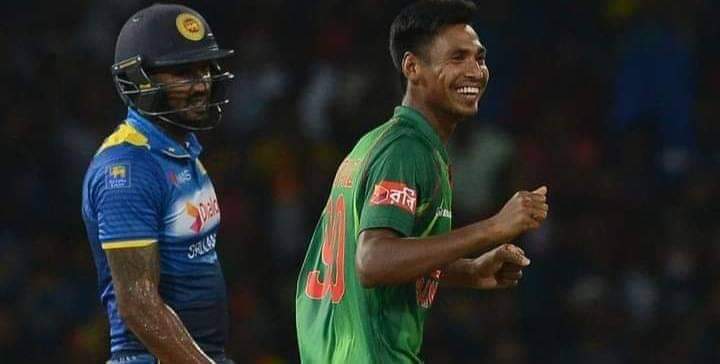 One-day or T20 matches are being added to the Test series against Sri Lanka in April.

The Sri Lanka Cricket Board again invited the Bangladesh Cricket Board for the tour. That is what BCB chief executive Nizam Uddin Chowdhury Sujon said. He said that the tour could be next April.

The proposal came from them. April is being targeted at the moment. This time there is a potential slot for Bangladesh and Sri Lanka. That’s how they are working. Nizam Uddin Chowdhury said that the ODI or T20 series could be added to the two Tests. However, the timing of the ODI T20 series will depend on the time.

The two boards reached to a consensus, they commitment that the Test Championship is right. In addition, if anything else is added to the Test series they are working to make that space available in our FTP.

According to the ICC's Future Tour program, the Bangladesh national cricket team scheduled to tour Sri Lanka in July to play a three-match Test series.

But the cricket boards of the two countries suspended the CTG due to the corona virus. The Sri Lanka Cricket Board wanted to organize the series after it was postponed last October.

Although the Bangladesh team was keen to go on tour, the series was postponed mainly due to Sri Lanka's mandatory 14-day quarantine and lack of practice opportunities at this time.

Initially BD cricket board refuse to go 14 days quarantine. They want 7 days but SL board didn't allow it.