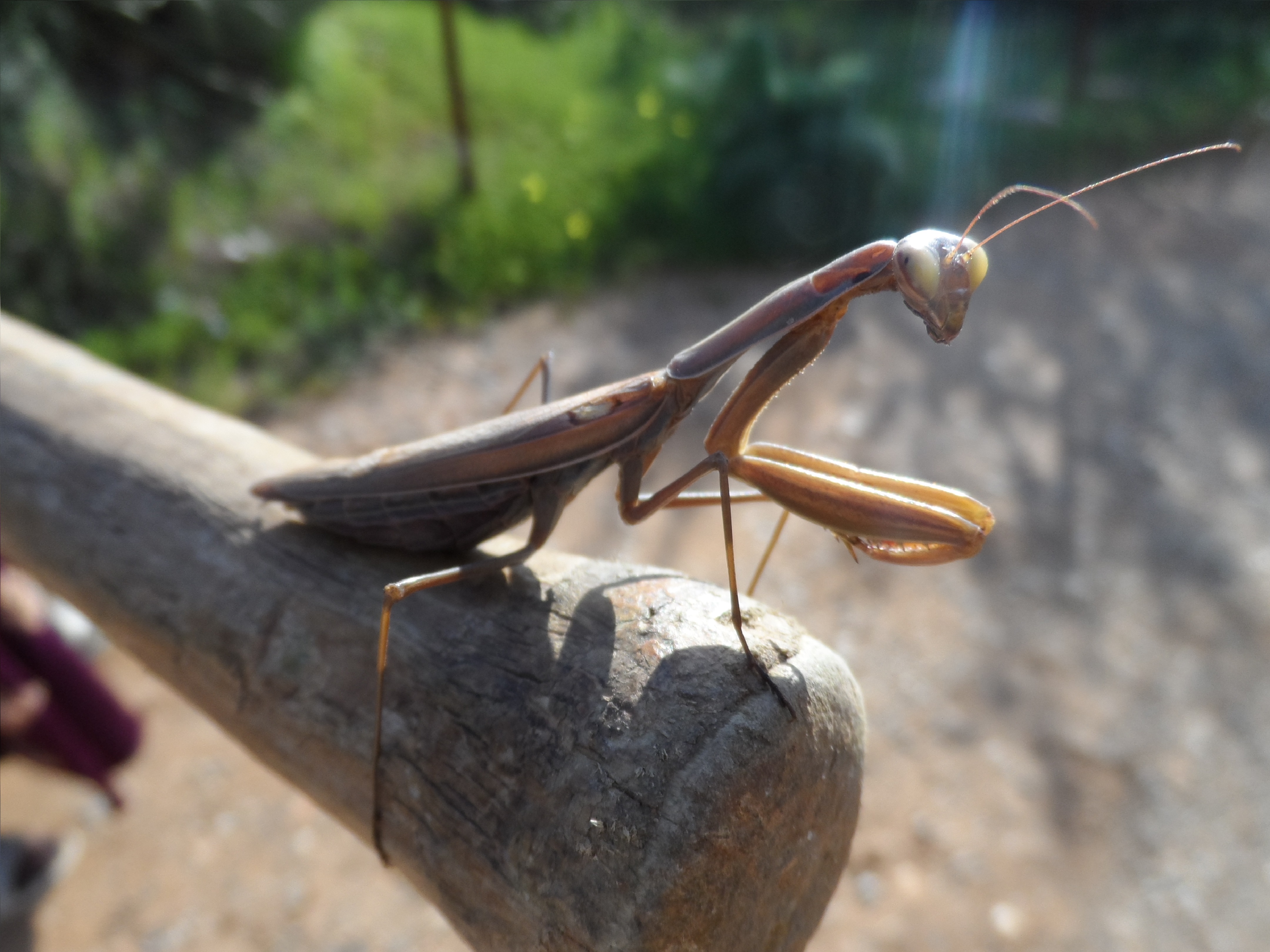 The praying mantis (Mantis religiosa), is a species of insect from the Mantidae family native to the Mediterranean basin.

It is an insect of green, brown or even beige color, measuring 6 to 8 centimeters long (the male is smaller than the female by 2 to 3 cm).

Mating takes place at the end of summer, between August and October, the mantis is known for its reputation as a devourer of males after mating, because it is no longer useful in the breeding of young.

Laying of around 200 to 400 eggs takes place before the end of the year on a sort of strip structure called an ootheca.

Then the mantis dies and does not spend the winter, it is in the spring that the larvae that feed on mosquitoes and midges will come out and free themselves from their protective membrane to moult in mantis.

Great photos!
I have mantises living on my balcony every year.
I took a lot of photos and videos.
But I need my son to transfer these photos and videos from the tablet to the computer so that I can set them :-)))

Thank you, and good luck.
Have a nice day.