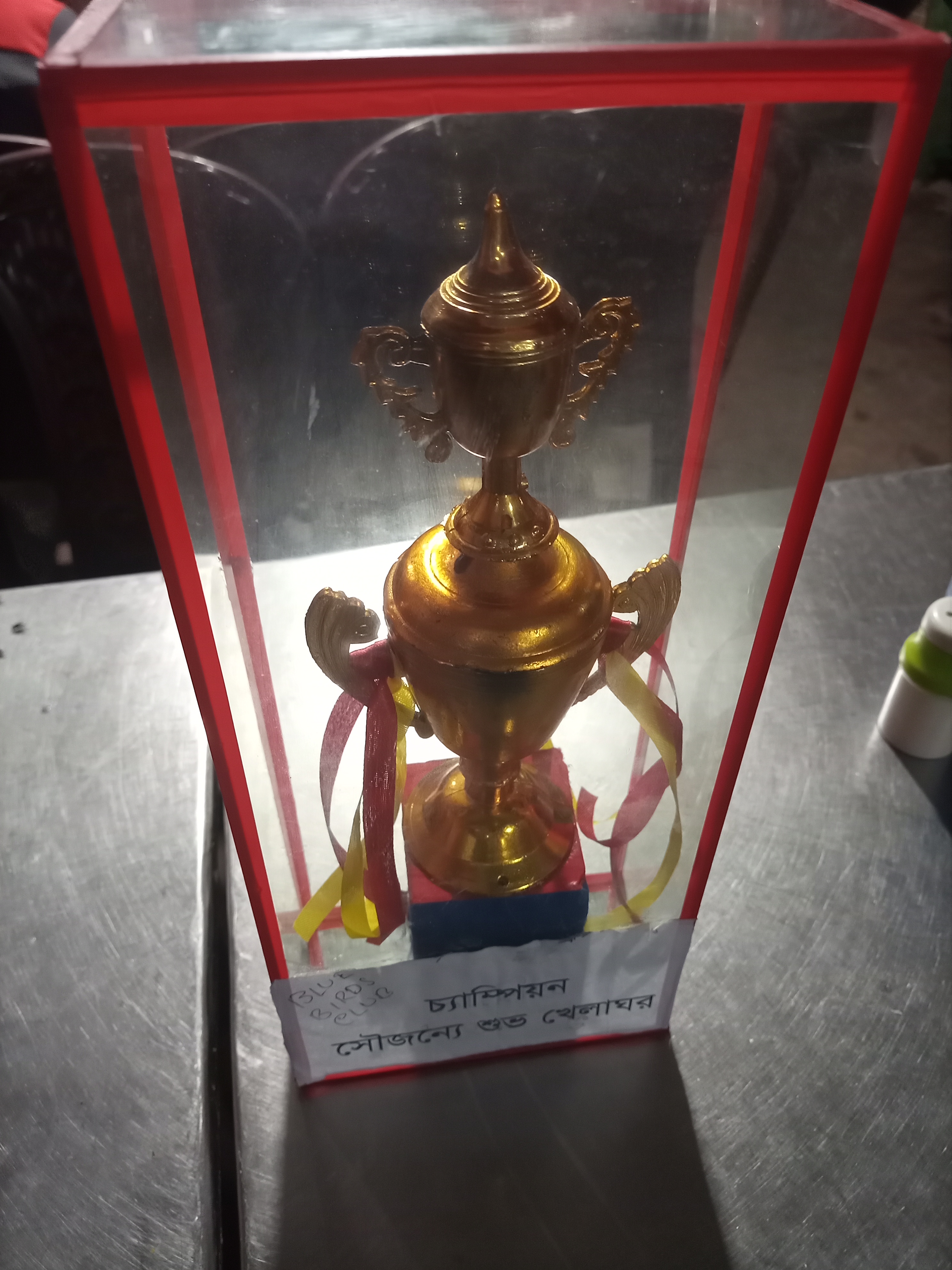 Assalamualaikum friends.
How are you all?

I'm much better. After a long time, I appeared in front of you again with diary game. Due to being very busy, diary games are not being posted regularly like that.

Today I woke up at 8:30 in the morning. The courier service in Dinajpur was supposed to get the clothes online so I prepared to go to Dinajpur by 9:00 am commuter train. Then I went to the washroom to freshen up then I was brushing my teeth.

After brushing my teeth and eating, I went to the station in a van. Then by train I actually went to Dinajpur by train. It took me about an hour to reach Dinajpur.

Then I walked from there to the Sundarbans courier service. Going to the courier service, I picked up the clothes with the money and went back to the station. After waiting for about 40 minutes at the station, the train arrives again. I took the train home.

After the call of Maghrib, I was preparing to go to play cricket. Today we have a one night night tournament in Phulbari. At about seven o'clock we all got together and left in an auto for the flower house.

Then we went to Phulbari by auto. About eight o'clock we reached the playground. The final of the night tournament will end here tonight. The champion team will be given a prize money of 8000 taka. Our team was very good. We were confident that we would win this match. Then we won the first match in a very easy way and advanced to the semifinals. We won the semi-final with great batting and advanced to the final. In the final, we set a target of 69 runs in 6 overs.

And we won the final match by 40 runs and became the champions of the tournament. We were very happy to be the champions of the tournament. Everyone in the woods was so happy we won. Then at the end of the game we went to the hotel and ate rice with beef. After eating and drinking, we left for home in an auto. About three o'clock we arrived home. This was my daily diary today.
Thanks everyone
@nadimmahmud

Congratulations you have become the champion. Your selfie has been good, especially for the green fresh paddy field in the back. Thank you for sharing your valuable post with us. I look forward to your next post.