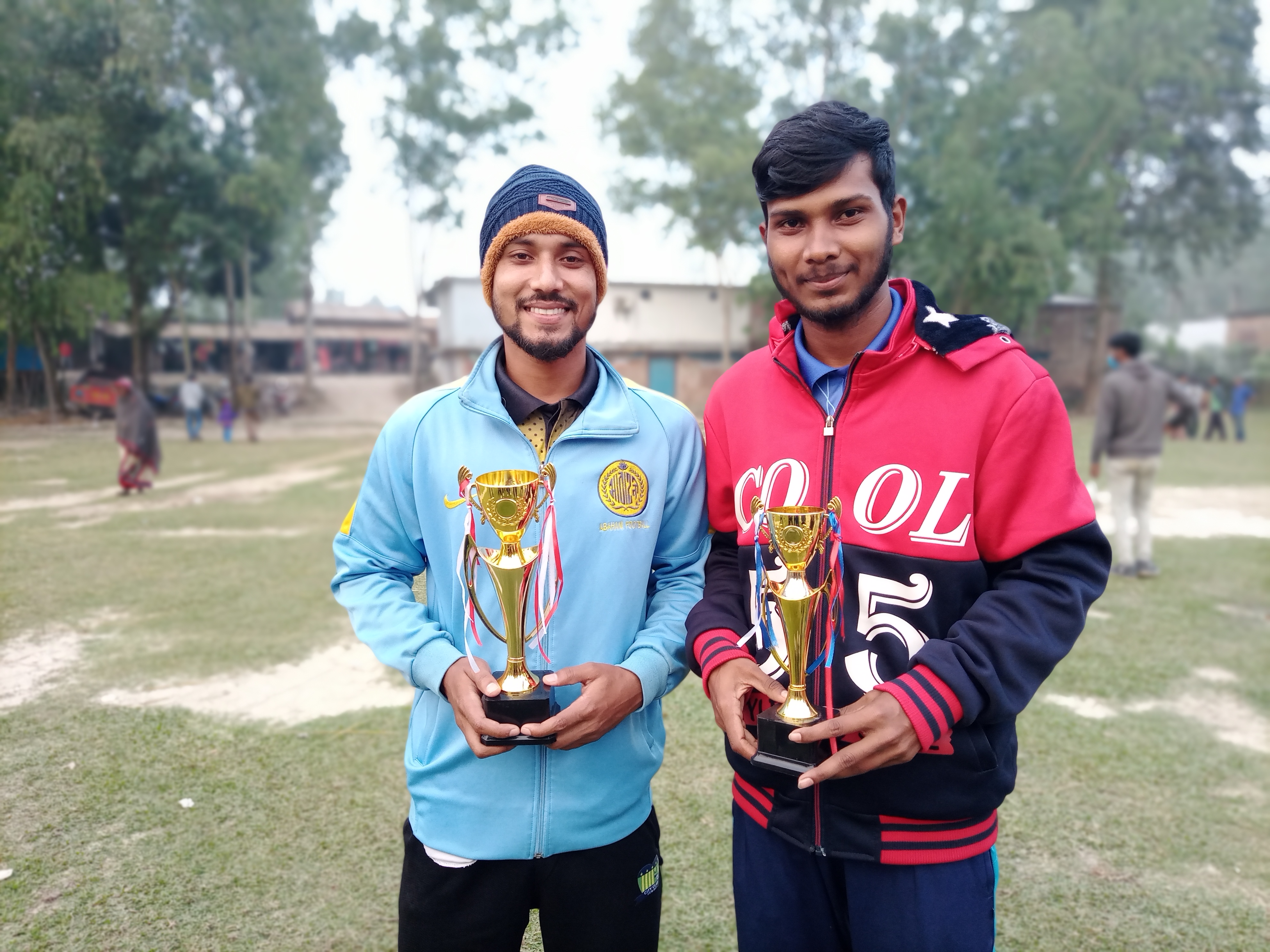 Assalamualaikum friends.
Hope you are all well and healthy. I am much better by the grace of God.

after the match with brother

I am starting my daily diary today in front of you:

Having a good day means enjoying cricket. Today I woke up at 7:10. I woke up and went to the washroom. Then I brushed my teeth. After brushing my teeth, I was preparing to go to Joypurhat.

I got ready and drove to the station. My train was to Barind at 7:45. I went to the station and got on the train and the train started on time. I was down at 9:25 in Joypurhat. Then I went to my elder brother's mess. From there the three of us went to Naogaon to play. Went to play in the auto.

It took us about 50 minutes to get there. We had a semifinal today. If we win, the final will be played today. The field was much smaller. Then our final match started at eleven o'clock. We bowled first.

The opposing team gave a target of 96 runs in 10 overs. We went to give the match three times before. Then we ate and drank in the message.

There we ate biryani and tea. It's a lot of fun to have tea there. Then our final match started at three o'clock.

In the final match we set a target of 93 runs. The field better gate was long. We lost the match. After that we ate and drank and came to Joypurhat by CNG.

Then we were waiting for the train at the station. Then by train we actually took the train to Parbatipur railway station. From there I came home.

When I came home, I washed my hands and feet and ate and drank. Then I ran Messenger. Then I watched a little game on TV. Then I fell asleep. This was my daily diary today.

You have been upvoted by @tarpan A Country Representative from BANGLADESH we are voting with the Steemit Community Curator @steemcurator07 account to support the newcomers coming into steemit.