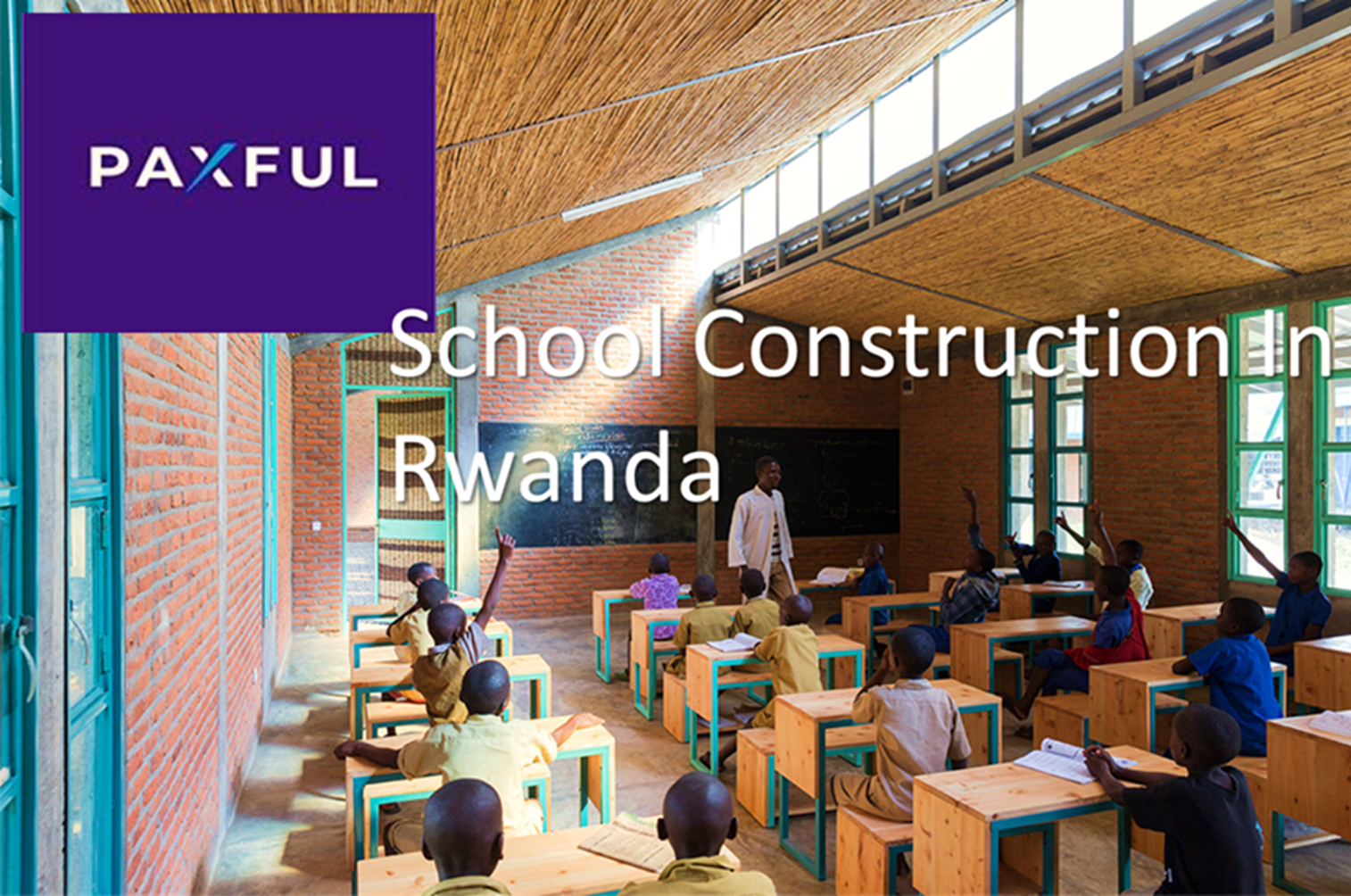 #
Investing in knowledge is the greatest investment that man can make worldwide. Acquiring knowledge permanently leads to growth, the human being deserves to be given the necessary means to develop learning, as well as, access to free and quality education. In some developing countries, the economic situation does not allow you to invest in educational infrastructure (schools). This has an impact on the high illiteracy rate in society, as well as the decreasing rate of qualified academic professionals. Such is the case of Rwanda, a country in East Africa where the population is mainly engaged in agriculture.

#
Education is provided in public and private institutions, the government guarantees free education, but poor children in Rwanda do not usually attend, because of their limited resources they cannot access uniforms or educational materials.

Paxful, is the P2P (peer-to-peer) bitcoin marketplace, where there is a successful buying and selling dynamic, since this site allows instant trading.

#
Paxful bitcoin, provides support to education, with its participation in two major projects: "Education is Life" and "Water Well"; achieving from this initiative, finance the construction of a school in Rwanda.
#

”Located in Kasebigege Village in the Bugesera district of Rwanda, the Paxful bitcoin-funded school will serve children between 3 and 6 years old in a city with over 7,500 residents. The school has three classrooms, four bathrooms, irrigation system and a 35,000 liter water tank, providing a stable source of water supply for students and local residents.” src
#

Paxful is a platform for customers who want to use the bitcoin currency as a form of payment, getting involved with buyers and sellers to make the exchange quickly and easily.

#
It is to be known that the massive adoption of bitcoin that keeps it positioned as the first cryptocurrency has also resulted in the collapse of the blockchain by slowing down operations with bitcoin and reducing the processing of operations per second.

#
Accepts the exchange of Fiat currencies, among which are: AWG, BSD, BDT, AZN and more than 140 cryptocurrencies.

#
With a contribution of $ 50,000 in bitcoin, Paxful manages to demonstrate that in an emerging economy, it is possible to get ahead whenever there is altruism as a way to meet the basic needs of the people. Donations made by the bitcoin community allow us to continue thinking about the future; Paxful proposes the financing of more schools in the regions of Africa, for the near future. The utility of bitcoin is really unlimited. Participating in projects introducing new technologies, computer advancement, Dapps development, as well as, diversity of architectures built in the bitcoin blockchain.

Through this exchange platform "Paxful", the consolidation of a dream for the Republic of Rwanda has been achieved. Giving this country a decent infrastructure in line with the educational needs of its inhabitants, mainly children.
#

#
It should be noted that the generation of direct and indirect jobs is also another aspect that must be taken into account. Beyond the student population favored with the “Building a school for Rwanda” project, there are the teachers and professors who will teach at the school.

#
Among others we will mention below:

>"In regions like Rwanda, where most people struggle to obtain stable banking services due to poor financial infrastructure, decentralized cryptocurrencies such as Bitcoin allow anyone to freely transact and settle payments on an equal to equal basis. (peer-to-peer).” src

#
This review shows how bitcoin acquires a commitment to society, equitably distributing the wealth generated by this company according to those who need it most.
#

Looking to the future

#
It is an exemplary fact that we have developed in this article and the contribution it leaves to a broad social stratum in Rwanda.

Since, as you will see, all this educational component mentioned above corresponds to children, fathers and mothers who are going to improve their economic and social situation.

#
Growing culturally, and also having how to bring daily sustenance to his family, which they lack so much.
#

#
After having finished today's topic, I can ask myself several questions:

#
"It would be ideal if more Cryptocurrencies joined to make donations, which could collaborate with the emerging economy countries in the entire world"