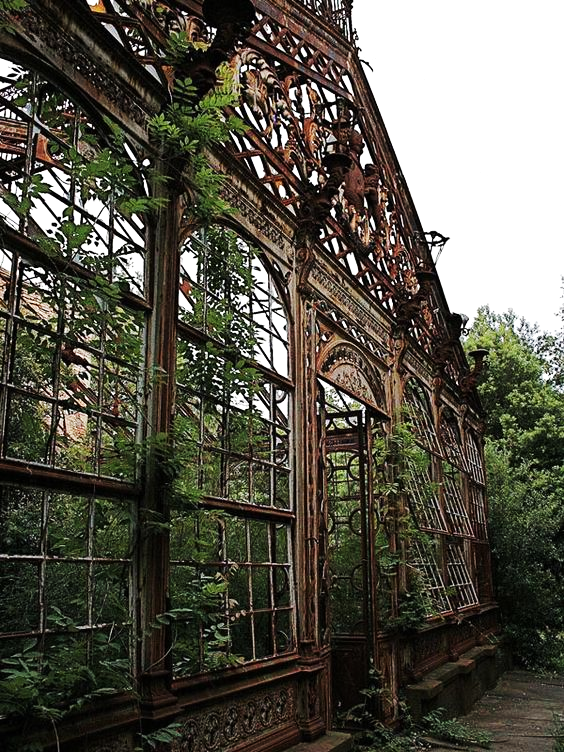 Holy God! They arrived. I took almost a sip, the contents of a can of red bull 0.75 Lt, which I had put in the refrigerant cellar. A drink with enough electrolytes and caffeine to rebuild even a catatonic body, which by mistake, has been left in the morgue with signs of premature death. I made sure I was really awake !, rubbing an ice cube on my head and back of my neck. After taking a 650 Mlg acetaminophen lozenge, I placed six drops of artificial tears, three in each eye. Finally !, I attached my reflective glass glasses and an expeditionist's Salacot hat, fitted up to the eyebrows.

It was like that, and only like that !, that I dared to climb that Land Rover, which would take us towards "The orchard".

What started as a simple toast at the end of the day, after joining the group of "Naturalists", everything got out of hand.

So, I am going to tell !, first and foremost, what happened the night before. When, having had a meeting of professionals from the research union, at the end, a reception sponsored by the naturalists was offered. Between drinks and experimental, "homemade" drinks, we spent much of the reception chatting and exchanging impressions. Colleagues closest to me, from the beginning, prevented me from keeping a certain distance with the naturalists. They said, based on previous experiences, that the tutor, a researcher of atypical plants, was a complete energumen, recognized for being the owner of a large garden called "The orchard".

Precisely, when for purely professional reasons, I was interested in talking to that guy. Despite what was advised, in the middle of the gathering, I went directly to deal with the Rastafarian energumen, owner of the garden and president of the council of naturopathic medicine. Who wore the Ethiopian flag as a turban on his head.

Despite its unique and modern appearance, mystical and disheveled. That professional of nature, an expert in the properties of flora and connoisseur of herbs, also denoted security. Given the occasion, I could not let the moment pass and getting closer, I wanted to inquire for myself in his professional judgment.

I started a dialogue with the naturalist:

_ I am, "Botanist". Investigator. And in my most recent work, on phanerogams, I dedicate myself to studying plants with a self-reproductive system, those that usually do not have fruits, but, yes, flowers without a pistil.

_ I mean: Plants with spores, which are sexually perpetuated through the pollination process or by self-inflicted fertilization.

What? that's it... (replied the nature expert)_

_ Well, I'll tell you in the most commonly known way, used for collective understanding. They are called seedless plants.

"Sinsemilla"... I do know that one !. I'm beginning to understand, do you have a little of that? (He responded ecstatically...)_

"As you can see, my conversation with that man was quite short and incomprehensible. I would say, absurd! But if everything has its place in the world of mortals, I think that even a son of Ya', should have something to contribute to science."

He told me. I work with:

Ferments obtained from citrus fruits such as lemon balm, peach and soursop shell. The decomposed noni, the old bread as yeast and the pulp of craft beer. Extract of cheap mortar crushed in a mortar, then decanted with the centrifuge and sterilized in the pasteur machine. Both devices, belonging to the organic chemistry laboratory. They are the tools and the by-product invented, by my group of experts, specialists in taking advantage of fruits and their numerous properties, for human consumption. The juice of sour grapes, graft produced in a student niche, orchard of an experimental greenhouse whose access, restricted, is located on the roof of the university's science building. It was also financed by myself, thanks to "The orchard".

That sour wine, the color of blood, served in recycled glass containers. With a strange decoration of petals, red and white... It was the sensational drink for consumption, with which the naturalists consecrated their fame as hosts of the night.

After serving two drinks from the shaker, offering me mine, the naturopathic doctor continued to use his right to speak:

After continuing with the absurd nonsense talk and having made the appointment to travel the next day to "The orchard", I ended up avoiding that subject. I spent the rest of the night talking to my colleagues, while, severely drowsy, and something else, I had several of those drinks with petals...

Returning to the thread of the story that I proceeded to tell you initially. To this end, I continue:

It turned out that the next day, heading to The orchard. I spent the four hour trip completely asleep in the back seat of the vehicle. Despite the electrolyte drink with which I tried to compensate, the painkillers and the big glasses, I was still in the hands of the "poppy".

We arrived; said the driver.
Ok, let's get down! They all answered.

They began quickly, desperate, as I had never seen them before. To take a sample of the area, without any study or technical procedure, apparent... They filled their bags for themselves with flowers from the garden. They ate the petals, like what cake... "Bells", found everywhere, in The orchard.

"But I, I did not stop! I only saw them, lightly, from the window... I continued my journey in a vegetative state; without stepping on the surface due to their soft and liquefied character... because of their appearance of burning lava that It promised to swallow me... Even with my eyelids drooping! my eyes saw the citrus color coating the shapes around it, like amalgam of plasticine, like tiny clay figurines... And I felt my face bent, and my lips felt like velvet..., and I felt my nose become the size of a cold cut, to the point that it no longer fit in my own face..."

Do not you think get out of the car?. One of the biologists told me.
"You are, Lucy in heaven...". I replied, stammering, without even knowing what I said...
Hey, wake up! ... We are in "The orchard".
"Imagine yourself in a boat on the river", I insisted with the song...

Getting off the Land Rover, I was standing in an immensely large field, a garden, stretched from north to south, from east to west, with the largest herbaceous plantation that my eyes had ever seen. Property of the naturalist. It was "The orchard"...

The red flowers, with a variant between them, white. (PapaverRhoe, Somniferum); it was the genus to which the plant they used as raw material in the laboratory belonged. Which, even in my asleep state, under the alkaloid effect, I could still identify it by its real bell-shaped poppy.

A madman! I said. Just that, he's a bloody energetic owner of a bloody poppy garden...

Congratulations, your post has been upvoted by @scilwa, which is a curating account for @R2cornell's Discord Community. We can also be found on our hive community & peakd as well as on my Discord Server