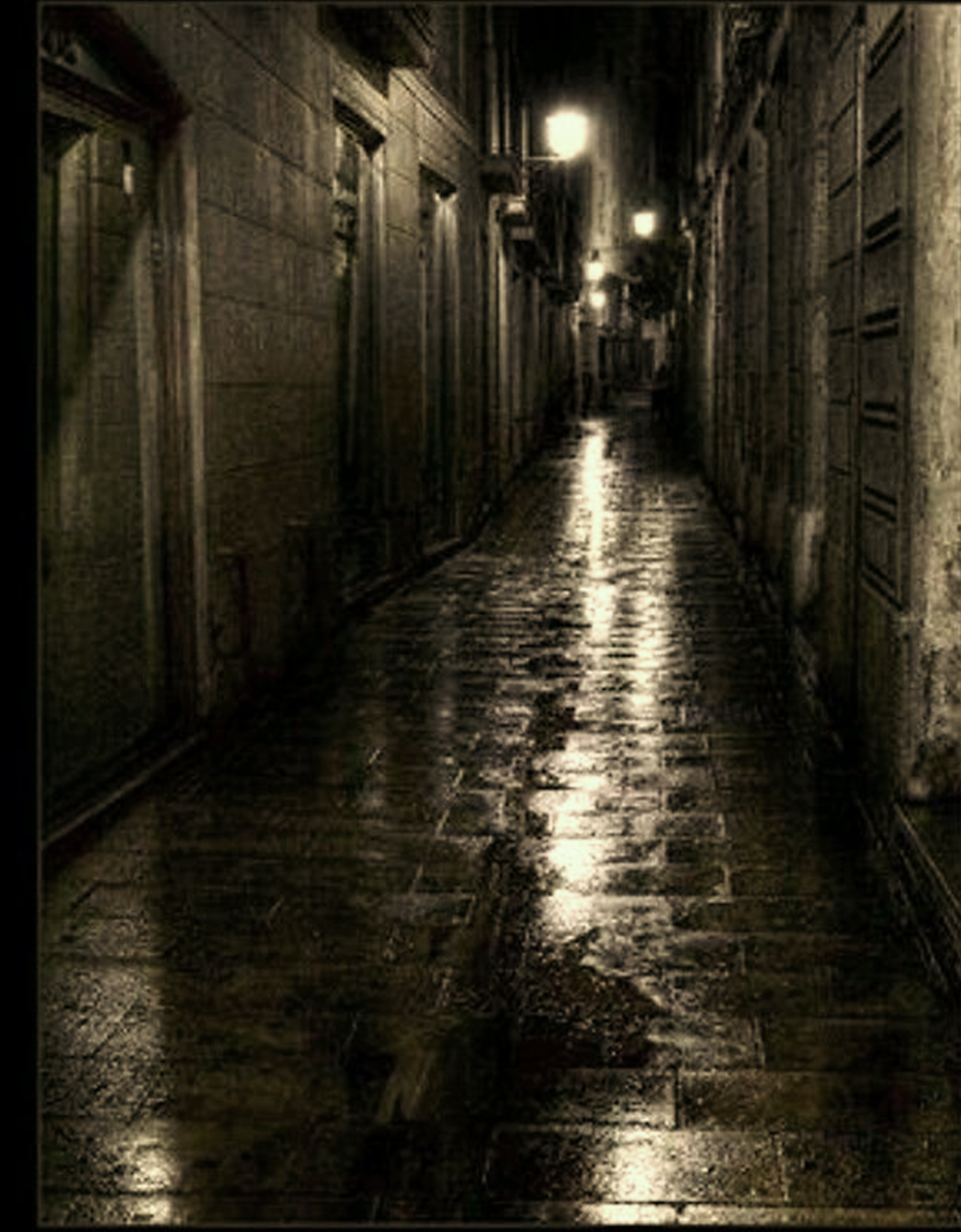 I must begin by describing that piece, a bait room, housed in the side corner of the star-shaped fort. A small old castle which I discovered on one of my solo walks through the old town fair. When I walked in search of peace of mind, walking without distinction of place, left carried away by exuberance. The boulevard, the benches made of oak wood, the porticoes of yesteryear, the rose bushes, carnations and lily gardens. Cobblestones of pre-Hispanic design, external details, Renaissance construction of the central nave of the church.

Being, despite the excessive glamour, the greatest delight, the tranquility and spiritual peace that it provides to my anguished heart, those recesses of yesteryear where I sought to find some inspiration.

It was like this, when in my heavy gait and slow steps, with my tiny digital camera tied to one hand with the cord, my graphite pencil and my notebook in the other hand, I was surprised. Subtly attracted from the narrow of the alleys, by a candid signal, exclamation, naive and mysterious voice, suffocating, that came from the frame of a window...

It was a kind of chamber, isolated, located on the prominence of the cyclopean wall of coral stone, which, meticulously sealed with mortar material, was remarkably a very ancient manufacture.

I would say!, no less than four hundred years should have erected this fort located in the center of the city.

It had a cantilevered beveled ledge, located at the top. Carefully ornamented with climbing ivy, which gradually made the opening of the skylight visible. I detected it, not because of its physical detail of a fifteenth-century relic, but because of the sobs and opaque murmurs that shocked my soul, filling it with intrigue, silent screams, like songs, which came from within.

I have always made an effort to listen to the sound of silence, a minimum decibel, almost imperceptible to the human ear. Which as a beep, gives off that infrasound that sneaks into the environment of places alone or with little concurrence. That feeling of isolation that leads me to serene peace, so necessary, when I try to find some raw material with which to do my study. As it is, as now, when unexpectedly I heard siren songs coming out of the walls of the tower, enigmatic, my spirit began to stir and gave rise to that sick desire to know, which, moreover, has always characterized me.

With a hint and resignation, I ignored the public laws and regulations for the preservation of heritage. More was my concern, my caprice to discover the origin of those strange noises that now accompanied by a slight metallic vibrato, a repetitive and sordid percussion, convinced me that it was an intelligent act, the product of indisputable human ability. Thus, ignoring the "Historic Site" sign, which hung from the perimeter trellis, in just a few minutes, I was climbing the coral walls, attached to the main ivy bower trying to reach the edge of the battlement.

The ivy sat on a serrated shelf of hexagonal compartments rigorously fastened with coal bolts punched out of the coral stone; that massive, circular wall, covered in black and sandstone colors, was a jewel of the colony. When I saw myself perched!, Trying to reach the last support stake that would allow me to finally reach the sentry box; for a moment, I feared being apprehended, I felt guilty for violating a historical monument and I thought that I deserved to be punished by the authorities. I supposed that I looked like an insurgent ruffian from the region or a barbarian pirate invading the shutter of that eminent war fort.

The ineffable whim won! Having reached the skylight, attached to the sercha and hidden among the foliage of the climbing plant, I first devoted myself to listening, putting my ear to the gravel of the window, trying as much as possible not to be seen:

"An esophageal and truncated voice, almost intelligible, pronouncing strange monosyllables of short duration, with those interminable pauses that were the twilight of being as one who pronounces the last word on his deathbed".

"Again, the whispering one, as if it were difficult for her to breathe, made a rare timpani or bass element sound out of tune with a metallic out of tune echo... Again the melancholy sequence began, little by little, the opaque frequency became crying, a cry an almost faded tear that progressively became the saddest melody, somehow, music, eurythmy, because it enjoyed a cadence in a strange solfege code, for me... it was a sample of the purest cacophony".

What the hell was that I was listening to?

Being an apocalyptic surrealist writer! I'm always used to getting into the biggest plot mess. The set of guttural abstracts caught my attention and I wanted to investigate them, I wanted to know their meaning. Somehow it was the encoding of some kind of language, a lost language, an auditory anagram with an encrypted message. Maybe it was a cursed ritual or prayer that I was about to reveal... Definitely, however I saw it, for my part I assimilated it with pleasure and joy, I knew that I had found the reason for inspiration complex enough that I had so much wanted. So it was time to take the next step; enter through the skylight and discover the author of the gloomy requiem. Supporting myself on the cantilever with one knee and holding onto the sercha with one of my hands, I took an edge jump and then skidding down the wall like a ninja on a secret mission, I was already standing on the inside of the battlement.

Holy Mary, most pure from heaven! It was the most tenuous and rotten expression out of my pagan heart, incapable of ever falling into idolatry, it was the voice of someone who believed to have seen and recreated within the framework of his writing the most blurred and crude images that could have existed.

_I was in front of a crooked and unreal finding as my eyes have never seen it, it was the effigy of the, the shadow of the dark remorse that had waited for me during the passage of so many years, for now, finally to find myself and ruin my life completely with its languor and its base decadence. I came across an old woman with wrinkled and fake skin, with white hair, so long that she used it to cover her body as her only clothing. Body, or what could be called, rather, bones under a fused skin. The old woman was holding in her hand a kind of ancient three-stringed citara, apparently made of mahogany or maple, with mother-of-pearl pegs and a strange wire rope attached to the neck. He tried to tune the instrument to the sound of his own crying; Ade, dui, doo ... Ade, dui, doo ... was neither more nor less, the musical scale pronounced by his mouth puckered and bruised. With joints traced on a back that could no longer support itself, it lay sprawled in a corner, lodged like a purulent, whitish leather sack. From there, from that dark hole came late, phlegmatic, monosyllabic tones, and the apparent rhythm of their fateful musical consonance. He turned to me, with his face covered by fluff and pausing the trova monserga, he said to me with the pointed phalanx of his finger, saying, tangled in the sputum:_

While she calmed her crying, she served herself in a cup, hot water, with an infusion of roots like ginger, they were mandrakes, which seemed to come to life inside the gourd. That long-lived woman of at least one hundred and twenty years who sipped from a cup of tea, seemed to be there, as a prisoner of time, she seemed a slave of the anti-republic condemned to centuries of oblivion and ignominy, or perhaps, she was a spirit collider grieving in the confinement of that place that was wielded by the ground, before me, trying to come alive from the hand of who inquires among the omissioned beings separated from the world. In any case, the same, he invited me to sit down. He said: I have to finish my recital for the fair! He gave me a drink of his syrup and continued to sing for me, the sobbing songs from beyond the grave... Ade, dui, doo... Ade, dui, doo...Ade, dui...

I do not know what time, or in what colossal way, I managed to leave the castle with the shape of a star and coral walls. I skidded again, through the ivy and cleared the perimeter fence without anyone seeing me. And so, I left the city center, its monuments and its historic center. I could not leave! Without first thanking that singular and obscure character, to whom I now owe a lot, to whom, I also welcomed my thickened bibliographic records, finally answering his previous question: