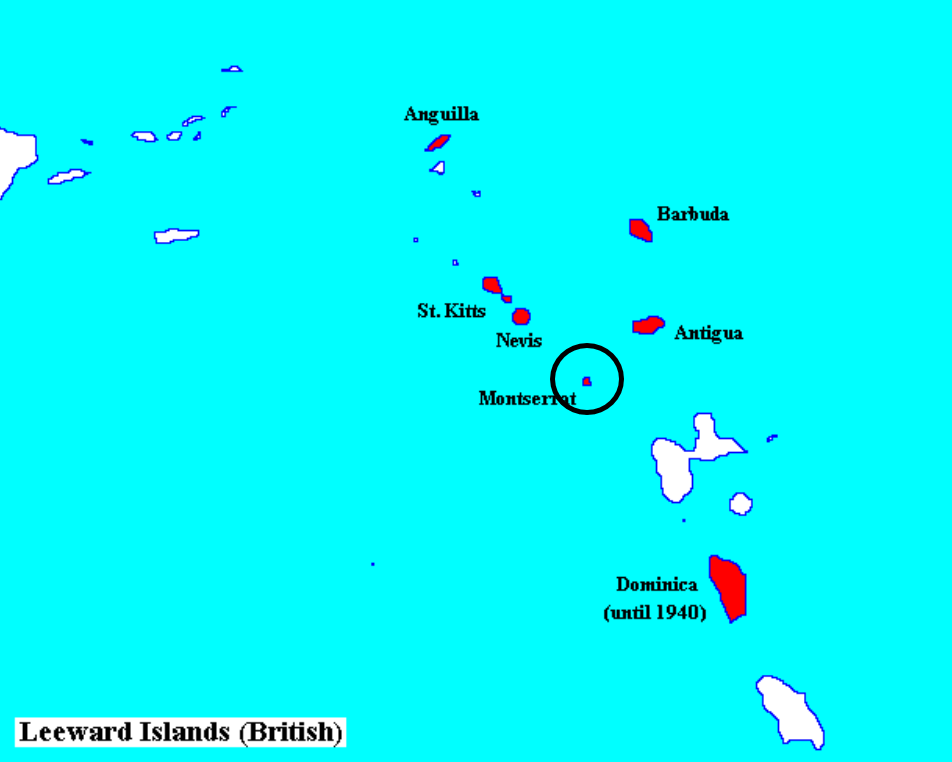 We were accompanied by four explorers, seasoned globetrotters with extensive experience in hiking and survival skills. We counted seven people in total, including my young wife Magdalena whom I was dragging along because she did not stop crying since I stepped onto the mainland and the local tour guide; a bodoque of English origin, talkative and nickel, with a certain superstitious air, with exorbitant eyes, as if they wore a scared grimace. This is how the hitherto cohesive group of newcomers to their final vacation destination in the Windward Islands, north of the Grenadines, has been formed.

Within the framework of my studies on Neocolonialism, it had caught my attention how that series of departmental dependencies were formed so strictly located as a cordon in open waters of the Caribbean Sea bypassing the continental shelf. It has made sense that after the extinction of "Colonialism", due to its warlike and dominant character, this new form of invasion arises, designed as a mercantilist strategy that gives continuity to the exploitation of the land for purely economic purposes, pretending the supposed emancipation of a territory, to which the figure of "Country" is legally granted.

I tried as much as possible to abandon somewhat the idea of ​​incursion into geopolitical lands laden with base history about the division of the world by world powers after the First World War. With the sole intention of getting its resources and generating sufficient influences on the geoid, as well as achieving the most adequate military positioning. All at the sacrifice of culture, traditions and the right of self-determination. It was then that I dedicated myself to getting to know each of the members of the group better and establishing a relationship of enjoyment with each one, the real reason why we were there, despite my subjective personal interests in the research.

We were in Montserrat, a lesser Antillean located in overseas territory. We arrived on a commercial flight in the middle of the year nineteen ninety-five, when I had just married my third wife. "Magdalena", my wife, who after making a meticulous search for tourist destinations decided whimsically, for that island. Magdalena, was exaggeratedly emotional and from only seeing the satellite image of the island, as well as some photographs of its beaches, mountains, equatorial humid climate, tributaries and the colossal "Soufrière Hills", she did not stop crying all night begging me to come up with his idea of ​​going on a honeymoon to a bloody volcanic island. I accepted! For the better, of whom, a student of contemporary history, I was beginning to feel comfortable in that inhospitable and distant point located more than nine hundred meters above sea level, loaded with eccentricism and a dark past.

Our hotel was located in Plymouth next to the church. Place where, after leaving our luggage, we meet sitting on the grass around a small fire. Given that it was afternoon hours and a storm produced by the northeast trade winds was hitting the entire coast inclement, so on the advice of the guide, we decided to leave the excursion for the following morning. Meanwhile the fine mist, close to lead-colored, was lost from view over the Plymouth hills. A medium-sized cotton plantation, stretching out in the distance in front of us, was bathed in the filter of dim afternoon light amidst a mixture of saltpeter and hangover mist, a common behavior of the northern climate in the Windward Islands.

It was like that, like two fellow excursionists who were athletes of the waves, champions of Surfing. Attracted by the prominent cloud which quickly turned reddish in color. They sensed, according to their own experience, that that cloud would bring to the sea the bombastic, irresistible surge, of which a lover of extreme sports would never resist. No matter how insistent the hustle and bustle was made by our guide, born and raised in Montserrat, he said by himself: "I know this island!... better than myself"; also, of being the only place that my eyes have ever seen... I repeat: "Please don't go, Don't go, men...", please, don't go.

Magdalena started to cry! Her crying was fatal, uncontrollable and exaggerated. Nobody could stop those boys, they disappeared with their boards in the fog, making me remember the legend of the ghost of the Ilegales Asturias highway, or the surfer skull of my so beloved Los Fabulosos Cadillacs. I took Magdalena in my arms and told her to calm down, I promised her that tomorrow we would meet the surfers on the beach and everything would be fine. Then the guide, with no intention of encouraging, mentioned that a little less than six years ago, in Nineteen Eighty-Nine, a terrible hurricane had hit the island, ending it completely. He pointed out to us that everything we saw around was the work of reconstruction by the British Crown. According to him, the entire coast was devastated that time by the impedance of hurricane Hugo, which shattered everything that was found on the shores and beyond the coral reef. Right to the place they had, those two unlucky surfers.

His story only caused the excessive crying, even deeper, of my already heartless wife who now seemed to enter shock and I without having another alibi to try to calm him down. Engulfed in the greatest despair, due to the endless endless whining of Magdalena, I decided to take him to the church so that he could regain his faith, vent his groan magdaleno. To which I am used to, I wanted to put an end to the best style of exorcization. I left her, alone, on the bench next to idolatry and went back to the others. The two remaining explorers were: an army soldier and a birdwatcher, an ornithologist, who had only come to the island to observe the birds. The reservist took his compass, a survival knife, some halyards and went to the shore of the Soufriere. In the same way, the Pajarero went for his tent, his camera and his kaleidoscope tripod, setting off behind the soldier.

Now we were two orphans! Two disinherited imbeciles, sitting on a hill in Montserrat. I, sentenced to do nothing but listen to the dark stories told by a superstitious talkative bodoque. What at the beginning was a pleasure trip and at the same time, me, little honeyed, honeymoon. It had become an indeterminable evening of vague moments in some lost point of the Caribbean Sea.

It was late afternoon and there was only a small reflection of sunlight left, minimal and gloomy. An atmosphere that close to night, turned greenish gray. A metallic, melancholic and sad sunset, insinuatingly apocalyptic close to the purest genre of fiction...

The guide was silent! His eyes seemed about to drop to the ground and roll down the green Plymouth Hill. At last! I was close to thanking heaven for making the bodoque shut up. When suddenly everything changed... It was, in this case, a change from bad to worse. The sordid shudder of the little valley where we were lying hurt my ears with the snoring and caused us both some confusion. We did nothing but look at each other for a long time, unable to react, or move, or even speak. That noise from the stratosphere left us paralyzed, numb and disoriented.

It was after several minutes that we urged, by human condition, before the imminence of danger, to react deliberately...

"You will already suppose the rest of the story and how, in 1995, Magdalena and I escaped from the eruption of the stratovolcano "Soufrière" and its pyroclastic cloud..."