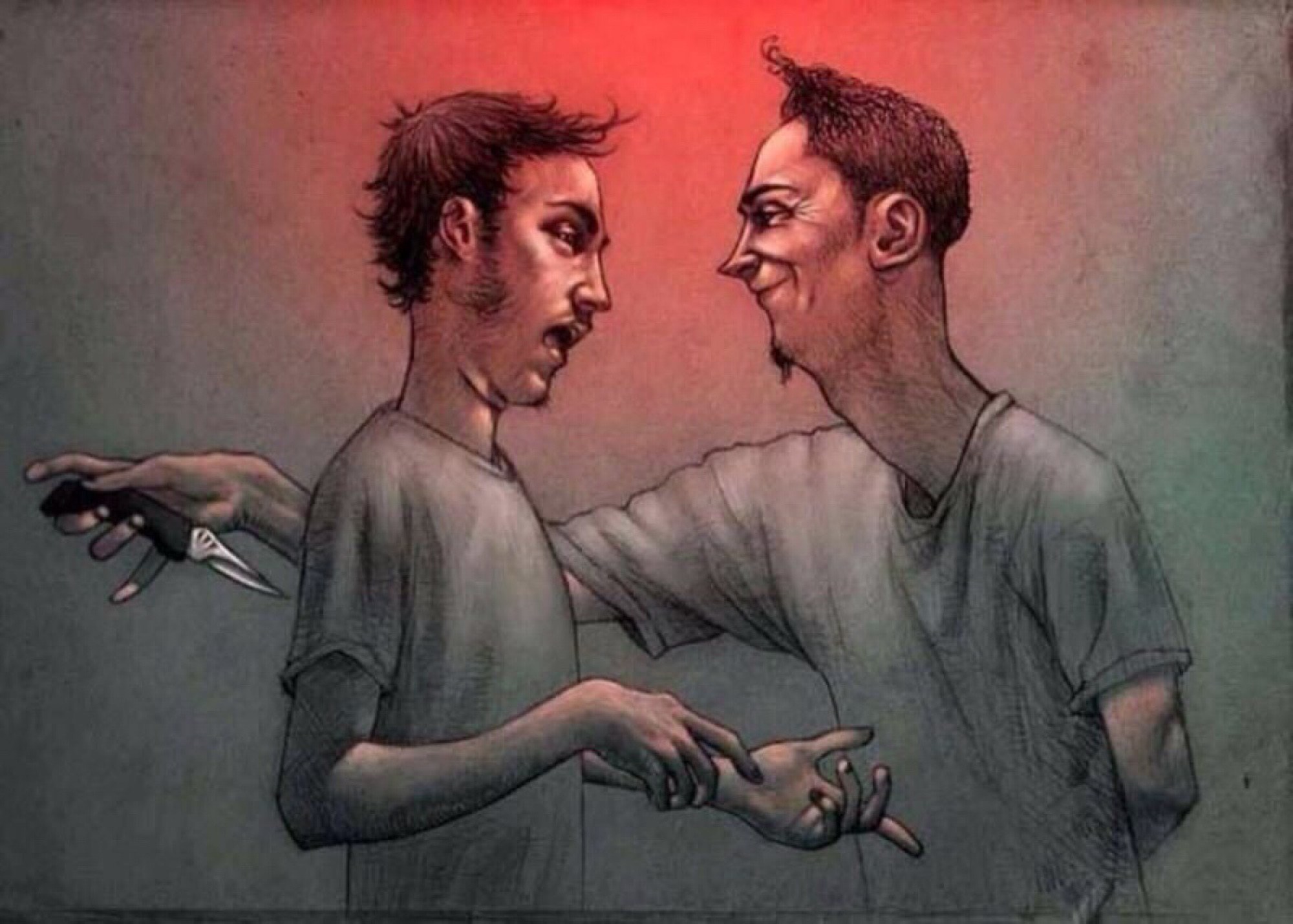 I decided to rush through the crowd. Mixed among people, the words fly and are lost, their essence transformed into a collective murmur is confused and nobody pays attention. I was shedding an uncomfortable thought, some kind of capital sin, which I was stunned and for no reason was willing to reveal.

In my way of thinking, talking to someone should be a neat process where common themes are objective, seeking solutions or aspiring to index a message. Otherwise, communication is lost and it is not worth it.

After talking, as usual, with a neighbor, I once again noticed that his egocentric, challenging and equal appearance, as always, only led to us ending up talking under the street lamps without reaching any conclusion.

Now, I just want to walk! Let the faces of the people around me be the common gesture of indifference that makes me forget what I have done.

Nothing like talking with my true friends, the voice concord, in a closed room of the mind, where the innocent child is, the one who always tells the truth, the old man with his experience, the woman, always ready to listen, the storyteller, without equal friend, a wonderful being to whom I owe so much, even the mysterious man who walks behind me and suddenly disappears without a trace...

My imaginary friends, they take on a different shape every time something happens to me, as if they know what I think, they accompany me and adapt to me, helping me to think.

I still remember the face of the neighbor, brushing the hair on the jaw with his hand, his foot resting on the front wall, with its marked abdominal circumference and petulant voice. He takes a deep breath every time he intends to interrupt what I speak, as if my opinion is worth nothing, he has the ability to boycott with crude words, what I say, leaving without effect my dear participation.

We used to talk about work, family, how to earn a living, our skills and points of view. Having more or less money was not a topic of conversation for me, it did not mean anything, in my opinion, our income is proportional to the performance of roles, as long as it is earned honestly, it will be fair and deserved.

But he does not hear !, he is an automaton, all his sentences begin with "I", this is him, the most skillful, who wins everything, who is always right, if not, for him, speak, Has no sense.

This time he went too far, took a stone from the floor and using it as chalk he drew a scribble on the sidewalk, said:

It was a kind of second-rate cave figure, a headless dog, striped like a raccoon, a report soulless spot, which any five-year-old could improve. I don't care about it, I thought, If you see it, it's because there it is! I don't have to judge you.

Seeing, that he had no ovations, he took the characteristic breath of air, putting himself in tone to cause annoyance,

_ I, I tell you! I, yes, I have talent! Any improvised drawing that I can make is worth more than what you write...

Again, he ran his hand over his beard, shifted his support to the other foot with which he littered the wall, covered his mouth to burp, and gave me that conspiratorial look.

Usually I do not pay attention to no meaning, ignorance ignorance. Any soez version coming from a human, to me, is null.

I would never occupy the confined space of my brain, with junk.

But this time! This damn first time... The layers of my mind were removed, like folds coming out of the subsoil, cracks, which revealed a thousand demons crying out for freedom...

I never had such a wicked thought! My life consisted of seeking peace and harmony, and using it as a basis for inspiration. Now my eyes went from the macabre jaw, the beard, the perfidious look and the absurd words of that subject. They focused on the lower part of the neck, specifically, on the apple.

There is a kind of depression, which appears and disappears, for a brief moment, in the trachea. You can perceive slightly, the heartbeat in the concave fold that is produced, each time it is swallowed...

And my imaginary friend, for a moment he was the demon of perversity. "Do it! Do it, end this..." It was his voice, my advice, the beginning of the plot, I thought about it for a moment and the malignity caused me joy. The wicked snoring: "Do it! Do it...", he continued.

It is a habit to always bring my notebook and a sharp number two charcoal pencil with me, in case the muse of inspiration surprises me and thus, never let it pass. I put my hand in my pocket and held my tension fist, I only saw the humorous scrawl that I had drawn on the floor, the vile character. My mind echoed, the sudden voice, which took shape, dragged me to sin, with the engraved emblem of that phrase, lit in the flames of hell:

I decided to walk through the crowd, the words fly and are lost, I was shedding an uncomfortable thought, a kind of capital sin, which stunned me and for no reason was I willing to reveal.

My imaginary friends were partying, locked in the room, pleased, by the new entry to the guild, the perverse friend.

I remember, I had to go to the store to buy a new charcoal, number two, because the previous one, I left it stuck in the Adam's apple, in the lower part of the neck, of the damn neighbor...