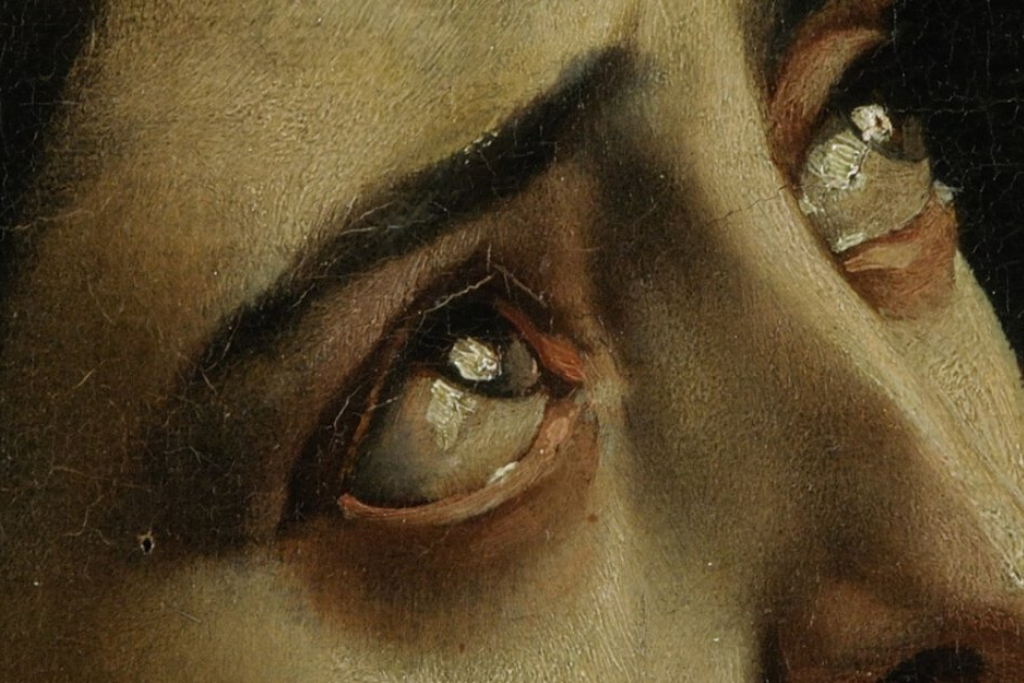 Nothing more perfect in my life, back then, when things around were ornaments. Precious decorations that only touched with the eyes. As for example, the cone-shaped fountain located in the square that turned on lights shortly before six. And I, sitting on the bench, heard the waterfall, and I, lost in thought, saw the twinkling. Like relaxation therapy, he wrote verses lying on the grass. I was reading poems by Edgar Allan Poe, felt the very fine drops of dew fall that moistened my face. They were like each letter intertwining love, adventure and joy, bringing them closer to my world, as an omen.

Until I met Magdalena. Every sign of beauty contained that perfectible humanity. The work of God made the body of a woman. Absolute sensitivity, the most emotional feature on understanding things, taking every detail of life as a motive for frank integrity and mercy. Some beings are born to help others. They are busy filling their lives and awakening them, filling the space with their noble presence, with facts, authentic ways of loving. Sometimes they seem like soul mates who are looking for and finding each other or that life simply unites them, to be able to complement each other. In other cases, the ideal person is like karma, redeeming sin or compensating for the damage that may have been caused. I have also heard of platonic loves, so strong, like an unbreakable bond united in the face of any adversity. Thus, Magdalena, it was for me a shipment from heaven. An angel arrived as a prayer that I could not refuse. So perfect, like my old solitary life, so docile and sensitive, almost untouchable, almost a walking tear turned into a person, that I still wonder: What was the mission that you came to fulfill in me? Where, being an innate dreamer, In search of fulfillment, I was chosen by that angel; To be wonderful, unique and strange, who I could only touch with my eyes and see with my hands, because at the slightest contact, disconsolately, Magdalena began to cry.

I once heard people say that names mark people, but likewise, according to my logical thinking, I never believed that something that was not of human origin could have power over another human. And the names are just accents, graphemes, points, inanimate characters of the alphabet, which have nothing to do with the generation of influences or creative marks of predestination; or tumultuous superstitious paradigms that must be feared, let alone that they can coerce someone. But Magdalena, Magdalena, seemed to be a trace of forgotten nostalgia on the cobbled street of the penitents. Born and raised in the worst case scenario of supplication and redemption. She seemed the daughter of melancholy and the shutter of laments. The Magdalene cry, not even a pack of wolves howling at the full moon, they would be able to understand. Siren of a ship at sea projected towards the horizon, ambulance alarm in full rescue action. Trying to control his grief was impossible, just a simple pat on the back, with the intention of giving him moral support, was the equivalent of several hours of the deepest pain. I believe that I have never seen, in my years of life, so many tears come out of a pair of eyes like those of Magdalena, which tap whose seals have broken, which overflowed dam over a city, leaving it submerged meanwhile its sea ​​of ​​tears.

In that square I met her. After reading that complete versed entitled: "To Elena", by E. A. Poe. I was so deeply inspired by his lyrics, that I dreamed a dream. A dream of those, as a revelation, when being awake you start to fly and feel like the same character described in the estanza, it comes to life in you and makes you part of the saga. Being in the Fontana square, I felt constituted of the purest passion and I wanted to be like the same dream. I wanted to reincarnate the passionate lover and be the hero of some maiden to come. Always used to living in solitude, in my most perfect days as a legend, I never believed that motivated by the intensity of the verses of "Poe" I would end, now, with my racing heart wanting to find romance, or even experiment at once first what it was like to have a girlfriend to hug. Without noticing, I stopped reading for a moment and lying in the grasses, I felt so really alone, after reading:

_I saw you ready.
It was a night in July
warm and perfumed night,
clear night..._
_Of the limpid full moon,
limpid as your soul,
will descend
over the park asleep
graceful veils of silver._
[(To Elena, E. A. Poe)](https://ciudadseva.com/texto/a-elena-2/)

"The poem, To Elena, by "Poe"; predominantly dark and silent. It speaks of an ephemeral love, as fleeting as the night. But at the same time, a love with high sensory power and overflowing passion, which can maintain desire, even beyond death."
(Author's personal interpretation)

I had to interrupt the reading. I never thought it was love, the overflowing desire that softened my reluctant heart and made it cry out, more like a plea than a real conviction. More than as a whim, as an ineffable prayer. Now, looking at the sky, I was demanding in my own voice to the universe itself to send me a girlfriend to love and thus end my lonely days. I asked him between verses like a prayer, to let me see beyond the obvious or to give me at that very moment, a sign from his magnificence and that open sky in front of me.

I pray you heard promptly, when Magdalena, sitting on the stool, was crying disconsolate, perfect, faultless woman. Just at six o'clock in the afternoon when they turned on the lights of the fountain and radiating the two waterfalls, one from Magdalena and the other from the fountain, promising to flood my life with the purest love that I had hoped for so much.