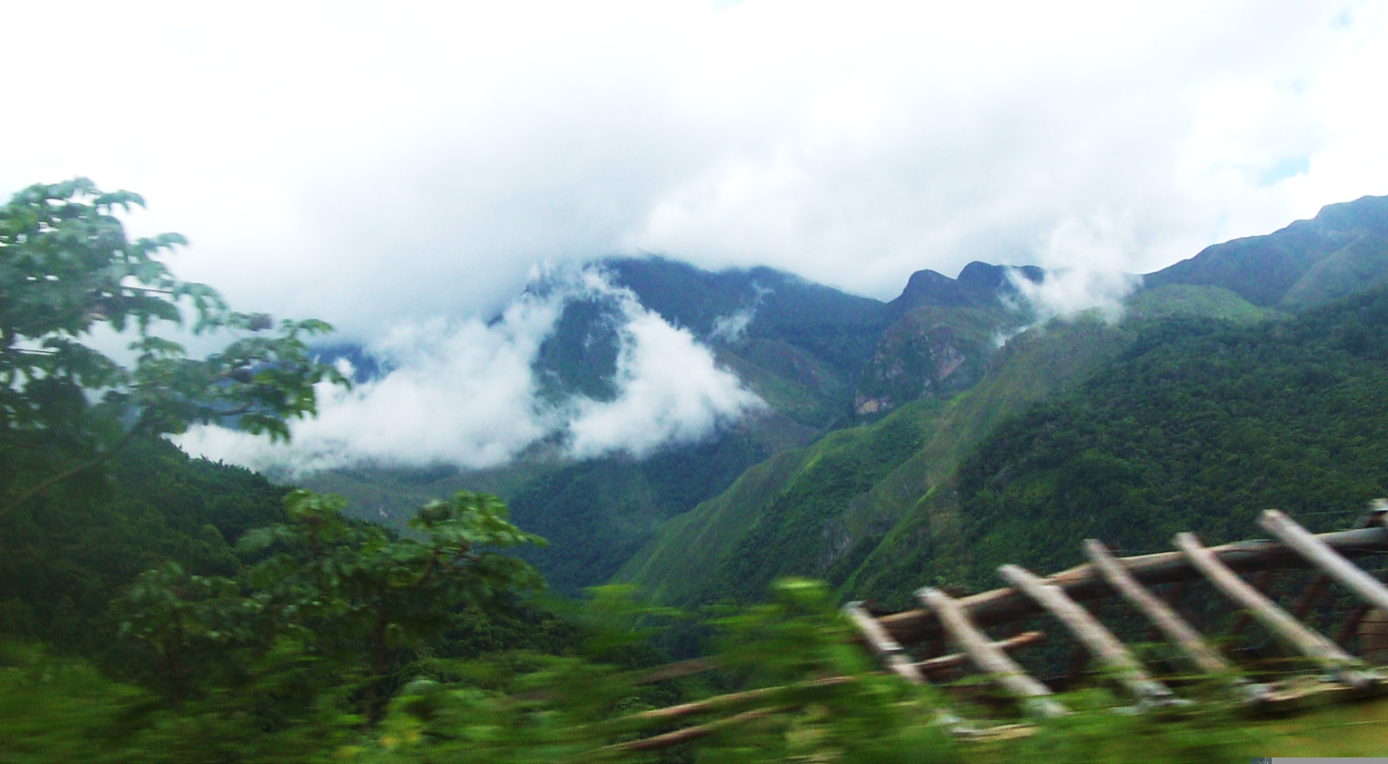 "The works of nature and its power are indisputable. There will be nothing more impressive than the show offered by the "Crucible of the gods". The mountain air as the breath of the mother earth, equal to the breath of life that gave rise to humanity. Reason for admiration is the charged atmosphere, condensing its vapor of vital liquid, synonymous with life in the pure and redeeming biosphere, containing the origins of man and his creation".

When I look at this peak, I wonder: How long have you been there?

I myself personify the mountain and I am its own voice !;

"From the Orogeny". At the very moment of creation, I was put in the right place by the hands of the creator, where man could see me with his desire to conquer and, from me, raise a prayer. Understand that everything has a limit and there are places where your hand should not reach.

Again my elevation leads me to reach the poetry interwoven in the confines of the natural world, the citrus green and emerald, the oxygen, the bark of the tree in the bosom of the untamed mountain that rests on the shores of the sea. Looking towards the "Caribbean Sea", which is pronounced in the sky beyond the continental shelf. Like a monster that remains asleep, she dresses in a gray cloak so as not to be touched by time, covered with dew of tears that have fallen from the sky in order to watch over the will of man and be a reminder of her true age. Entire generations have cast their eyes on this mountain range, they have cultivated the land and raised the fallen lamb. Many artists inspired by its purity; Musicians, photographers, visual artists, poets and poets, folklorists, ecologists and researchers. Since ancient times, after the discovery of America and the conquest of Cartagena de Indias, after colonialism and the subsequent emancipation of the peoples. This place is full of history and has been the sustenance of eastern Venezuela, since it is the hydrological source of the region.

"It contains the roots and the ruse of the oppressor, the dream of being free in a single land "America", the cradle of the new man that still continues to expand in every direction".

From my beloved "Venezuela", the land that saw me born, I write these lines inspired by the natural landscape of a corner of the world where time stops for reflection, so that we take a momentum in our need to conquer with an "Ode" to the preservation of the environment and its forest resources.
#

The Turimiquire is a mountain range located in the Sucre state, Venezuela.

With a variable elevation that reaches more than 2500 meters above sea level. It serves as a natural lung and water resource to the populations of the states of Sucre, Anzoátegui, Monagas and Nueva Esparta (Margarita Island). The Turimiquire dam facilities are located there, a 1500 hectare reservoir which contains 80% of the water consumed in the Northeast region of the country. (Source: Author's General Knowledge)

Nothing more similar to my "Musical Elevation", today than the song "JAH ATMOSPHERE", by Soldiers of Jah Army.

Whose lyrics refer to the presence of Jah in the pure and natural environment, illuminating the conscience of man with the right wisdom necessary to live in harmony and never get lost in the land of Babylon. It also alludes to the steps that have been taken by humanity to overcome oppression and promote the emancipation of peoples, taking as a reference "Children", who do not have to suffer in the present and future, from the mistakes they may have made. man in the past.

A beautiful song full of poetry and positive vibes which has inspired me. I highly recommend it.

Note: All photos are property of the author, taken with the camera,