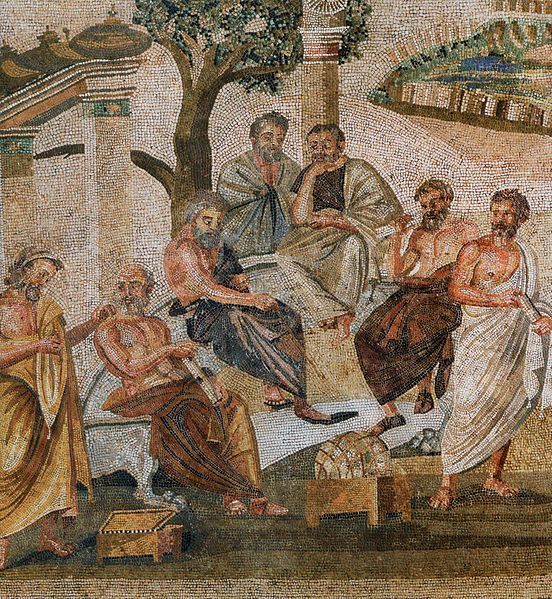 According to my own criteria, if modern man manages to super develop his intelligence, supported by new technologies and the use of AI, this would mean an appalling quality in every way. Surely, the stimulus generated by modern technology can activate certain areas of the mind that have been asleep for years. Making the new generation "potentially" smarter than the previous ones, despite the fact that we are still humanly identical.

Returning to the concept of the phrase "Men who act like machines". It could be the paradigm created from the new form of systematic education.

Man is conditioned to act as a human, is endowed with sensitivity, pure feeling, biological needs, empathy, among other characteristics. Perhaps his thirst for knowledge and his eagerness to discover may have led him, in some case, to think and behave like a machine. Leaving the sensitive aside and assuming a partial attitude exclusively to study. It must be taken into account that education is an instrument of liberation, only through knowledge autonomous and independent men are formed, capable of solving the problems of the world and of fending for themselves.

So, it is a human quality to "Learn"; a necessity as well as a virtue. I think that in the same way that knowledge is acquired, the human being must become more sensitive and self-confident. You must enhance your value as a person and your quality of life, which could serve as a reference for many.

"It should be noted that possibly Fromm's phrase refers to education seen in an ideological way, which can serve some socio-productive interests at the service of industry, as a resource that can be indiscriminately over-exploited, as is, as they would do it with a machine".

This would be one more of the many interpretations that can be given to the phrase in question.

As mentioned by the most excellent philosopher "Platon", in his theory of Reminiscence, four hundred years before our era:

"Discovering what the soul is like would be an investigation in every sense and totally divine, as well as long; but to say what it is similar to may be the object of a human and shorter investigation..." Platon, Reminiscence

“The Human is endowed with Soul, the particle of indomitable origin whose origin must be the most expensive object of study that can be undertaken”. (Author's own thought)

Later in his allegory of the winged chariot, Plato, defined Man as the "Charioteer". In charge of taking the reins of two steeds that represent good and evil, negative and positive, the sensitive and the passionate. Being its only function, to maintain for a lifetime, the balance of these two juxtaposed poles in constant repulsion and difficult to master..

After this philosophical passage which I have only used to relate the theme of vogue, with a unique aspect of the human being, such as the conception of a "Soul". It is okay to say that in the modern world man and machine are mutually inclusive. Perhaps this will be the case for the rest of the years to come. I am thinking!, that the further the machine advances, the more human man should feel. Advances in cybernetics and robotics, as well as the application of AI on any IoT device, par excellence, shows us that man is the dominant being on the planet and his power of creation is evolutionary and in a certain way unpredictable.

Thus, it is the man and that is his mission. Only the acquisition of knowledge will make us reach a higher level of thought. Education, educators, academia, are emblems of knowledge that give it more human character and a greater reason for self-improvement.

Definitely, I think that this is the aspect that establishes an abysmal gap in the subject treated in this article, which has always loomed in my mind during so many years of study on the topic of Artificial Intelligence. It is a tenacious and decisive law, in the face of any intention to associate the human with the machine. "Knowledge brings them closer, but the soul separates them."

In conclusion. I think that in every educational process emphasis should be placed on values ​​and the human condition. Making it clear that the "machine" is a tool designed to aid human functions. But, in its natural condition of "Being Thinking", creator of improvements in its quality of life, deep down, the "machine" will always be subjugated to man. The machine owes itself to him in its entirety, it feeds on his knowledge, it depends on his rules, his programming and can never replace him. Even less, in relation to their human identity, dominance of the planet or sense of belonging.

It has been my intention to develop this theme arguing the content in a philosophical way and with the same consonance and intensity that denotes Erich Fromm's statement.