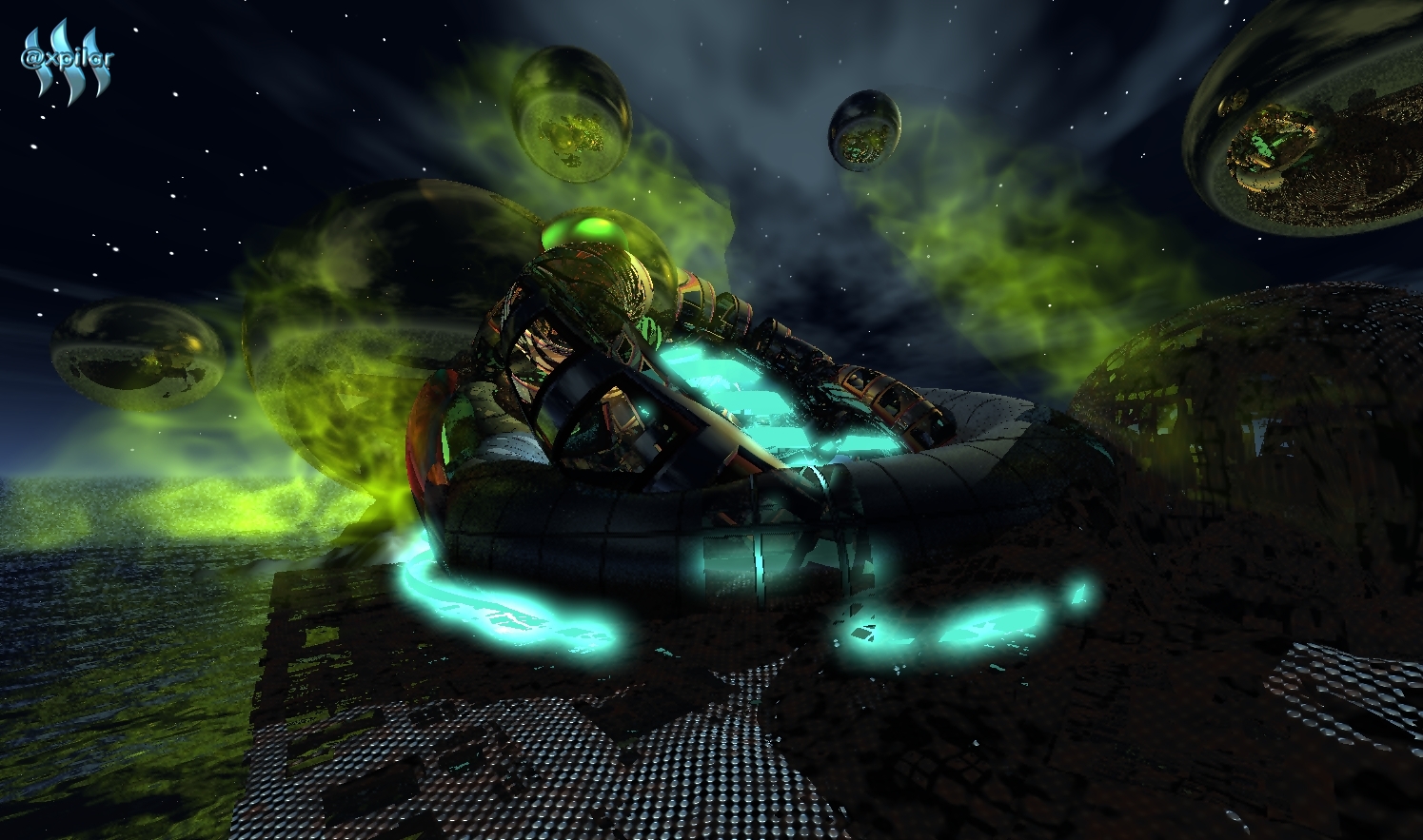 _Digital art made by @xpilar_

#
When light is liquid, it describes colors of life on a border associated with death. Unforgivable, the destiny between forms, is the face of oblivion left at the mercy of darkness.

Countdown in the time machine, keep the secret of constellations controlled by fire, where winged beings saw their wings burn for later, turned into clouds of dust, gray, blue green, dominate the galaxy, aimlessly, trying to withstand its punishment.

Wandering in nothingness, is the concept of chaos, inclement nurse who leaves without return, clinging to the hope of a luminescent who keeps him safe among the ruins of a paradise created with morbidity and sorrow.

Cold is, like ice, soaked in the bones, the only thing that makes it stay upright.

A king who bows his head, because now he wants to feel the bitterness of the slave. Because of his evil he was placed on the gel of space.

Sickle ambiguous reality, its time came, drowned in the bubble. What was once purity and infinity, is the trap, a prison awaiting a false rescue.

Sheltered by the crystal of a star, there is nothing left but to dream under the black cloak, which from the beginning shows its cruel end, drowned in liquid light...

I recommend you read my new fiction poetry, which is inspired by the digital image created by
@xpilar

thank you @nachomolina for great poetry with well chosen words