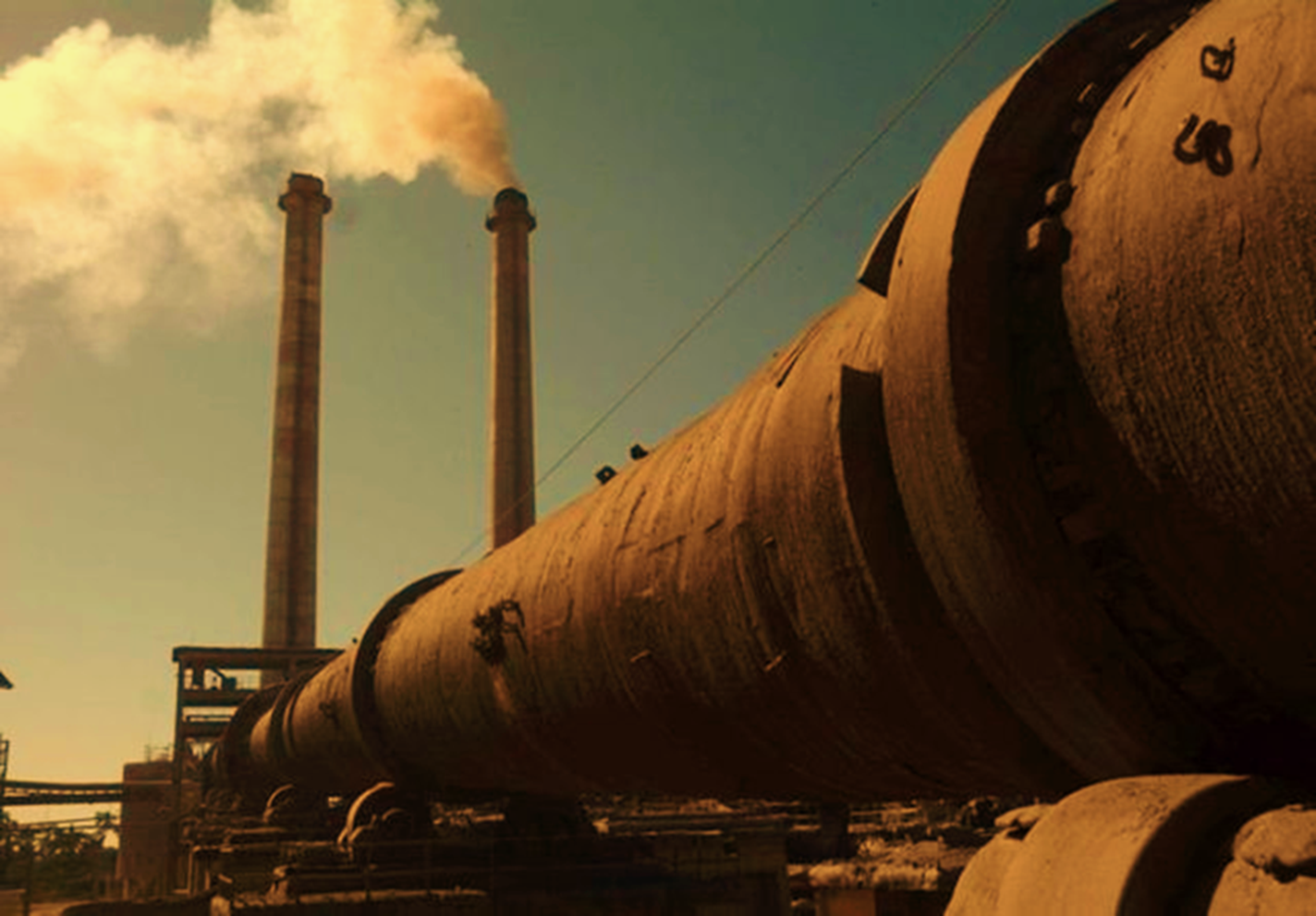 _In the manager's office._

_ I will not bother to congratulate you! his summary is impeccable, in accordance with the demands of the company.

_ You have nothing to be thankful for... Are you willing to take office?

_ Of course I do! _I responded attentively._

_In the personnel office._

_ Sit down. You have been selected, start working right now.

_ Great! _I said, with a certain tone of motivation._

_ I would not say the same! He replied, because he has no experience, his salary will be the minimum, equivalent to that of a common worker.

_ Did I understand that you accepted the job? Or, was it not?

_ Nothing is right... _ (It was the last thing the administrator said) _

My entry into the blue circle was not at all decorous. My contract sheet was disgusting, but I had to accept it, since I had no other option.

I have always seen the world and its injustice taking away the opportunity to express what I think, making me part of its absurd behavior. But I believe that a right to reply is a commitment, an undeniable "right" that must be awarded to everyone. But, for now, it had been postponed.

It could be later! I said to myself, everything has its time, everything has its time... Today the owner of the company spoke, without making any gesture of courtesy or convenience, it only generated a certain mistrust in me. The administrator spoke, finishing making me miserable. As if instead of a job application, it was an interview with an ex-convict, a tip for some beggar, the trial of a sinner at the entrance to purgatory. But I did not care! I had to tolerate his deified character, I did not allow myself to be impressed, I did not allow myself to be carried away by business policies or subjective cravings. My self-denial about work has its own voice and it will be the results that shine through, it will be my performance that speaks for me. This company will know my true potential and my word will be heard by other means.

They hired me as a laboratory technician, and my duties consisted of quality control of the product. Also operate the ready-mix plant and keep dispatch statistics.

An easy task! For me, but for the rest, demanding. I would not question my preparation, nor the bonanza of professional knowledge that my degree conferred. However, for a low-paid contract as an ordinary worker, it seemed somewhat excessive to assign such diverse functions to a single worker, but I was willing to accept the challenge. In a first tour of the facilities I could see that everything seemed to be in order, there was a lot of work peace, so I started to organize everything according to my model. With surprise I noticed that there were few workers, I barely managed to see _only one_, from afar, with whom I could not even have communication.

I started by making the identification card for the cylindrical concrete specimens. About forty samples, 13 cm high by 11 cm in diameter, had been left in the laboratory, according to the standard molding box. Placed next to the hydraulic press for breaking tests. What a first order! I thought, it took me hours to mark those _watches_, while performing the resistance tests. Using leather gloves, I loaded the cylinders, whose specific weight was 15 kilograms each, generating in turn, a large amount of debris after each rupture, debris, which I also had to pick up myself and transport with a wheelbarrow until deposited. in an appropriate place. For an interminable period of time, I knew what it was like to sweat, work with extreme weight, clean, carry, do without any assistance, a job that was destined for at least two or three men.

Then I went to the hangar, to check the container for the binder material. They were four giant cement tanks, with a capacity of 100 TON, connected to a system of 40 PLG diameter ducts, in turn, propelled by air pressure through an industrial compressor. The pipelines converged on a descending conical upper hopper that culminated in a dispensing gate, which was the final dispenser for filling the mixer trucks. It was ten gates under the same command, placed in rows next to each other, suitable for mass loading. I was in charge of supervising the mechanical part; belts, filters, tensioners, hydraulic sensors, scaffolding, etc. Everything was fine, and I didn't have to write the requisition.

So I went into the operator's cab to read the manuals and familiarize myself with the plant technology. I was in front of the instrumentation and control panel for a long time, observing its design in detail. The control contained the basic functions of deposit, aggregate precipitation, fluid irrigation system, pressure gauge and forced lock; which is an emergency function, in the event of breakdowns or overflow of the mixture due to decantation.

> I was particularly struck by an additional button, which placed at one end of the board looked like an adaptation or additional device. I was very curious about that push button, with incandescent internal light, it was large and concave, it had an autonomous digital panel which required the supply of an eleven-pin security key. As much as I tried to find the logic of its operation, I could not find anything. It was just a huge red button labeled with a blue circle and labeled with the word "Continuous."

After the torrent of rain the day before, which had postponed my interview for twenty-four hours, I had to spend all my money paying for a room where I could stay. I didn't even have enough to eat, but only then, was I able to attend the work appointment with which I achieved the brief hiring. My functions for the current day were beginning to drag on, there was much to do and time was moving fast. Soon evening came and for me the actual volume that the job would reach was still unknown. It was like this that on my return from the aggregate mound, after sampling for the moisture test, a worker from nowhere approached me for the first time and spoke to me:

_ The fleet is approaching! Are you ready for action?

_ How are you! I replied, always ready. Pleasure…

That guy left me with his hand outstretched and continuing with his mocking laugh, he got on a backhoe and started the engine. He continued crouched in the seat, slowly starting the machine. From the window he yelled at me:

Then he sped up and disappeared between the platforms.

> That is how my ordeal began, just when it seemed to me that the day was going to end and I could take off my safety boots and look for something to eat. In the distance, along the long dirt road corresponding to the entrance of the factory, suddenly, a curtain of dust rose that reached up to the sky. The sun's rays had dimmed by the end of the afternoon, being almost entirely blocked by the eventual haze.

_For me, it was dust from the Sahara, the bandage of the mummy or the deserts of sand and melancholy. I was making my crudest deductions, regardless of hunger and the desire to go home; was the answer to my question, so fleeting, like a cloud of dust. Those mixer trucks came in in groups, as if they had opened the doors of a stable and the beasts in freedom ran hungry in all directions, with their roar, with their herd of herd. The noise of the engines, the sirens, the trumpet horns and the grinding of empty containers in search of the mixture, concrete material to fill their container jaws. Once again, the drivers and their masks, the clowns from hell at the wheel, the same ones who the day before, on the road, tried to annihilate me with their wheels. They brought with them the enormous amount of work stress, a neurotic compulsive state that automatically added to my work rhythm, causing me to tremble, making in a few minutes total bewilderment reigning for me. The mixers spinning uncontrollably with the blue circle labeled on the shell, creating a hypnotic behavior in the factory field. From the plant hatch, I saw the continuous movement of the circles, as the mannequin-turned workers waited for me to dispense the mixture. One after another, ten at a time, they quickly added hundreds of them, quickly there were more trucks, more black smoke and fewer rays of the sun. Its capacity of 7 m3, for each spin, made me lose track of how much production had reached in just a few hours. So night came, and I had multiplied into a thousand men, a thousand running endlessly through the facility, a thousand climbing the stairs, taking plasticity samples using the abrams cone, checking the cards, keeping track of the board. My body did not give more, exhausted, my work was a nightmare, it was a humiliation that ended me, a victim of labor abuse, it made me end up on my knees before an industry that undervalued me and laughed at me._

> _And in the end dead of fear, dead of fatigue and fear; tiredness, from getting up early on my first day of work at half pay and fear, because the blue circle, once again, turned my life into hell..._

**I invite you to read the previous part:
Blue circle 1**