A Pitbull in the garden (A cruel story, set to the rhythm of PANTERA) | Hard Rock | By: @nachomolina 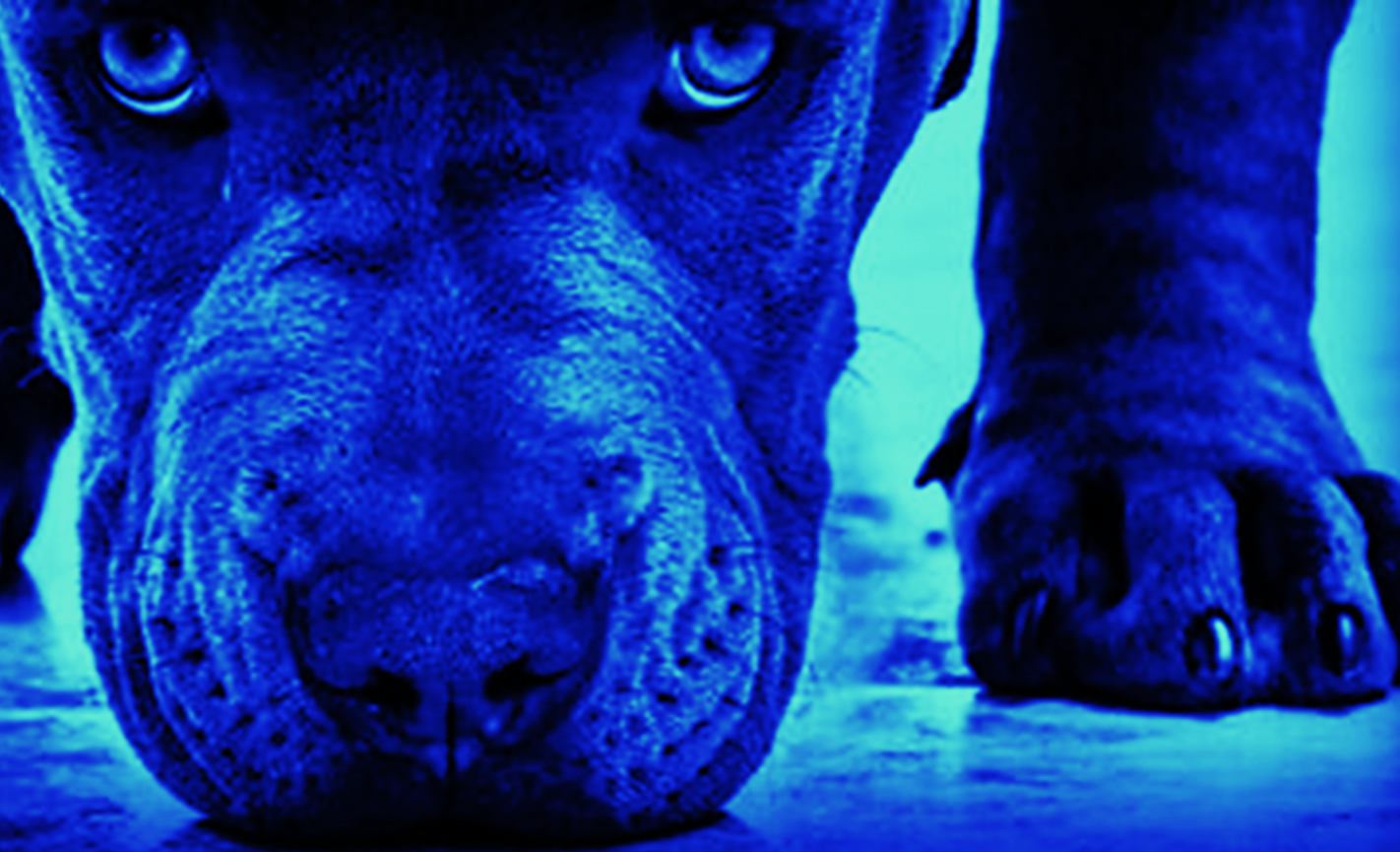 "First of all I must introduce you to "TORO", a faithful friend who loves to play in the park, but detests that someone walks on the lawn in the garden, in the afternoon..."

A Pitbull in the garden

(A cruel story, set to the rhythm of PANTERA)

¡I'm Broken, the ideal musical theme while I looked out the window that afternoon!

It was there for the '94, when this wonder would have passed between my collection of old acetates and ferrocobalt cassettes ... A CD, with the photo of a blue skull pierced by a drill, was enough reason for me to want to buy it.

The store lady told me:

_ Which of all, will you buy this time, nacho?

I answered:
Yes, I will carry the blue skull and the drill!

I love to say that!,

nothing more rocker for a young man of sixteen, in those times...

"I wonder if we'll smile in our coffins
While loved ones mourn the day,
The absence of our faces..." i'm broken lirycs

#
While listening to the chorus:

#
The torn voice of Phil Anselmo, was ecstasy, at the time of following the lyrics in the songbook. He remembered the early days, the golden years of "Groove metal". After PANTERA had impressed everyone with the quality of their two previous albums, now with "Far beyond driven" it showed that this sound technology was going to be its characteristic standard.

"Then, when I looked out my window, I saw that group of automatons coming in, ruining the grass with their footsteps. Auto guests, with a book under his arm. I watched them in detail, all designed in the same format: The umbrella, the belts, the skirts with lace, the colored pamphlets and the big glasses... Tucked into their roll they tried to catch me, announcing their plans. Subjective gadgets of collective manipulation, which for me, rather, were simple excesses... They knocked on my door saying they came in someone's name."

_ ¡It was like that when I decided, that time, for that Pitbull in the garden!

#
to keep away cats, mailmen, unfortunate sellers and anything that compares to them...

I don't care!, I would never listen to anyone, much less, when in my Stereo Audio it sounded:

"¡5 minutes alone" from the album, "Far beyond driven"!

I could not believe the great lyrics written by these musicians. They expressed nonconformity and marginalization, with a powerful rage rooted in each theme, as it evolved...

_"My words somewhat deceiving?...
But you can't crush the kingdom, Can't be what your idols are...
I ask you please just give us, 5 minutes alone..." 5 minutes alone lirycs_

#
The avant-garde equalization of the instruments, broke the hegemony of the rock bands of the time, allowed them to position themselves in the top for that moment, before the sensationalism caused by "grunge" whose appearance seized mass culture.

"And the forced interview continued. Being the interviewee, while the envoys continued the sermon. They were daring personified, a reason for leisure, justifying the unjustifiable. Trying to take advantage by disqualifying myself... eh!."

"You'll see who they get in! These guys don't know what they do..."

A kind of cruel craving, it shows me. They sought to catch the master of "TORO", who looked at them from afar, while they were about to burn.

The solo of the song sounded, I kept pressing my fingers against my hand. Dimebag Darrel's guitar, with fleeting and complex Riff. Denoted mastery in PANTERA, the band that carried the responsibility of keeping alive the "Heavy Metal" in the years '90.

#
I tried to keep thinking about the previous melody, I wanted to calm down. I kept repeating in my mind:

I admit, at that moment, "Five minutes alone," was all I needed. I would change anything for not having received that unexpected visit...

"Now the missionaries seemed, rather, sent from hell. One said he heard voices, that he had the power of prediction. Another called me ignorant, said that the curse inhabited my mind..."

"I was about to lose my temper. These gentlemen get into my house like a leech, enter through the windows, even below the door and still have to attend to them?; Like the beggar on Christmas Eve."

#
I imagined Pitbulls eating cats, the fist of "Vulgar display of power", crashing into the face of the tallest, shattering jaws and the sountrack "Fucking Hostile", sounding in the background in my imaginary short film...

In the best style of the 5th Beethoven Symphony, in the film of Stanley Kubrick "The Orange Mechanic", in that scene of the tunnel and the drunk...

"On that occasion, a third party insisted that he kiss his hand. I replied, that I had not kissed anything other than the lips of my loved one... Then with a gesture of hurting not to kill, I said:

_ Why you better not put aside that of your hand!

Like fallen from the sky, in the middle of that problem. "Vulgar display of power" Let the theme number 4 sound:

_"I'd shake your hand like a man, not a god
To see, to bleed, Cannot be taught
In turn, you're making us, fucking hostile..." fucking hostile lirycs_

#
This song is the purest rawness. Anyone could recognize that more than its speed, its short duration (2:44), this theme is Groove in power, a concentration of strength and disconnection from reality....

The density reached by the band catches you from the beginning, creating diverse, cross-linked images. A cluster of information, which lets you see the fucking reality of the human being when he leaves his independence, to put himself "in the hands of the system or some other manipulative doctrine."

**"Come meet your maker, boy
Some things you can't enjoy, Because of heaven/hell,
A fucking wives' tale, They put it in your head"**
**"Then put you in your bed
He's watching say your prayers
Cause God is everywhere
Now I'll play a man learning priesthood"**
**"Who's about to take the ultimate test in life?
I'd question things because I am human
And call NO ONE my father who's no closer that a stranger"**
**"I won't listen
To see
To bleed
Cannot be taught"**
**"In turn
You're making us
Fucking Hostile"**

Looking forward to the end of that piece:

#
I ran and opened the side door that leads to the backyard. I stroked the black fur of "TORO", while opening the chain anchor carabiner, with which I held it to take it for a walk in the park and I left him free...

#
"Then they invited me to their guild, each one by their side,
they whispered among them;

To learn, you must unlearn first!
Repent of everything you've done!
Remember, set aside a tenth of your effort!
Where I attend is a part of the kingdom!,
Everything else you know belongs to hell...

"What, I can't believe it? And apart from everything they also want my money...!"

But it didn't matter, it was too late, my faithful friend "TORO" had taken care of the rest!

This happens every year through these times...
and also every year I remember:

_ It was like that when I decided, that time, for that Pitbull in the garden!

to keep cats and mailmen away...