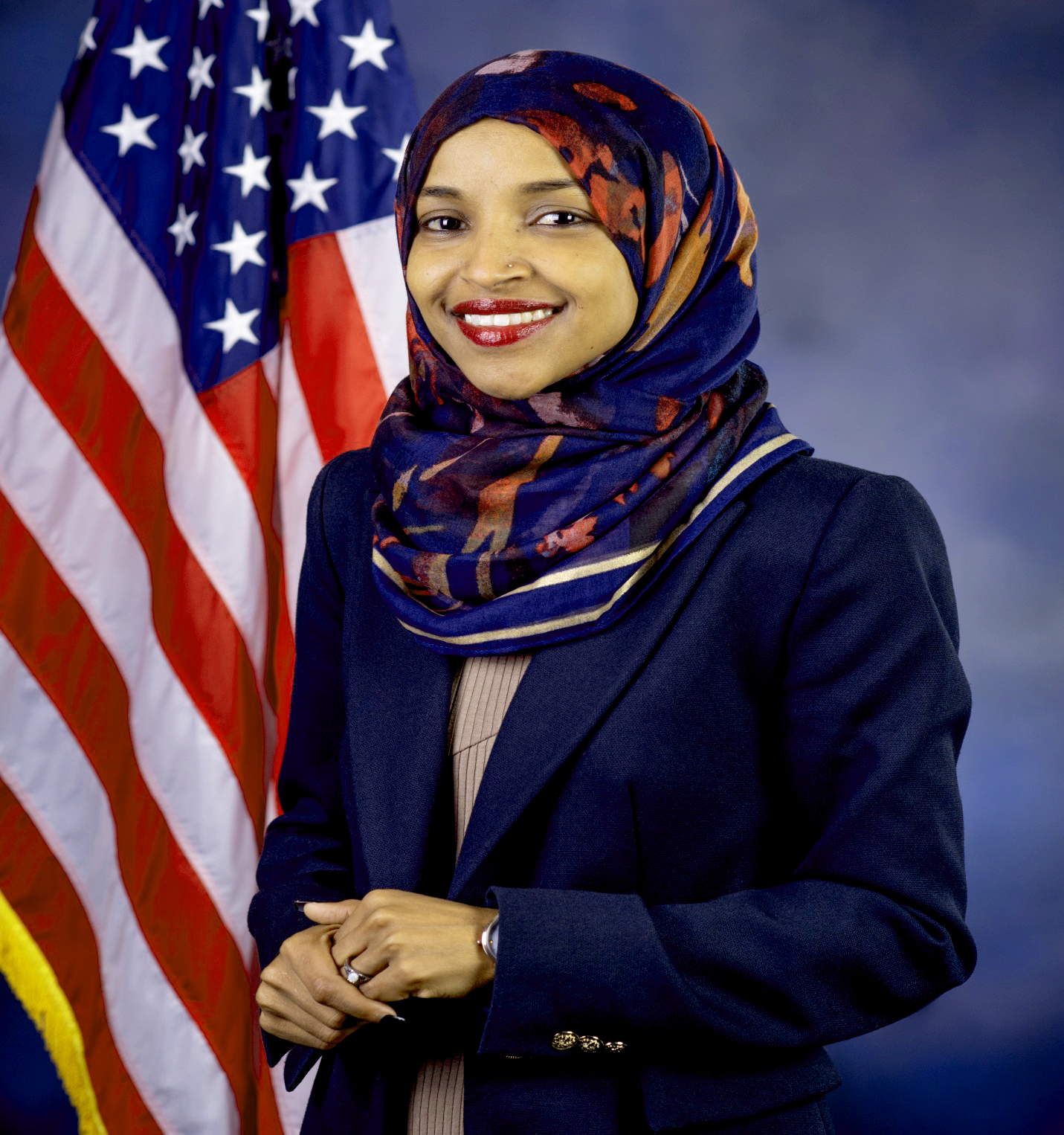 Personal life
Ilhan was born in Somalia and spent her childhood in Kenya, She was the youngest of seven siblings, when she was 12 years old she immigrated to the United States. And she is a Muslim.
Ilhan became engaged to Ahmed Abdisalan Hirsi in 2002. The couple applied for a marriage register, but the application was not finalized. However, have a faith-based marriage,and have two children. And they are ilhan and Abdisalan Hirsi separated in 2008. The next year, Ilhan married Ahmed Nur Said Elmi, Who was a British citizen. In 2011 she and Ahmed Nur Said Elmi had a faith-based divorce, and that year she reconciled with Abdisalan Hirsi, with him she had a third child in 2012. In 2017 Ahmed Nur Said Elmi and Ilhan were legally divorced, and in 2018 Ilhan and Hirsi were legally married. They and their three children live in Minneapolis. Her daughter, Isra Hirsi, is one of the three principal organizers of the school strike for climate in the US.
Ilhan is a American politician acting as the U.S. Representative for Minnesota's 5th congressional district since 2019. The district includes all of Minneapolis and some of its suburbs.
She was elected to the Minnesota House of Representatives in 2016 on the Democratic Farmer Labor Party . In 2018, she was elected to the U.S. House of Representatives, marking a number of historic electoral firsts: she is the first Somali-American, the first naturalized citizen from Africa, and the first nonwhite woman elected from minnesota, and one of the first two Muslim women (… Rashida Tlaib) to serve in Congress.
Ilhan is a member of the Congressional Progressive Caucus and has advocated for a affordable housing, living wage, and universal healthcare, student loan debt forgiveness, the protection of Deferred Action for Childhood Arrivals, and abolishing U.S. Immigration and Customs Enforcement (ICE). She has strongly against the immigration policies of the Trump administration, including the Trump travel ban. She has been the subject of several conspiracy theories, death threats, and other harassment by political opponents.
Childhood life and education and career
Ilhan was born in Mogadishu on October 4, 1982, and she spent her early years in Baidoa, Somalia. She was the youngest of seven siblings, Her father Nur Omar Mohamed, an ethnic Somali, worked as a teacher trainer. Her mother, Fadhuma Abukar Haji Hussein was died when Ilhan was two. And She was raised by her father and grandfather thereafter. She and her family escape Somalia to escape the war and spent four years in a Dadaab refugee camp in Garissa County, Kenya, near the Somali border.
After first arriving in New York in 1992, Ilhan's family finally secured in the U.S. in 1995 and lived for a time in Arlington, Virginia, before moving to and settling in Minneapolis, where her father worked first as a taxi driver and later for the post office. Her father and grandfather emphasized the importance of democracy during her upbringing, and at age 14 she accompanied her grandfather to caucus meetings, serving as his interpreter. Ilhan became a U.S. citizen in 2000 when she was 17 years old.
Omar attended Edison High School and volunteered there as a student organizer. Ilhan graduated from North Dakota State University with bachelor's degrees in political science and international studies in 2011. Omar was a Policy Fellow at the University of Minnesota's Humphrey School of Public Affairs.
Ilhan began her professional career as a community nutrition educator at the University of Minnesota, working in that capacity from 2006 to 2009 in the Greater Minneapolis–Saint Paul area. In 2012, she served as campaign manager for Kari Dziedzic's re-election campaign for the Minnesota State Senate. Between 2012 and 2013, she was a child nutrition outreach coordinator at the Minnesota Department of Education. In 2013, Ilhan managed Andrew Johnson's campaign for Minneapolis City Council. After Johnson was elected, she served as his Senior Policy Aide from 2013 to 2015. As of September 2015, Ilhan was the Director of Policy Initiatives of the Women Organizing Women Network, advocating for women from East Africa to take on civic and political leadership roles. In September 2018, Jeff Cirillo of Roll Call called her a "progressive rising star."

Omar, then a candidate for the Minnesota House of Representatives, speaks at a Hillary for Minnesota event at the University of Minnesota in October 2016 Ilhan at the Twin Cities Pride Parade in 2018
In 2016, Ilhan ran on the Democratic–Farmer–Labor (DFL) ticket for the Minnesota House of Representatives in District 60B, which includes part of northeast Minneapolis. On August 9, Ilhan defeated Mohamud Noor and incumbent Phyllis Kahn in the DFL primary. Her chief opponent in the general election was Republican nominee Abdimalik Askar, another activist in the Somali American community. Ilhan won the general election, becoming the first Somali American legislator in the United States. Her term began on January 3, 2017.
Awards and honors
In 2014, Ilhan was named a rising star in the Democratic–Farmer–Labor Party's Women's Hall of Fame.
She received the 2015 Community Leadership Award from Mshale, an African immigrant media outlet based in Minneapolis. The prize is awarded annually on a readership basis.
In 2017, Time magazine named Omar among its "Firsts: Women who are changing the world," a special report on 46 women who broke barriers in their respective disciplines, and featured her on the cover of its September 18 issue.

Hey there @nachar, welcome to STEEM. If you join @schoolofminnows, you can receive votes for free.