Person of interest. Is it worth watching. YES 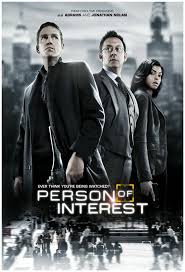 (Spoiler ahead ) You absolutely need to watch this series .it's a masterpiece. Person of Interest is a crime-thriller TV-show about a billionaire computer programmer, Harold Finch played by Michael Emerson, who invents a computer system for the U.S government with the capacity of collecting and examining every possible source of information with the purpose of identifying and predicting planned subversive attacks. However though, this positive action lasted until a competitor entered the game that kick starts a surveillance program and manipulates people in opening their lives to the public – to be controlled with ease. Harold Finch selects John Reese played by Jim Caviezel to investigate and operate on the information that The Machine delivers. They both get some deep contacts in the NYPD where Detective Carter and Detective Fusco are a helping hand to their investigation.

The TV-series was made based on a well-written scenario created by Jonathan Nolan with the suitable choice of actors who were Jim Caviezel, Michael Emerson, Kevin Chapman and Taraji P. Henson.

Selecting Michael Emerson for the main role in the series based on his unique and remarkable past made his appearance distinctive and extraordinarily attractive. Jim Caviezel who plays John Reese, the presumed dead Special Forces type who lives on the streets when we first see him, contributes to how compelling Jonathan Nolan together with J. J. Abrams created the crime-thriller.

The show contained of 5 seasons and it was obvious that the 5th season was going to be the last of the remarkable TV-show. There were a lot of reviews of this TV-show and surprisingly many viewers based on the fact that Person of Interest re-worked the essential mystery genre in an unusual way. Amazingly, Person of Interest is more of a stalking and not considered detective work: There are no clues in Person of Interest, nor are there any mysteries to tease out.

Person of Interest kicked off its fourth season with an action packed episode that gave us hope for the future of Team Machine fighting with Samaritan, but revealed some of the challenges it will face. Season 4 was a decent demonstration of the show's charms: some action, some humor, some high-tech intrigue and an assemble of actors who seem to be having fun and whose characters actually seem to care for one another.

The ending of the 5th season was really catchy to a high degree and many described the ending of the last season as "where men cried" and compared to the last scene of the seventh sequence of the Fast & Furious movie.

"If you can hear this, you're alone. The only thing left of me is the sound of my voice. I was built to predict people. But to predict them, you have to truly understand them. So I began by breaking their lives down into moments, trying to find the connections, the things that explained why they did what they did. And what I found was, the moment that often mattered the most, the moment you truly found out who they were, was often their last one."

I know my movies
7