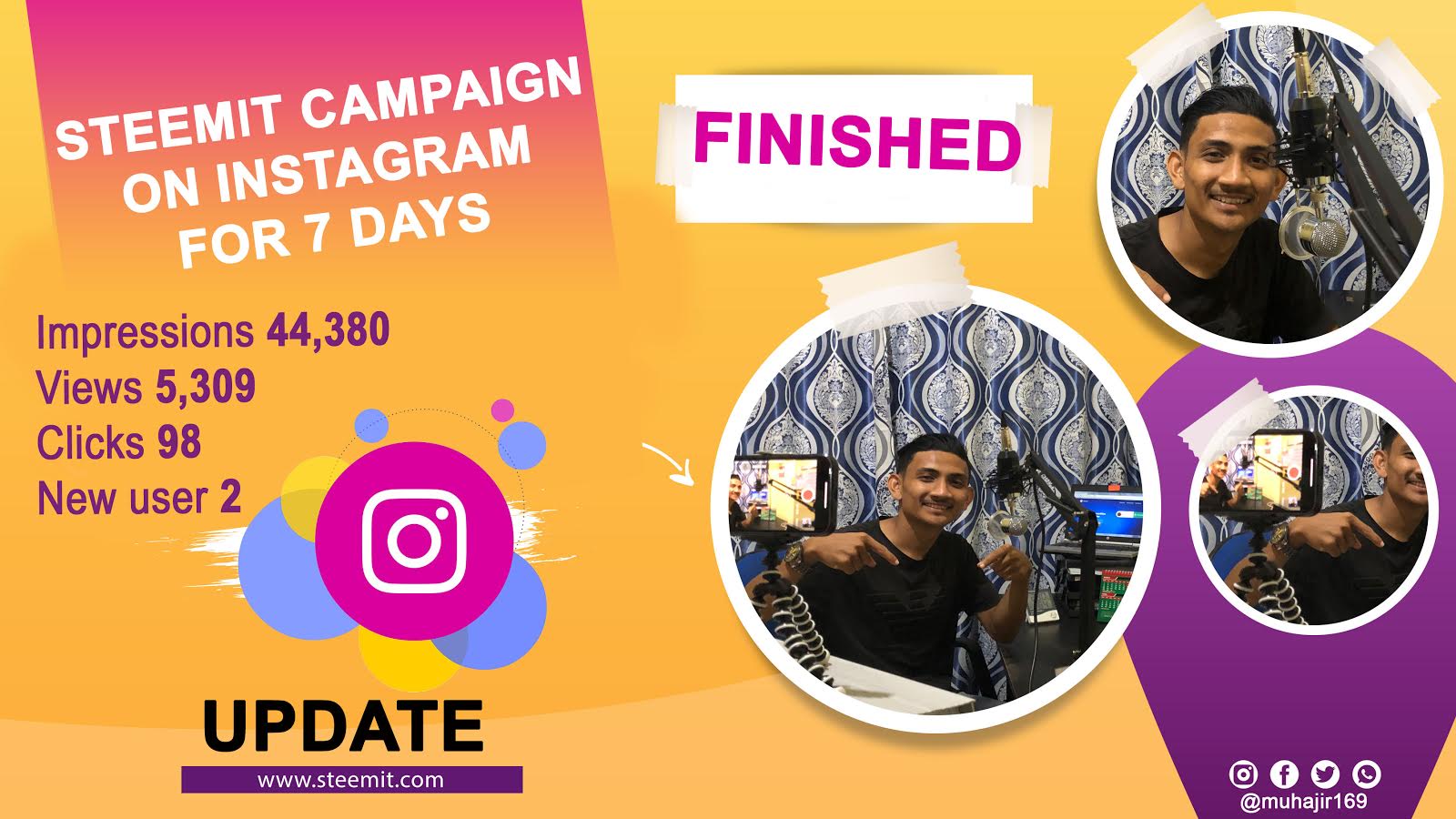 Hello, how are you all, on this occasion I will make a #promo-steem in the form of a Steemit campaign that I promote on Instagram starting today, 18 May 2021, I started my first Steem campaign using Instagram social media, I did this to reach out more fans so they will be attracted to join steemit blockchain media.

Previously I had done promotions on Instagram with regular posts without ads, Steemit Campaign on Instagram, but only 926 views, 48 ​​comments, 246 likes, where this result is entirely from the appearance of my usual posts. And today I continue with an advertising campaign to get maximum results. Therefore, I took the initiative to promote Steemit on Instagram with the aim of making more people visit the Instagram web, because on my website there is promoting Steemit and there is also a link #steemit.com to join as a new steemit user. 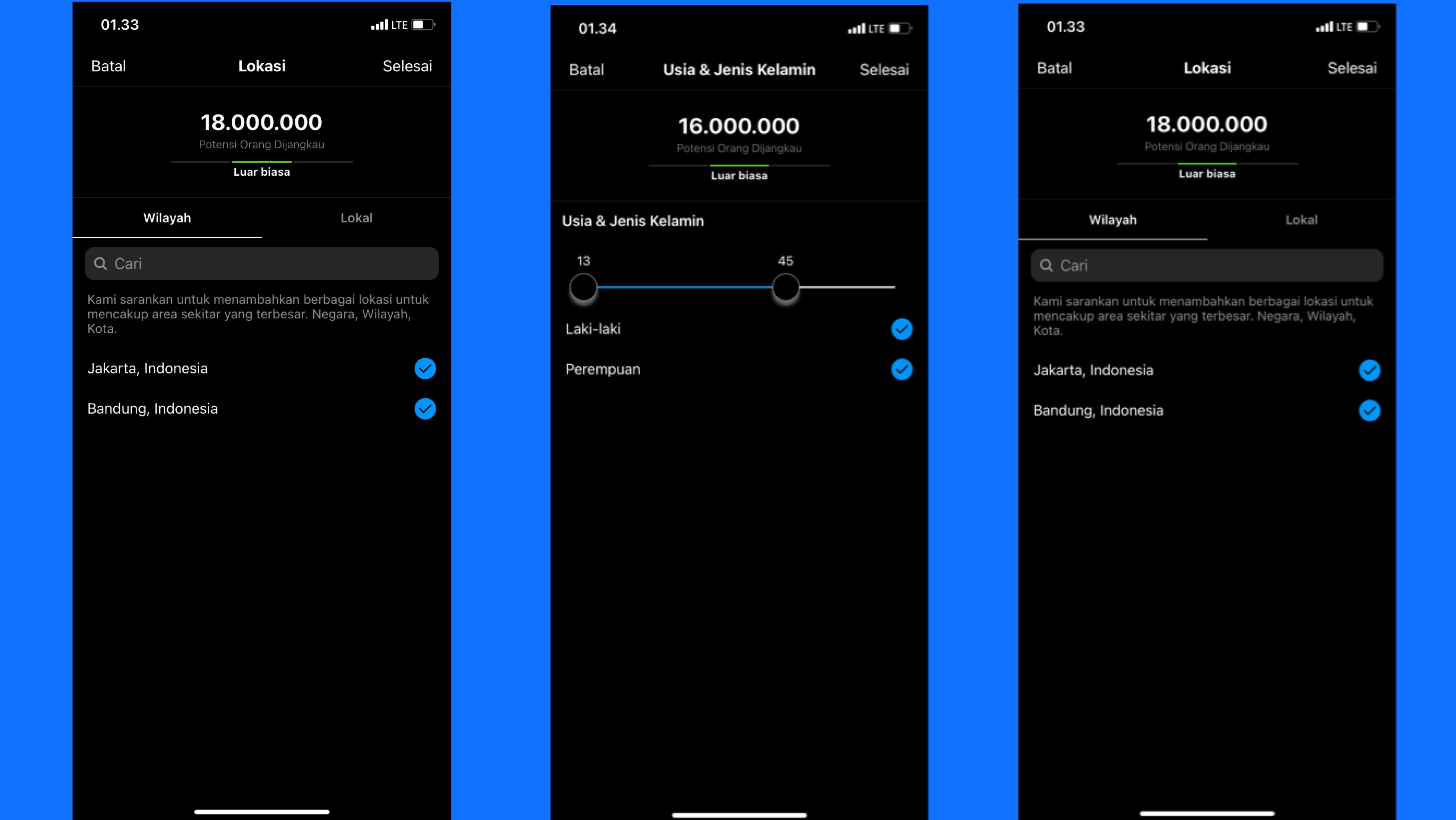 To promote advertising, I chose several large areas in Indonesia such as downtown Jakarta and Bandung City with a potential reach of around 18,000,000 people and from 13-45 people with a potential reach of around 16,000,000 people, because Jakarta and Bandung City are the city centers There are a lot of population and there are also very many students at the university, both teenagers and adults, who still use Instagram as their social media, so I chose this area to promote steemit. 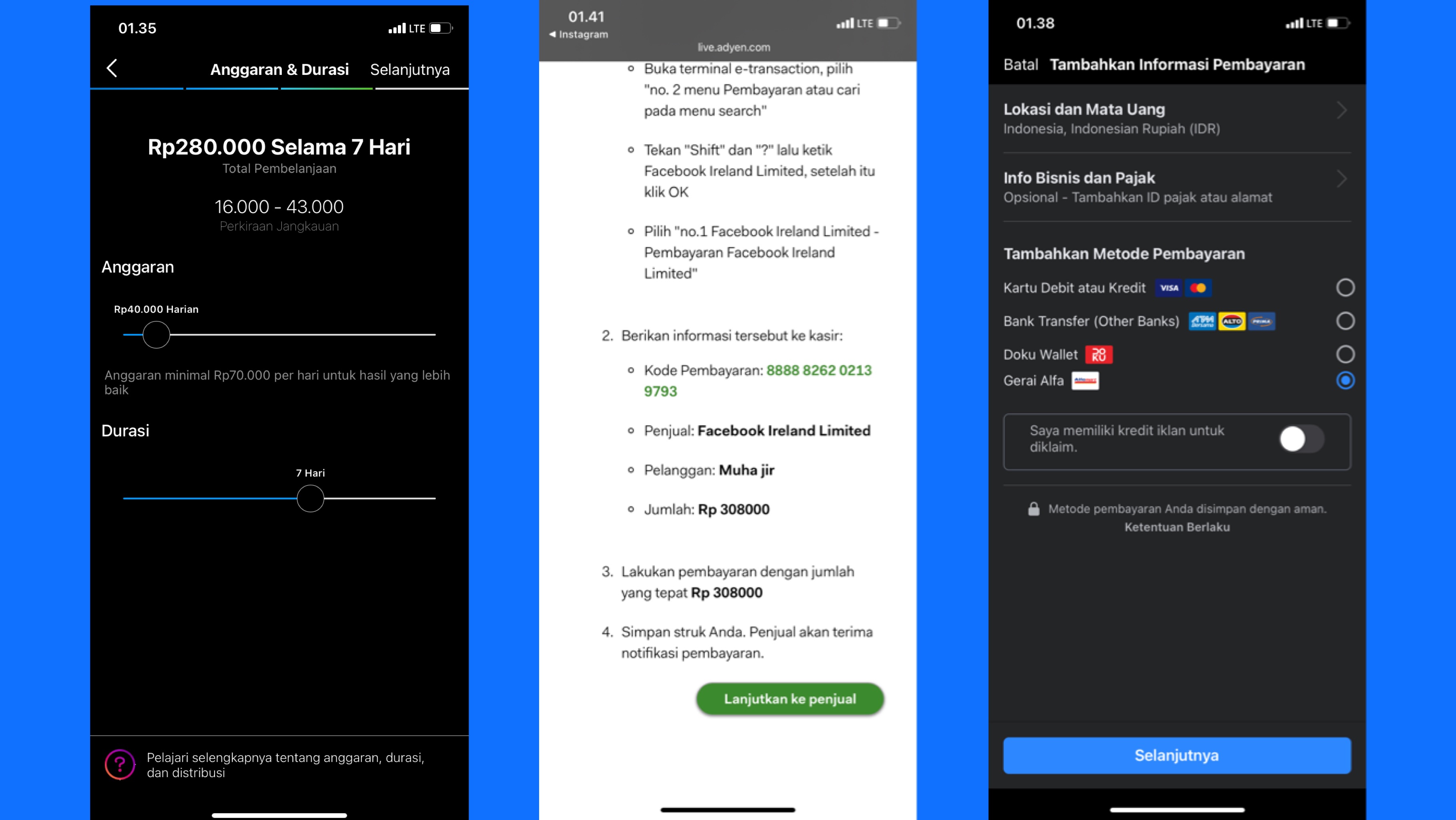 Today I see everyone using social media as a means of communication and as information throughout the country, because Instagram is a very popular social media in all countries. And today I took the initiative to create a Campaign on Instagram for 7 days at a total cost: IDR 308,000 ($ 21.70). 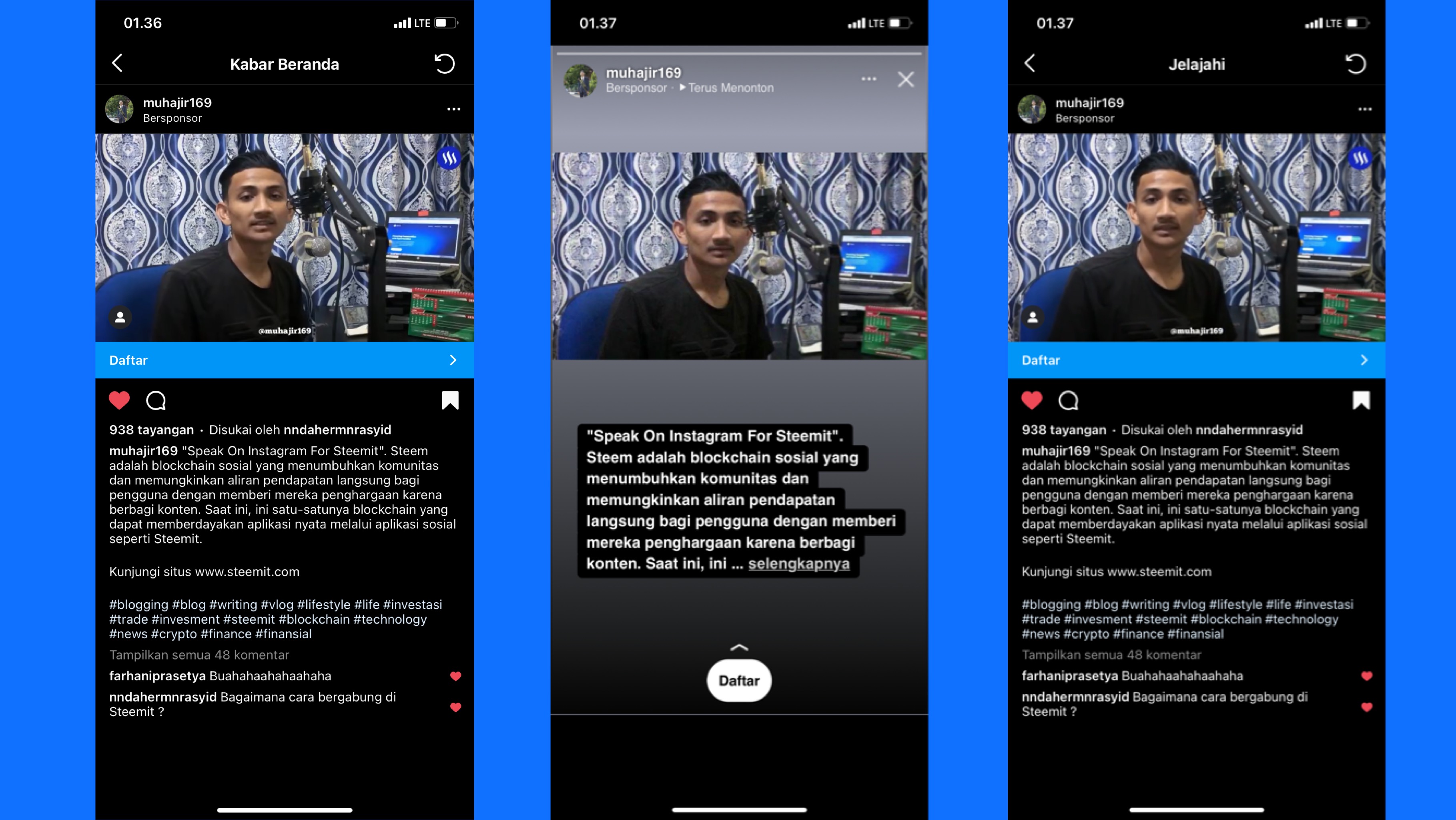 Background The development of the world of technology is developing very rapidly throughout the world. Especially on the use of social media like Instagram. On Instagram is one of the most effective promotional channels that can be used to do promo-steem. 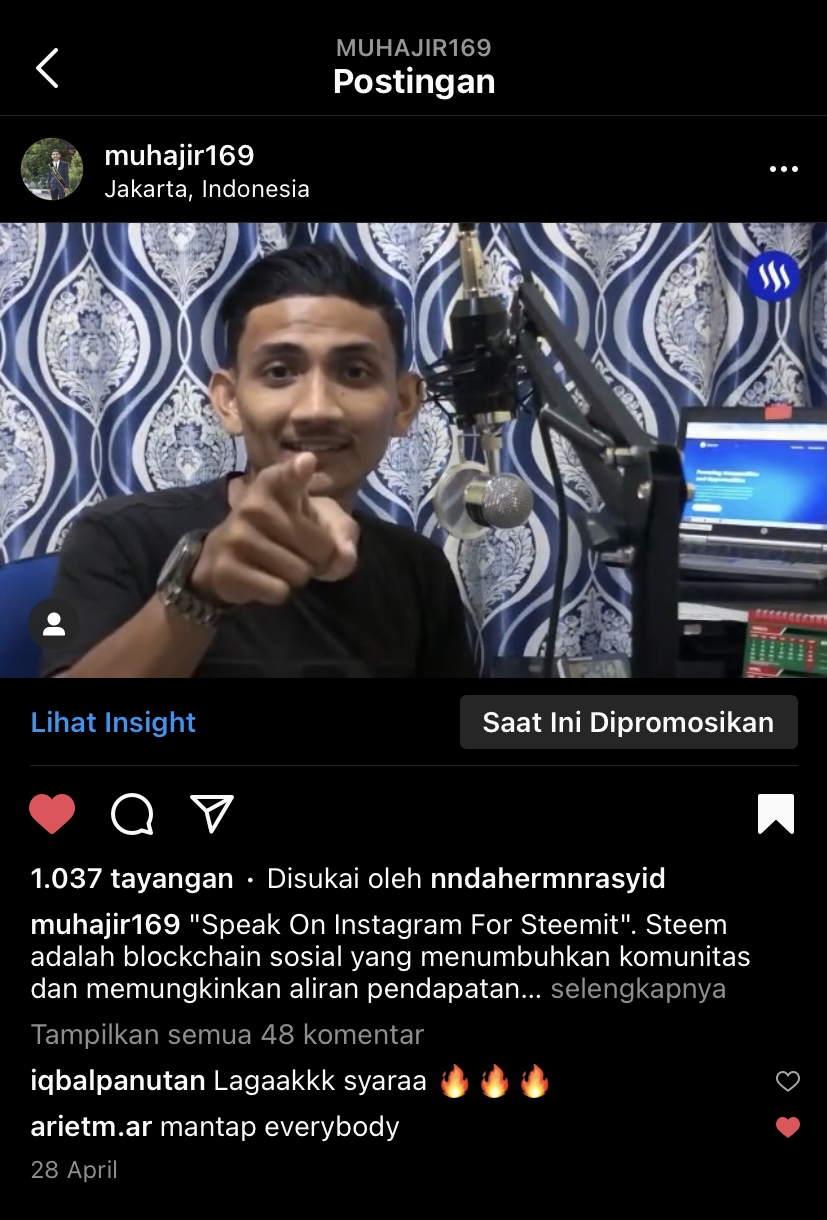 With me making a campaign on Instagram, many want to join Steemit, therefore, to promote Steemit on Instagram is an application that is developing for Steemit.

That is the information about Steemit Kompanye on Instagram that I can provide today. Than I will update how it progresses. Hopefully this information can be useful for all of us and also add new users.

This is the last day of running a campaign on Instagram. This data is calculated from 18 May 2021 at 20.00 until 26 May 2021 at 20.00 at night which is the last data or the overall data. During the campaign process the data experienced a tremendous increase, where the data per day increased over the first, second, third, fourth, and fifth day and so on, this is very extraordinary data. Here I will show you the daily insight report on 26 May 2021 which is the overall data from my campaign. 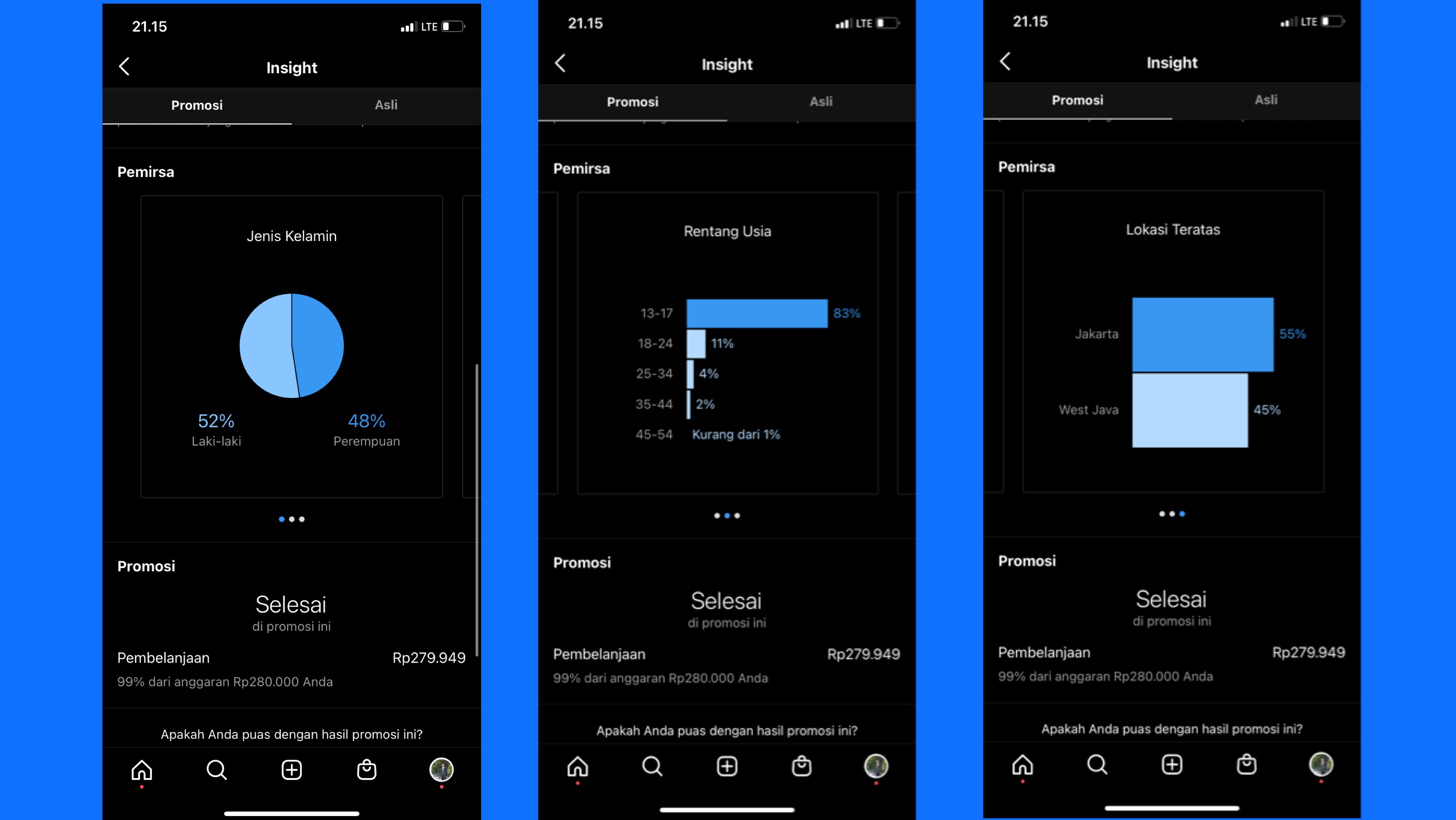 This is a daily update on May 26, 2021 where the highest impressions reached 44,380. It has experienced a tremendous level increase compared to previous impressions.

Ads have been running for 7 days, this is the quiet last day of promotion on my instagram during post updates on daily basis. With a total campaign cost of $ 21.70, and a campaign cost of $ 3 per day. Here we have a very impressive total. And the number of videos watched, with a total of 98 linked link clicks. 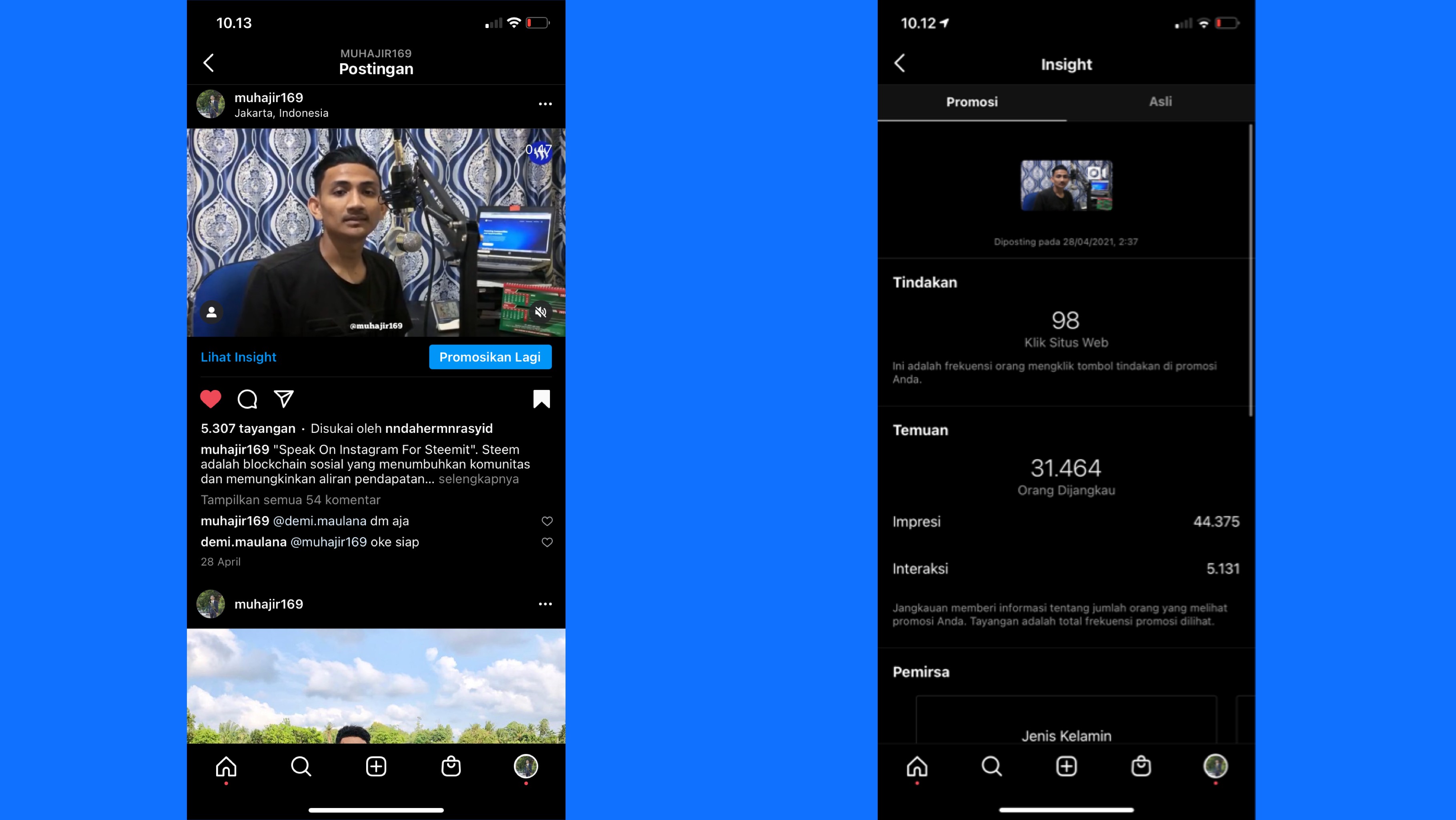 During the campaign, there have been comments from users who want to join Steemit, the data that I have collected from the first day until today, there have been two new users who have joined Steemit through my promotional posts on Instagram with the @ihsanganteng and @demimaulana accounts he has already active in steemit hopefully in the future there will be more who can join steemit through my instagram campaign hopefully the best will happen after a few days. And this is a marketing system to introduce steemit to a wide range. In essence, our goal is to introduce steemit to many people, and this is the first step for all of us. 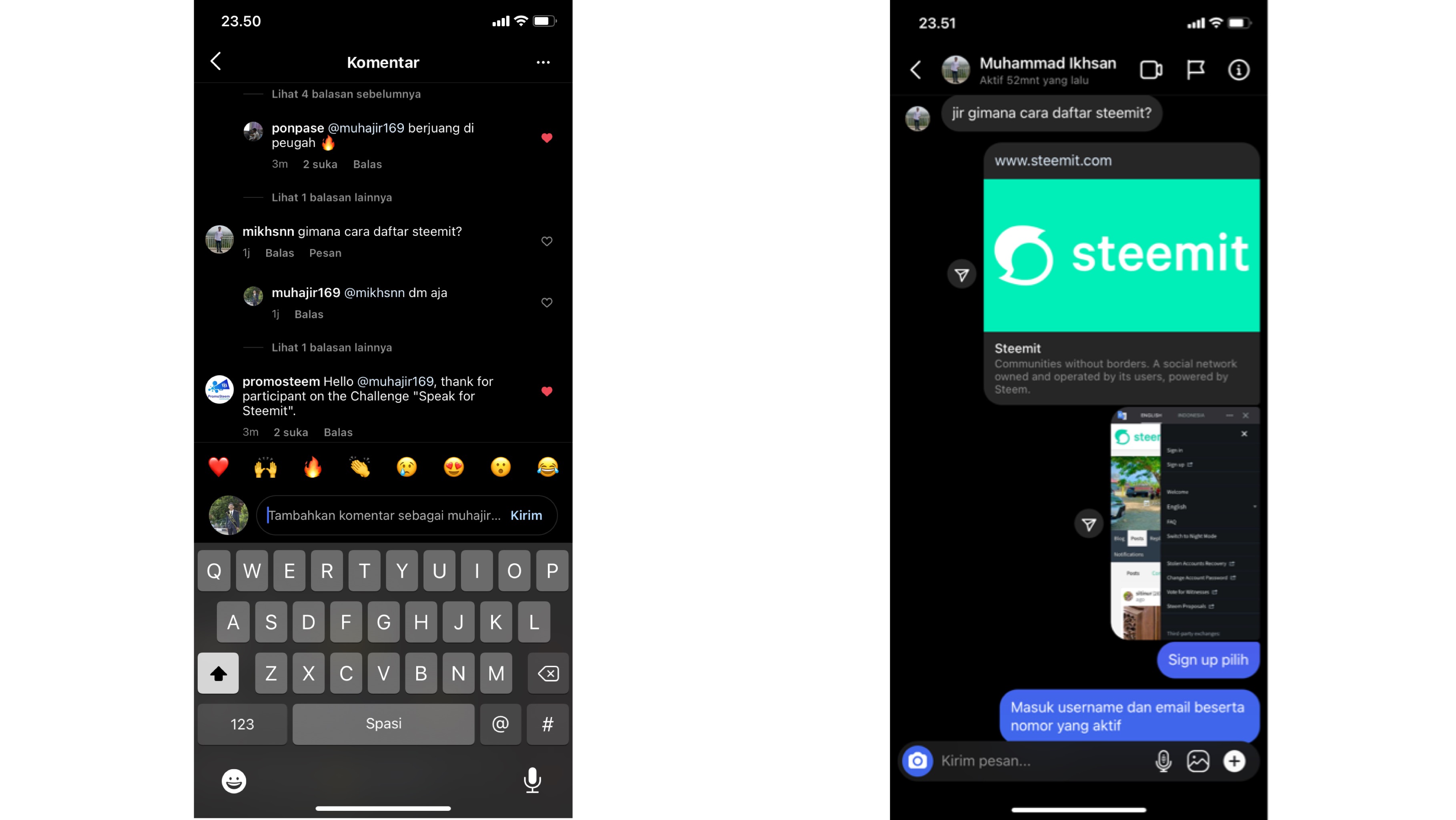 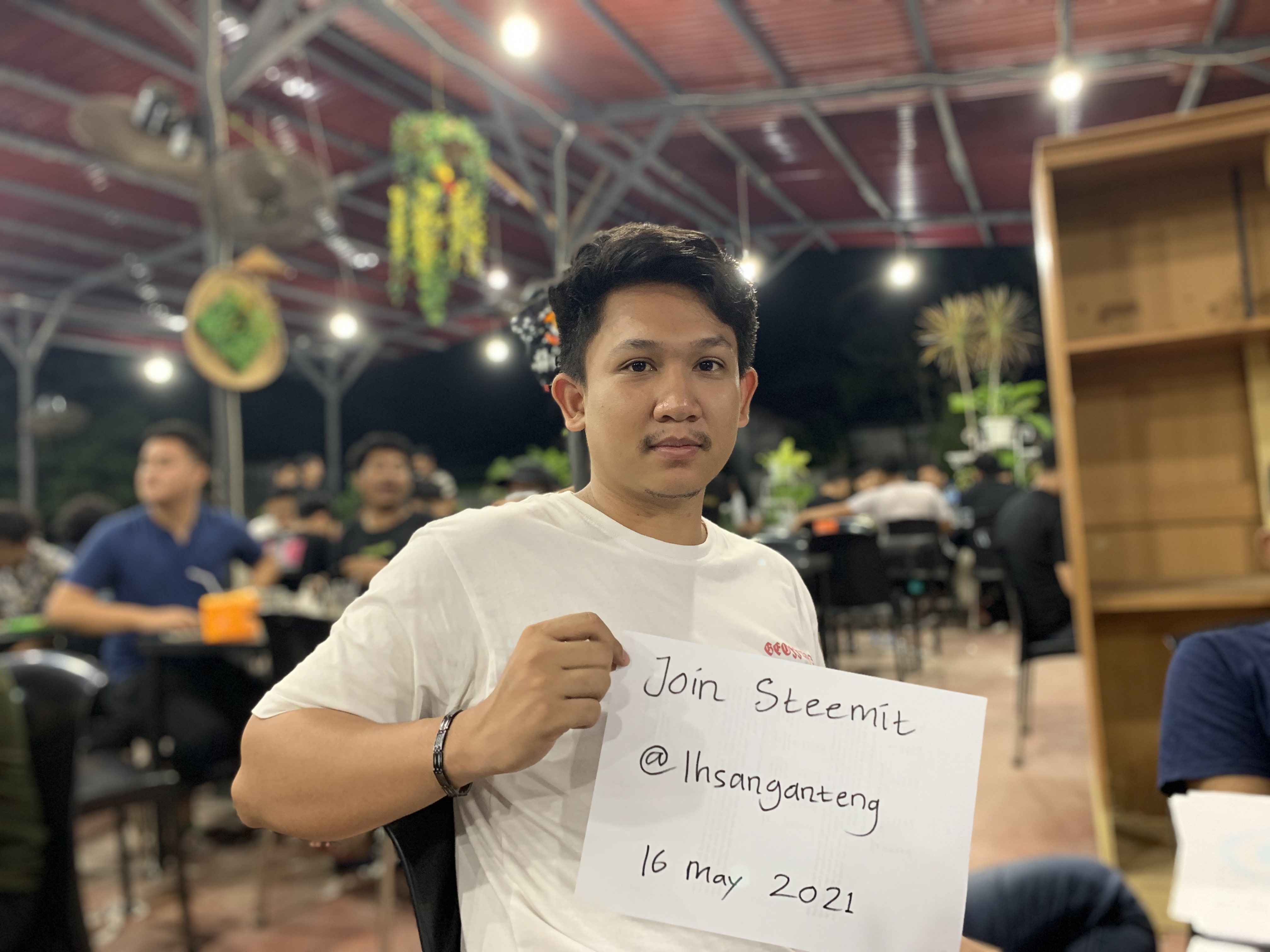 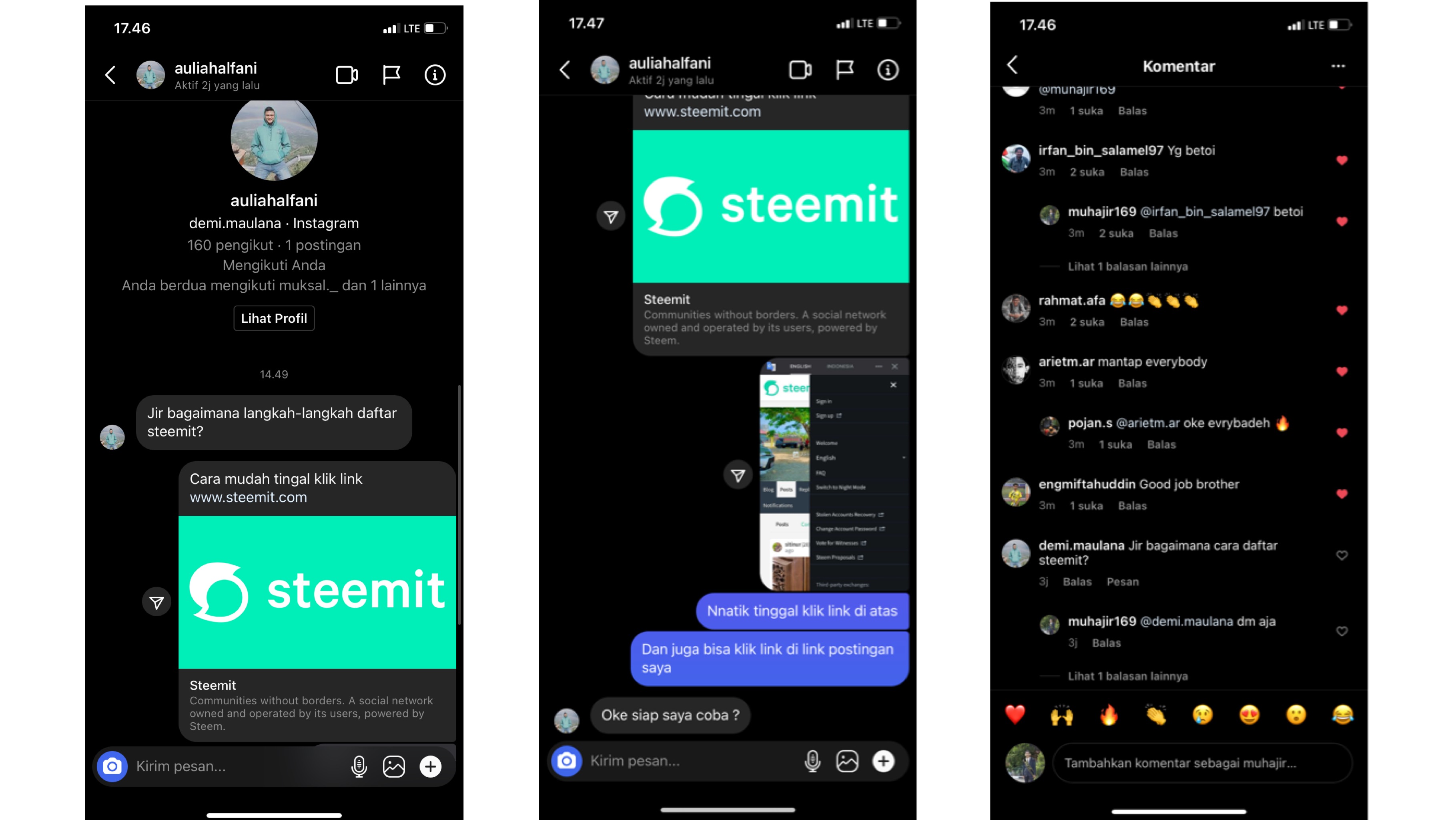 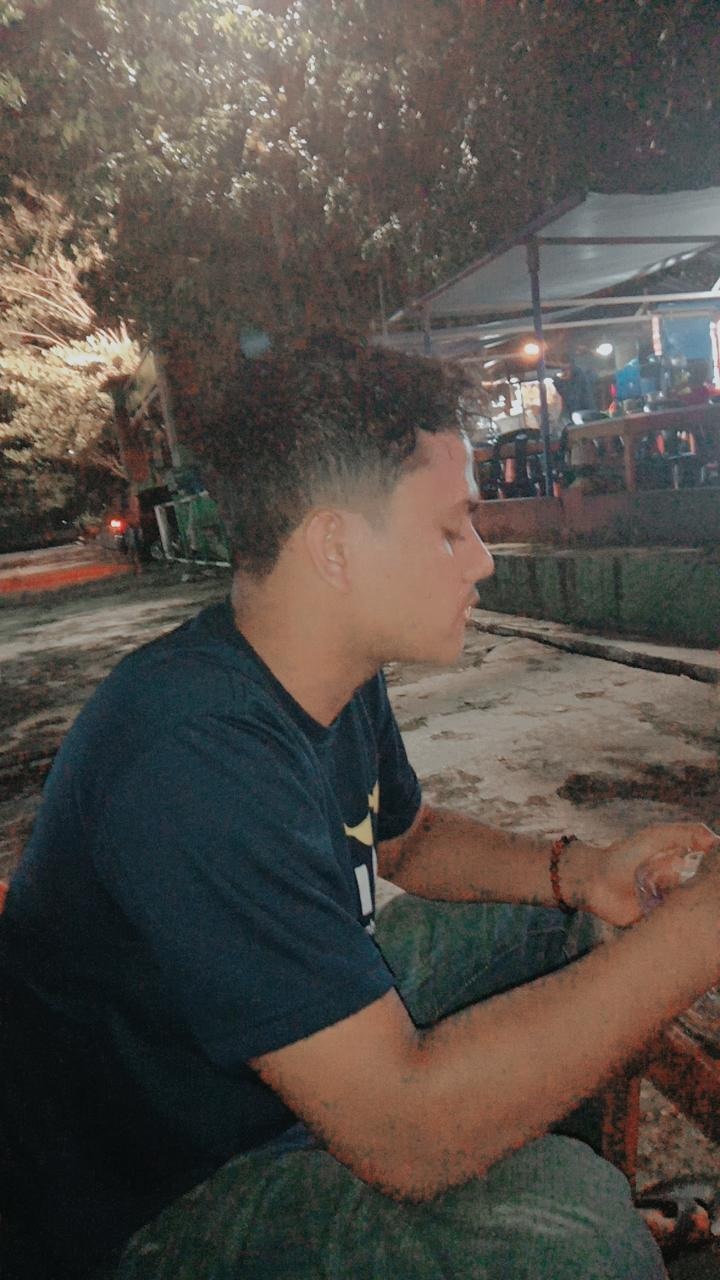