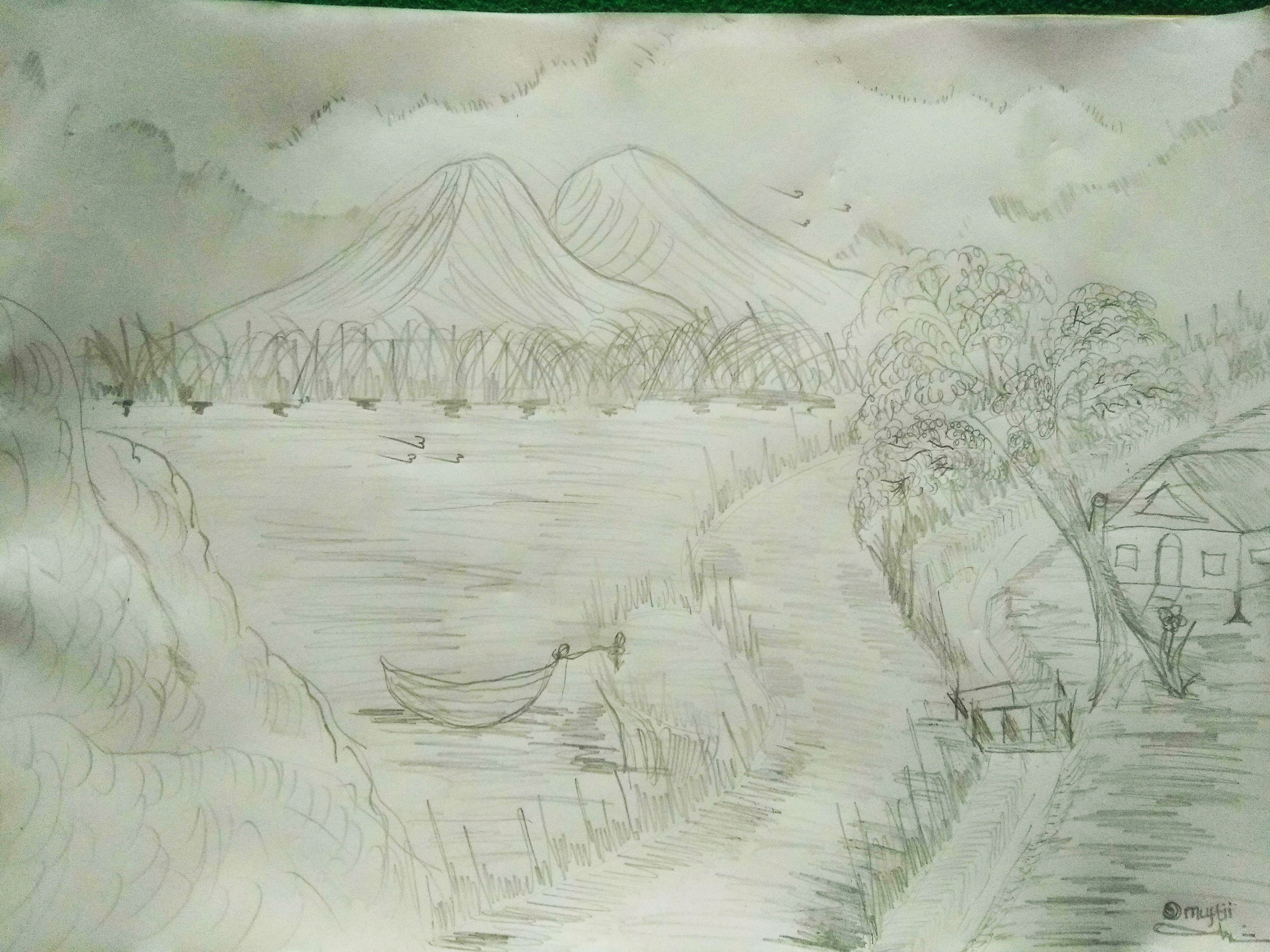 In the Nine Realms Gods there is a Jibolta mountain surrounded by a large Alasta river, the water is very clear, and flows swiftly.

Mount Jibolta is a former volcano that erupted thousands of years ago. On the beautiful slopes of the mountain, on the edge of a clean river with a stunning panorama, there is a large kingdom, Alor Pinang.

Thanks to the Alasta river and the Jibolta volcano, the royal land became very fertile for agriculture.
King @xpilar as the head of the kingdom, is very fair to his people, there is no corruption, no royal terrorists, even people have never heard of his mistakes,

The language of the king is very polite and full of civilization when communicating with the people, the king upholds the noble values ​​taught by their Gods. Its popularity spread throughout the world.

Alor Pinang residents live very happy, healthy, strong, prosperous, and virtuous, @adeljose as
Royal advisors are highly skilled people with high morals, in addition to that the kingdom is protected by troops led by commanders
@art-venture, they are very strong and dare to die at any time to defend it from enemy aggression.

Coupled with @sultan-aceh as a very capable and brilliant intelligence. No enemy soldiers and provocateurs dare to enter and approach.

The people of Alor Pinang prospered with abundant yields and found comfortable peace under the leadership of king @xpilar.

followforupvotes
As a follower of @followforupvotes this post has been randomly selected and upvoted! Enjoy your upvote and have a great day!
26.05.2020 09:01
0
#

This is a good story, my friend, as well as a very good drawing.

Thank you for participating.

Hi @adeljose
Thanks you friend

hi @xilar
Thank you for the compliment, it seems that your compliment is too excessive, I must not be lulled by this compliment, I try to be better in the future. sorry in advance because I entered your name in my story.
Yours sincerely @muftii 🤝✍️🤗

Hi @muftii, this is a good story.