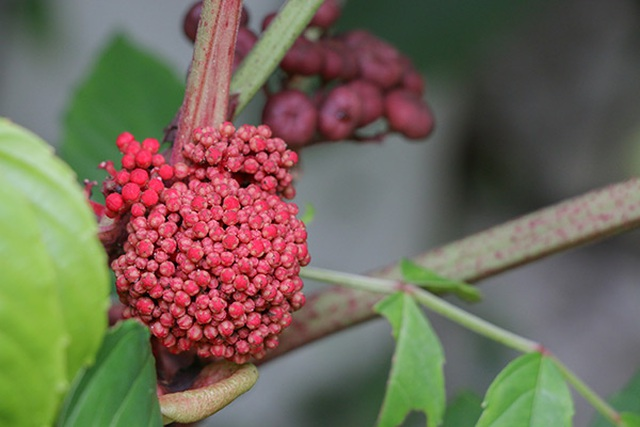 Through research, Singaporean scientists have proven 5 tropical plants possessing effective ability to prevent and fight cancer, among which many names are very familiar to Vietnamese people.
A team of scientists from Singapore has conducted intensive research on the medicinal properties of native tropical plants, for many years. In this study, they focused on seven species of plants that have been used in traditional remedies to treat cancer, including: Indian Beet (Leea indica), Bup (Clinacanthus nutans), scarlet ( Clausena lansium), chlorophyll (Pereskia bleo), cat eczema (Strobilanthes crispus), bear bile tree (Vernonia amygdalina), and three-leaf shoot (Vitex trifolia).

Indian puppet
To test the anti-cancer properties of these seven plants, the team extracted the extracts from their fresh leaves and used them to treat various types of cancer cells including breast cancer, ovarian cancer, uterine cancer, cervical cancer, blood cancer, liver cancer and colon cancer.

Through experiments, the team found that Indian Indian beetroot, bear bile, and tricuspid almonds were able to effectively inhibit the growth of many cancers. Besides rosemary and cat eczema, it shows the ability to prevent some types of cancer.

Bear bile
Surprisingly, the acacia, commonly used by Singaporeans for cancer treatment, proved to be ineffective at inhibiting the growth of cancerous cells, in this experiment. According to scientists' guess, this plant may have different ways of acting on cancer, instead of killing cancer cells.

"The herbs have been used since time immemorial to cure diseases," said scientist Hwee-Ling Koh, a representative of the research team. However, the anti-cancer properties of these plants have yet to be explored and explored in detail. ” The expert also stressed that the scientific evidence from their research could be applied to traditional medicine, as well as to the fight against cancer in humans. However, more in-depth studies are needed to accurately identify the active ingredients that bring these cancer-fighting properties to these plants.
Familiar plants have the ability to prevent and fight cancer

Before the research of Singaporean scientists, many plants have been shown to be effective in preventing and fighting cancer, in which many "names" are very familiar to us such as:

Cauliflower: This cruciferous vegetable contains a compound called sulforaphane, which has been shown to have powerful anti-cancer properties. Even a University of Michigan study claims that sulforaphane can reduce the size and number of breast cancer cells by 45% and 75%, respectively.