Thought Of The Day - Political Bias On Social Media 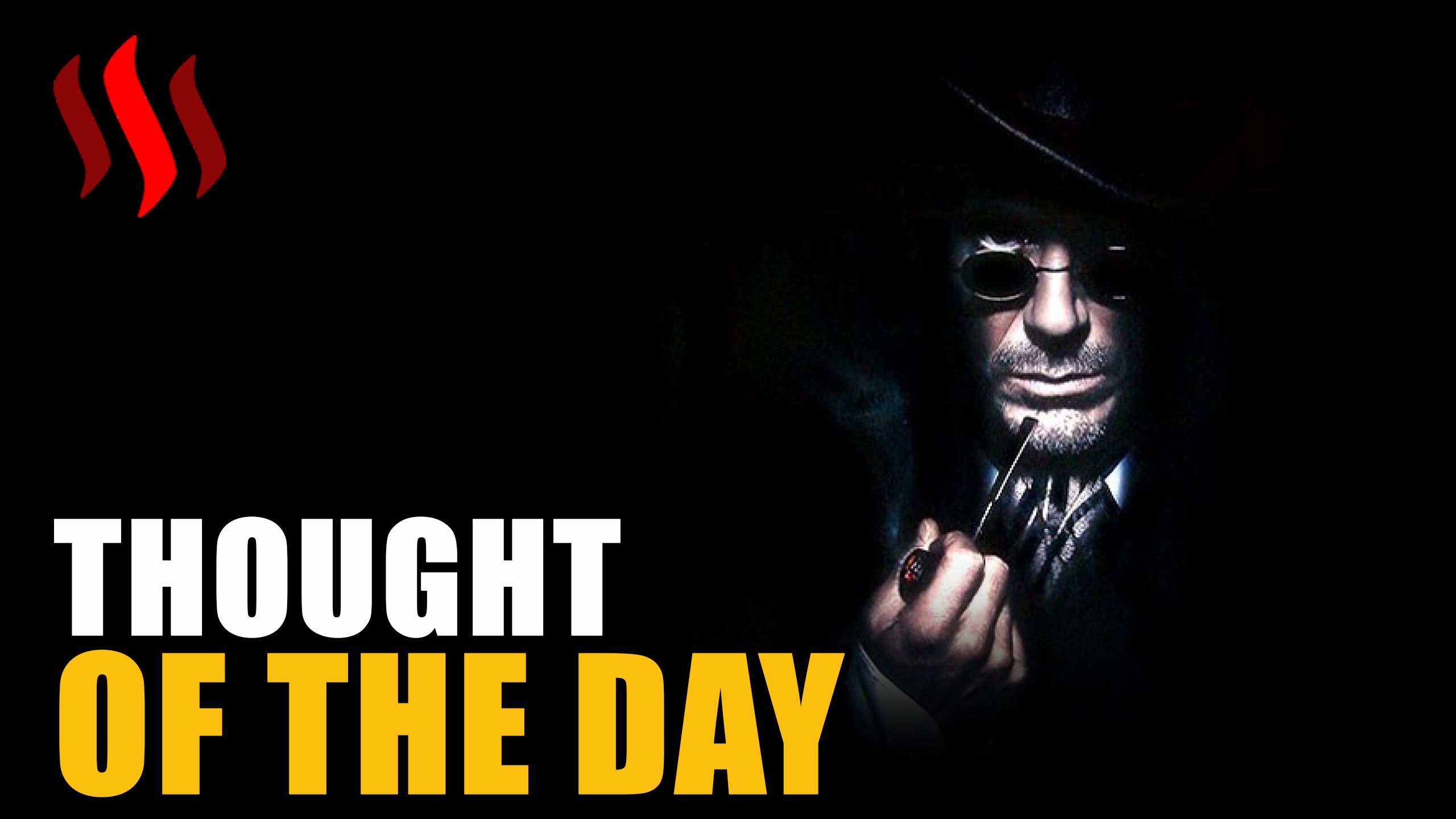 Oh How The Pendulum Swings

It looks like the discussion regarding the state of social media has reached the top branches of government. Let me first provide you with a little context to what I'm talking about. So a few months ago a group of Twitter users filled a lawsuit against Trump after he had blocked them on the social media platform, because they criticized or mocked him. A federal appeals court ruled on Tuesday, that the First Amendment prohibits a government official who uses a social media account for government purposes from excluding people from an “otherwise open online dialogue” because they say things that the official finds objectionable. The lawsuit argued that Trump’s Twitter account amounted to a public forum or a digital public square. So his decision to selectively block people from participating in that forum because he did not like what they said amounted to unconstitutional discrimination based on their viewpoints.

This however does also by default then legally defines Twitter and other social media platforms as digital public square, and it Trump can't block people then the social media company won't be able to do it either. As this too is by definition unconstitutional discrimination based on their viewpoints. Which we all know is what Facebook, Twitter and YouTube has been doing for quiet some time now. They have however been using their terms of service as an excuse to remove narratives they do not agree with, or that other intersectional users don't like seeing. Project Veritas has provided more than enough evidence to prove that Google are actively suppressing opposing political narratives as well as promoting leftist ideology. Jack Dorsey the CEO of Twitter even publicly admitted that they enforce intersectional ideology in their rules, specifically the mis-gender-ing rule. 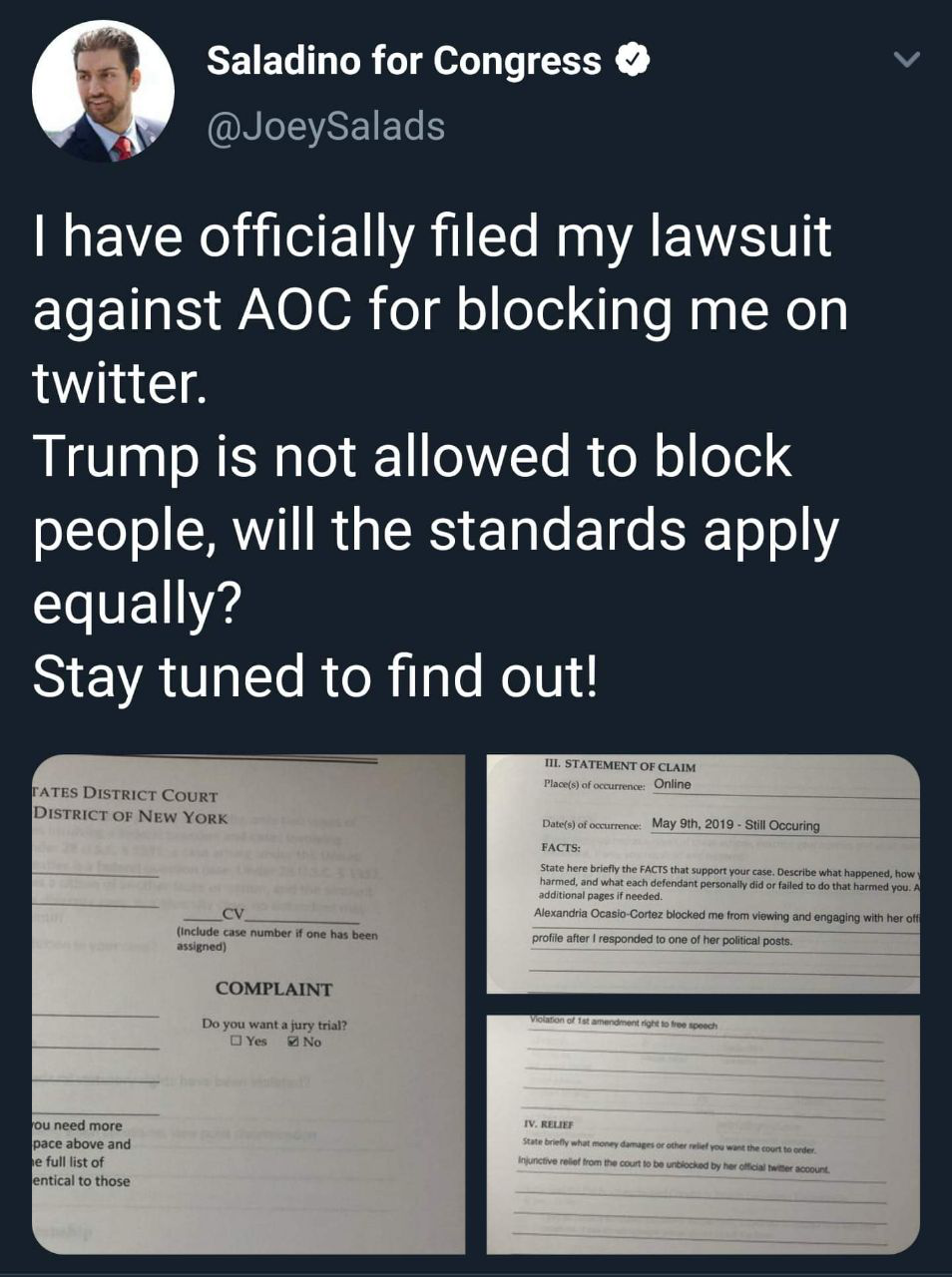 This court ruling probably has social media companies in a frenzy with their legal departments as to what effects these could have on business going forward. The funny part is that we immediately saw law suits being filled against prominant democrats who block any and all criticism they receive, AOC our favorite socialist it girl, being of the first to see folks filing suits. The main question now is, are social media companies just platforms or are they publishers, this court ruling can also however open a flood gate of law suits from people who have been removed from social media due to their political speech.

Another interesting development is that Trump is hosting a The White House Social Media Summit, had has invited a few prominent social media personalities to the event, to probably talk about the issues surrounding these tech giants and all the censorship. So far Tim Tool has been invited, who in my opinion has a great understanding of this issue and one of the top people to have this discussion with, I also hope to see a few other people there.

"The God Emperor's radiance reflects onto his enemies...and it burns. " - Sargon of Akkad

Thanks for popping in, hope you liked the post. Please leave me your thoughts and or opinions in the comments below, have a beautiful day.

• For those who love the the open road and the road less traveled follow @velimir
• The reason I joined this platform was thanks to one guy, the infamous @jeffberwick
• If you need great stories in your life and a wealth of experience @bigtom13
• For sport, great food and general life hacks follow @broncofan99
• A good laugh and for all things Star Wars follow @thedarksideshow

It would be great if courts were just, wouldn't it? Imma not hold my breath until just rulings start falling off the bench. Blue isn't a good color for me. I'm more a summer.

Institutions have greater power than individuals because of parasitization, and the ongoing development and dissemination of means of production to individuals is decreasing institutional power by decreasing parasitization. When we just make our own stuff, there's no transactions to tax. It's a long road, but the end of the road is clearly marked: freedom.

The only way to stop it, since they can't amend or repeal the laws of physics that make 3D printers possible, is to kill us all. Since doing that ends the flow of wealth and power to parasites even more completely than decentralization, the only reason to do that is to keep free people from existing.

That's crazy talk. Too bad they're crazy. Fortunately, crazy people aren't rational, and reason and understanding are useful and effective. The way I see it, we just need to avoid annihilation long enough to develop and disseminate decentralized technology suitable to render institutions obsolete, and then we can listen to madmen rail against vile freedom, or not, and just ignore them until they go away.