Approaching the village, I saw a white massif turning pink in the rays of the setting sun. It seemed to me not so big as I imagined it. With the last rays of the sun, I got off the bus and plunged into the muddy autumn twilight. To the right of the highway, a hundred meters away, a white mountain melted in the darkness, and on the left there was a village. That's the whole simple picture.

Twilight was thickening. Little stars lit up in the big sky. It was time to look for an overnight stay. I took several steps towards the village, when suddenly a human figure emerged from the darkness. It turned out to be a local guy, the owner of the hotel. He really wants me to stay with him. 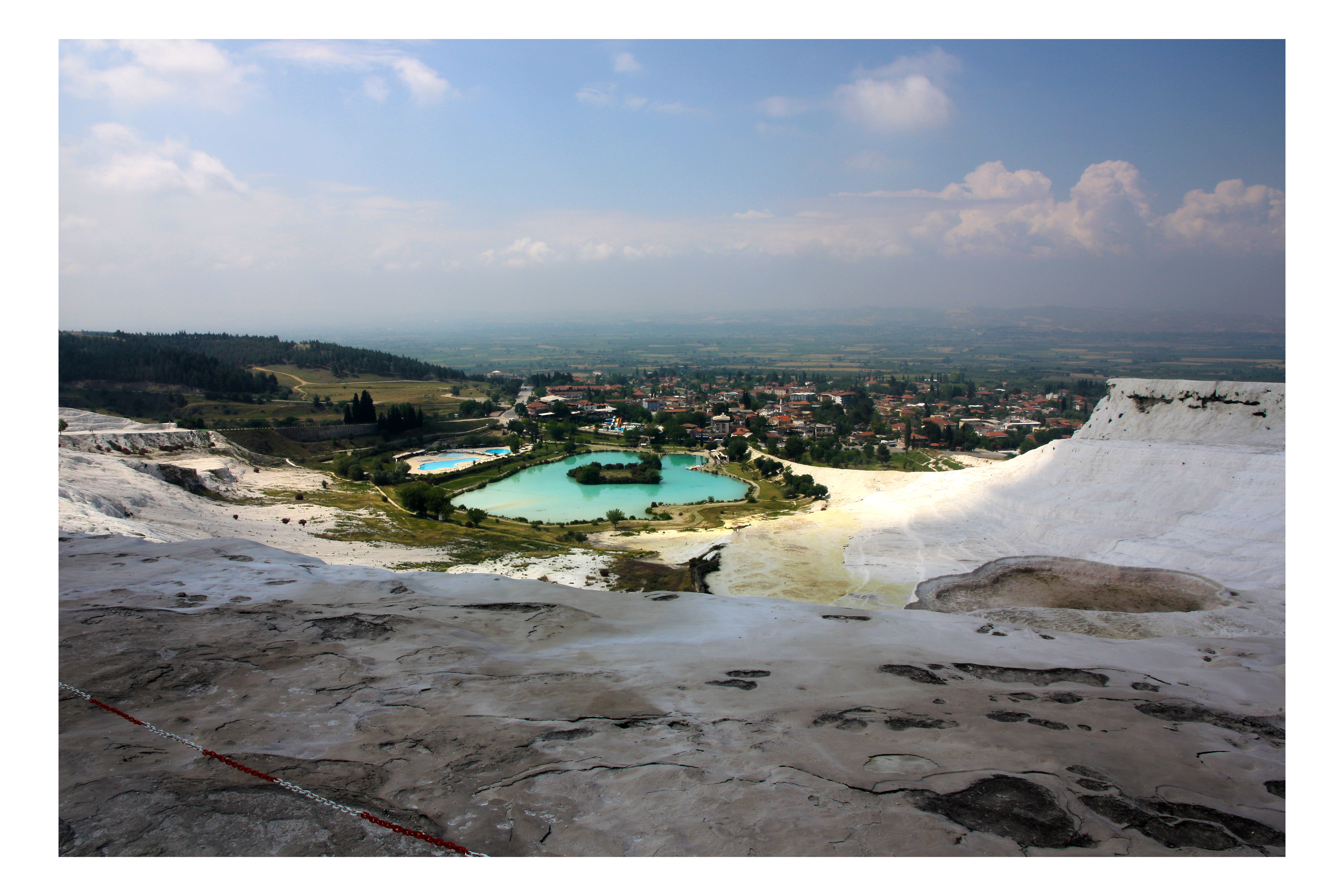 There I spent my few days. The hotel turned out to be a decent place for such a village. Clean, beautiful and inexpensive - only 10 TTL for a large room with shower and hot water. On the street there is even an outdoor pool where water should flow straight from the slopes of the White Mountain.

The next morning, with the first glimpses of the dawn, I went to meet in the legendary snow-white mountain. In fact, she was not snow-white at all. Unfortunately, people kill the miracle of nature, methodically day after day.

At the entrance sits a security guard collecting money. Many guards are on duty on the mountain itself - some sections of the mountain, the most beautiful and unique, are protected and closed to tourists. You can only look at them from the sites, but walking on them is forbidden.

I arrived there at about seven in the morning, before dawn, in splendid isolation, climbed the mountain and watched as the first rays of the sun begin to glide over the white walls and ledges. Autumn morning is still pretty cool. But the sun rises quickly, and soon the slopes of the snow-white mountains are filled with people, whole buses coming from coastal resort towns. So, early morning is the only time when you can wander around the mountain alone, enjoying its almost pristine beauty. 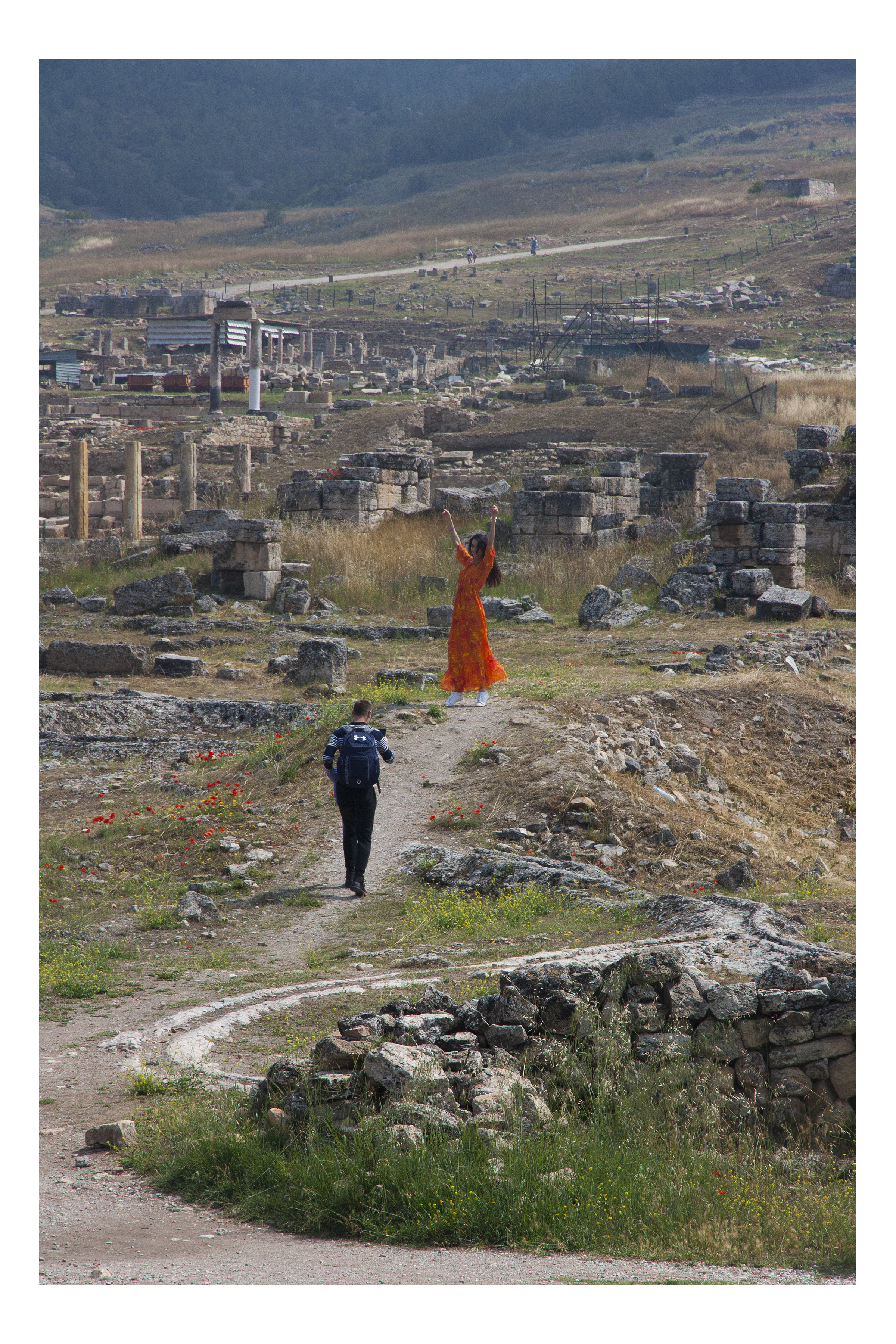 The surface of the mountain itself occupies a rather large space filled with snow-white hills and ridges. Under the rays of the midday sun they shine like real living snow. Dark, gloomy cypresses turn green against the background of sparkling whiteness, cocking their crowns to the sun, as in the paintings of Van Gogh. 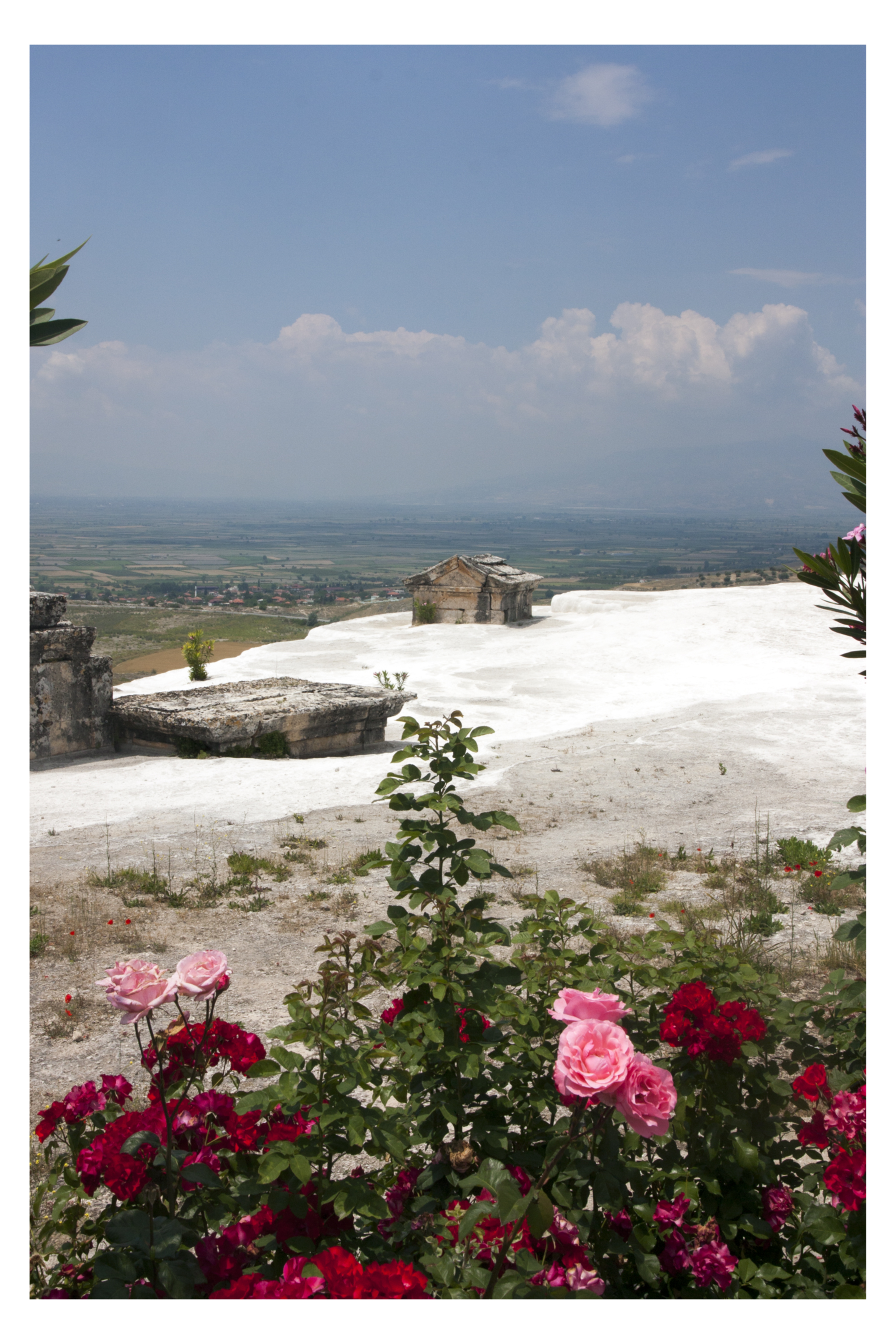 Fairy travertines are cascading on the slopes, like a white waterfall, which only froze for a moment above you, and in the next second will fall upon you with an ocean of cold waves. 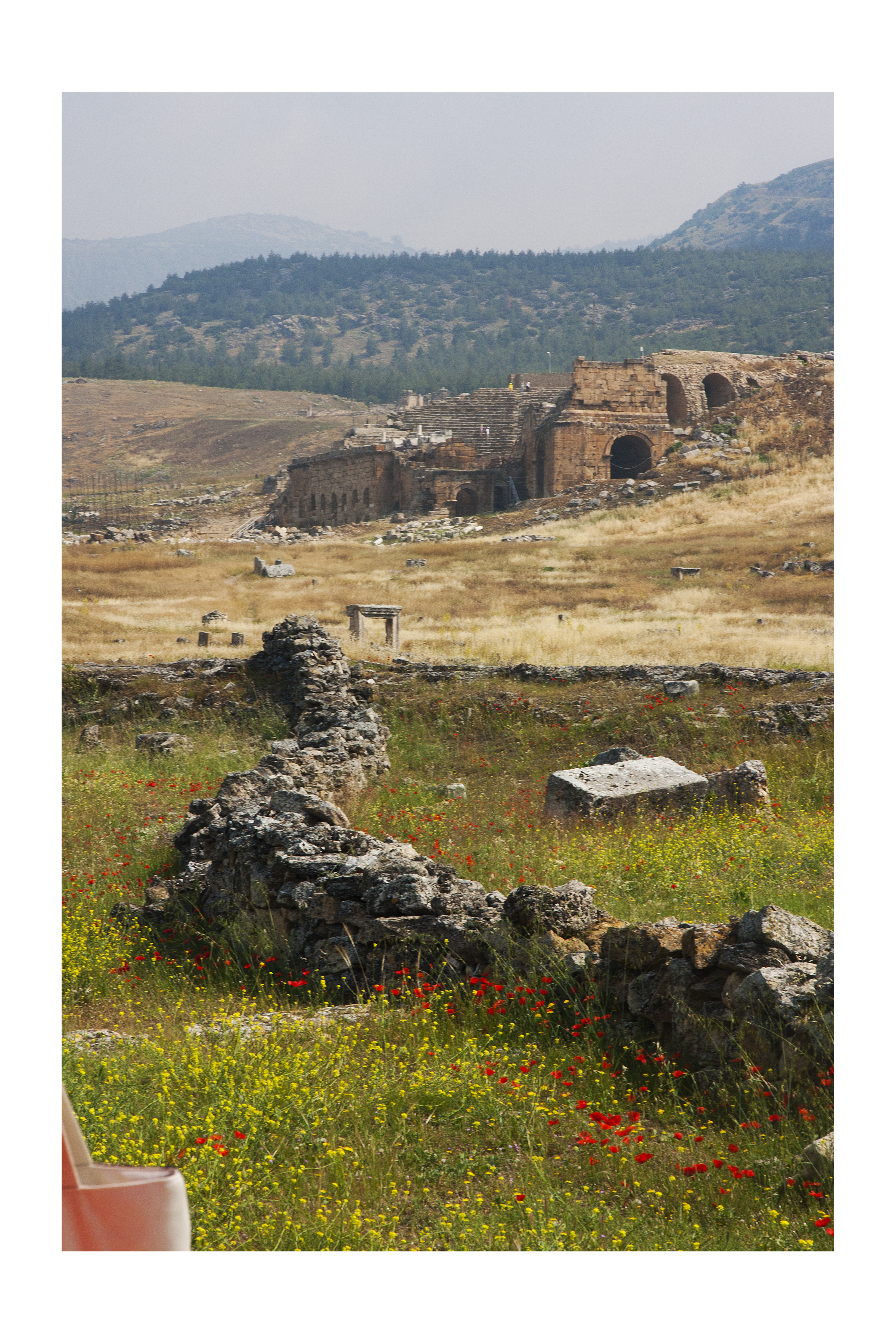 The spring’s waters slowly flow down bizarre petrified cascades, and Van Gogh’s sky, clouds and cypresses lazily reflect in their mirrors. It is worth waiting for the evening when the setting sun paints the snow-white ridges in golden pink shades. The mountain, like a candle, shines against the background of a dark blue sky. 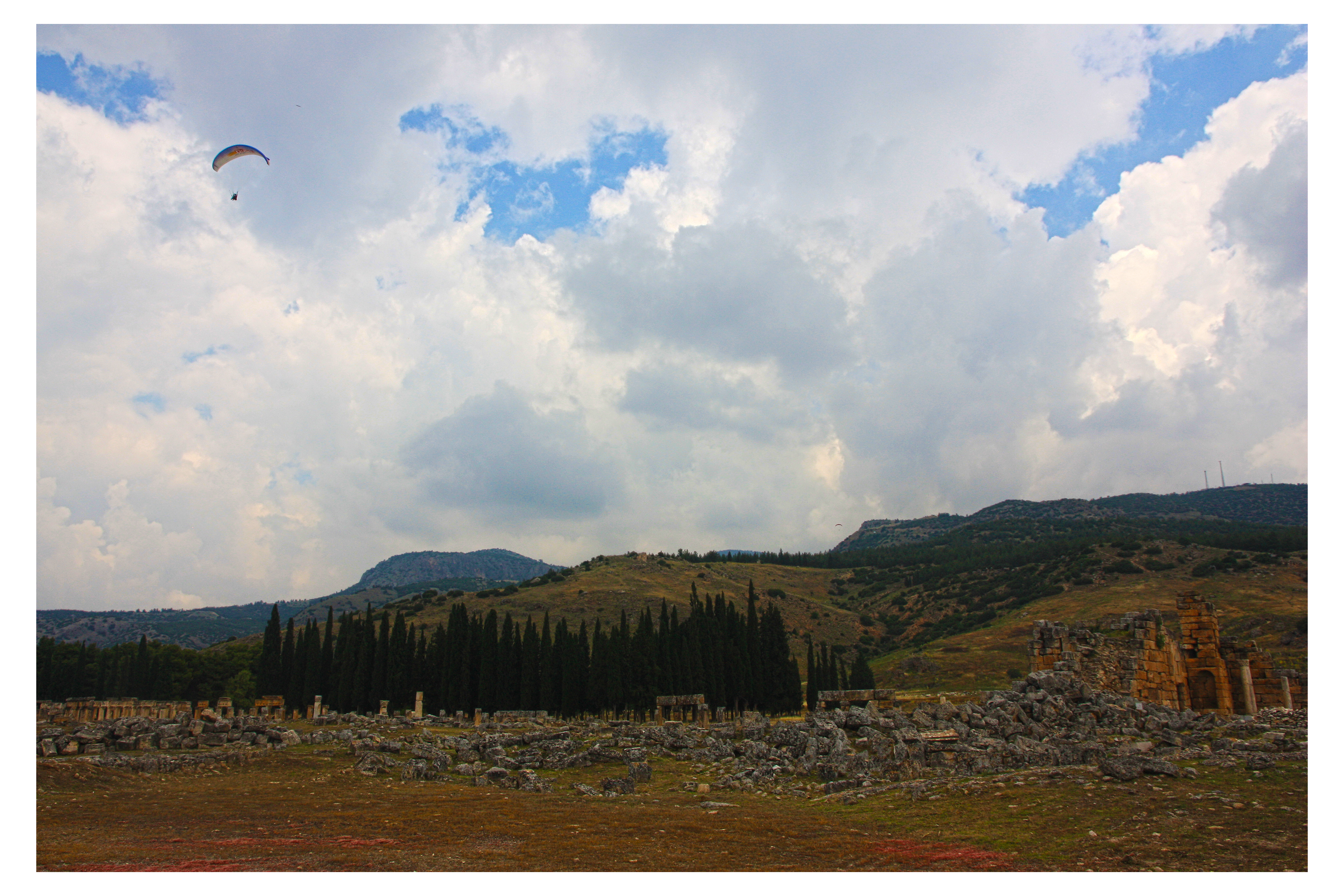 A yellow moon and a round dance of twinkling stars complement the evening landscape, making it completely fabulous and magical. Silence. Only the song sounds over the valley, let the brilliant brooks murmur. But the tale does not last long - the sun sets inexorably and, winking goodbye, hides beyond the horizon.

As in the case of the mountain, only in the early morning you can see the ruins of the ancient city free from crowds of tourists, making it difficult to take photos and feel the spirit of ancient antiquity. The entire territory of the policy is about one kilometer long and wide, and you can walk around it in a few hours by examining everything that needs to be inspected. 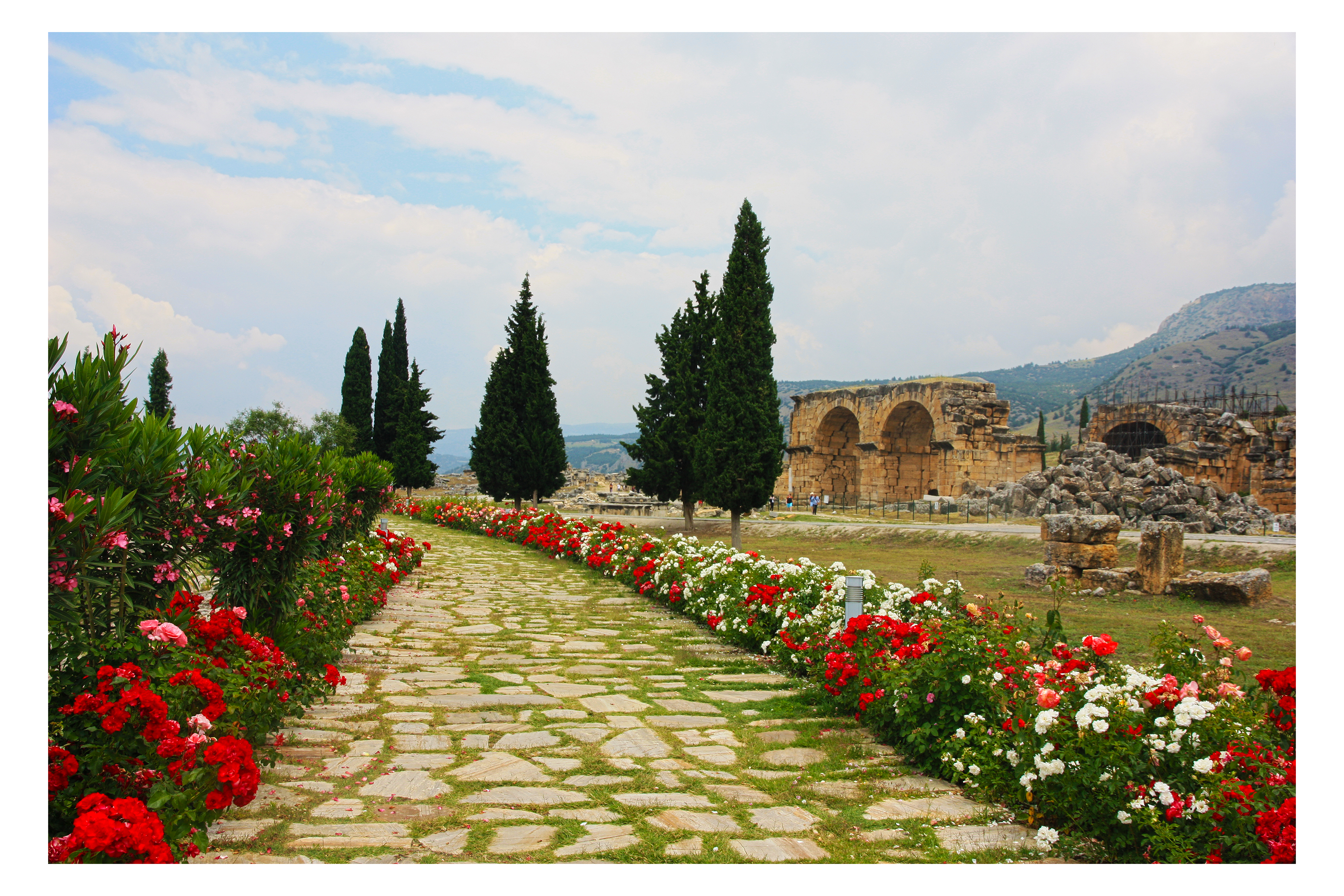 Thank you for viewing

Hiya, @lizanomadsoul here, just swinging by to let you know that this post made into our Honorable Mentions in Daily Travel Digest #638.

Hey @mister-omortson, here is a bit BEER for you. Enjoy it!