The Buy Nothing Project Has Reached Our Suburbs. 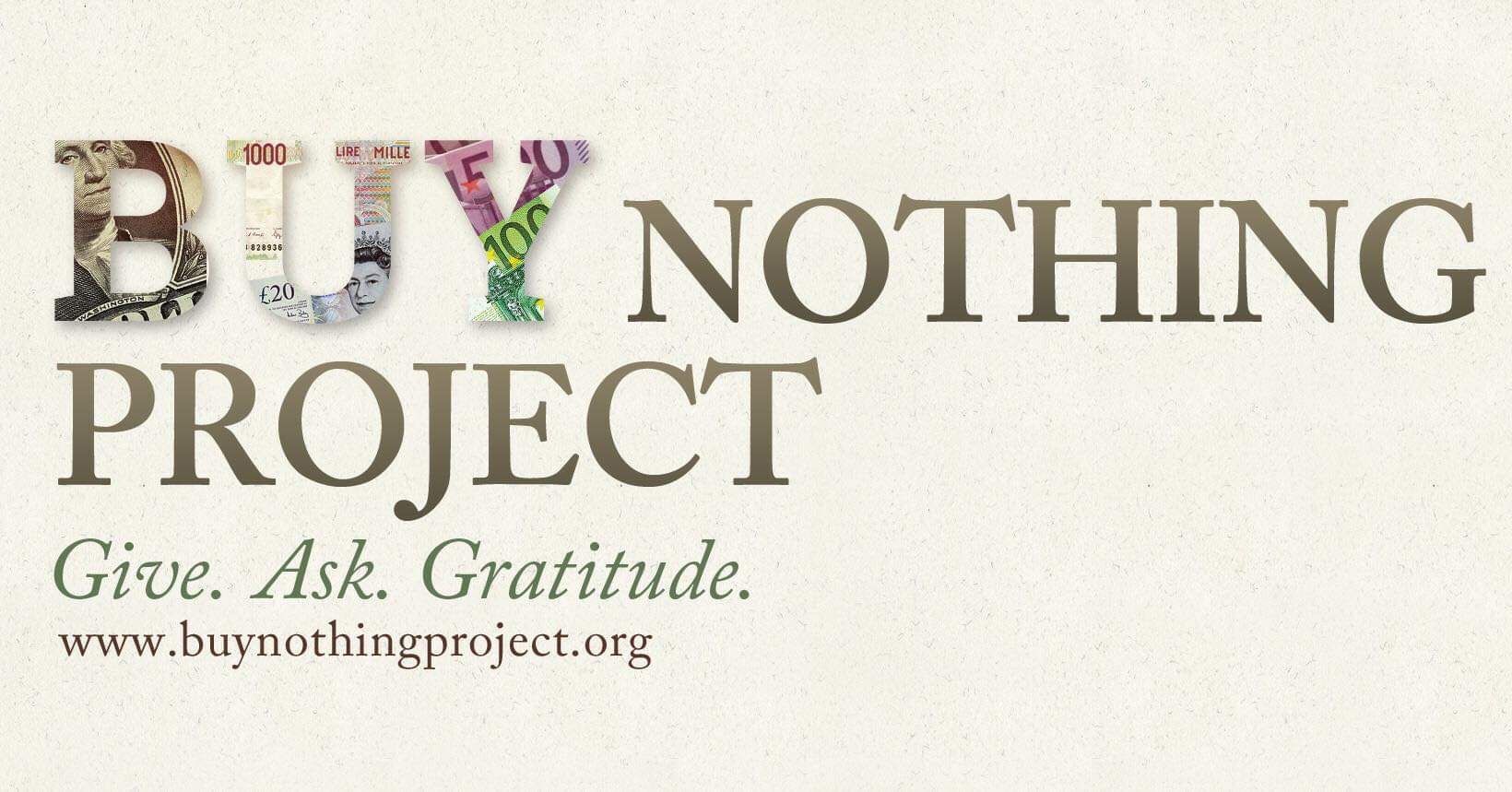 Recently a local lady started up a Buy Nothing Facebook group for our area. I was pretty pleased and quick to jump onboard. There is one in our neighbouring town of Gawler, but I was out of the boundary limits to join it and didn't really feel up to starting one for my area, despite the suggestion. I'm not a big fan of lots of rules and the sheer amount of them put me off. With someone else running the group I can choose to work within the rules I'm comfortable with, then just not interact in the areas I don't agree with, leaving the lady who's happy being admin to jump through the hoops they want to place.

Don't get me wrong, all the people I've encountered in these groups are lovely and that's great. Because it's local, most of them know one another through varying degrees of separation, so you feel comfortable in having them drop by to pick things up, whereas Freecycle can feel a bit dodgy. I think it takes a certain sort of moral standpoint to agree with the ideals of this sort of group.

This is the ideal place to donate no longest needed items to someone you know will be likely to use them, rather than dumping them at the charity shops and hoping they will get a new lease of life rather than being binned. It's also the place to offer and ask for things that may normally be viewed as waste, rather than resource, because its up to each individual as to what they count as waste.

It's a small group at the moment, but slowly growing. I've managed to get landscaping rocks to do work on terracing my front. The lady who provided them is going to be having an extension built and these rocks would have be carted away when the work started anyway. I've found a new lease of life for some silica, arch support insoles which were bought for my daughters and then barely used. They could be easily disinfected, so it seemed ridiculous to throw them out and they've gone to someone in much more need of them.

My daughters are fond of candles, particularly scented ones, and wax melts, so when someone a few streets away offered some up, they were so excited to go and collect them. Some were used, but they're only going to be used some more here anyway.

I've been able to share excess plants from those which spread over time, such as aloe and mint. Many people have trees which can produce more than you can manage to use at harvest time, so it's a great way to share the excess. Being local also means that besides getting things without paying money, you will likely use less emissions going to collect it. Often you could walk or cycle to these other houses.

We have so much stuff that could be circulating around and being used, rather than being binned while someone down the street may go out to buy the very thing you just got rid of. So I love this concept, despite all the rules. I'd recommended seeing if there's one in your region and even looking at starting one if there isn't and you’re happy to admin one. It's a brilliant way to combat consumerism and reduce traveling and a great frugal resource.

You probably timed it well. They recently added another rule!

No vouchers which offer reduced price purchasing, only those that are directly exchanged with no purchase requirement necessary. The other ones encourage consumerism too much.

I can't work out what they're up to

I am delighted you found a group!

There are some specific rules to BuyNothing. But the idea is to foster community and giving and borrowing.

Our group, I noticed yesterday, has grown to nearly 2000 people and that's just too big. They warned us in early summer there was a split coming. I joined this group early on and have been through 2 splits so far, but have stayed in the the main group due to how it was split. i'm wondering if I will be in a new group soon, because I don't live in the main town, but a small one attached to it.

I have gotten some wonderful things: a brand new Squeezo for making sauces, 3 huge cabinets for the new house, a sewing machine, and dozens of other small things. I once furnished my m-i-l's new apartment through BuyNothing, in a matter of weeks.

It's a great resource!

Our group also created an associate page called Community where you could post things not allowed on the main group: meetings, events, services needed and paid for, lost pets, etc.

Our group also created an associate page called Community where you could post things not allowed on the main group: meetings, events, services needed and paid for, lost pets, etc.

That's a fantastic idea. I might suggest it when the group gets bigger.

I'm fascinated by this online group thing. In the Thai village, were I live, we have a simpler system: something you don't want/use/need? put it out frint yoru house with a note (in thai) and it's gone within the hour. Includes recycling glass, plastic and paper which needier people sell, clothing etc. Need something? Ask one of the known village connector people (lady from the noodle shop, local bar girl or the local temple custodian) and it's sorted within 48 hours. People still talk to each other here. Nice that you found a group. :)

Leaving things outside with a note is still employed for larger items here. That method is usually most productive on busier streets, not so successful on dead end ones like mine. They don't do this in the UK. There are people who'll come and collect scrap metal and old car batteries for free, too. Just give them a call. It's funny how different cultures have different tolerances of what's socially acceptable. It's something we're having to relearn, this swapping of things.