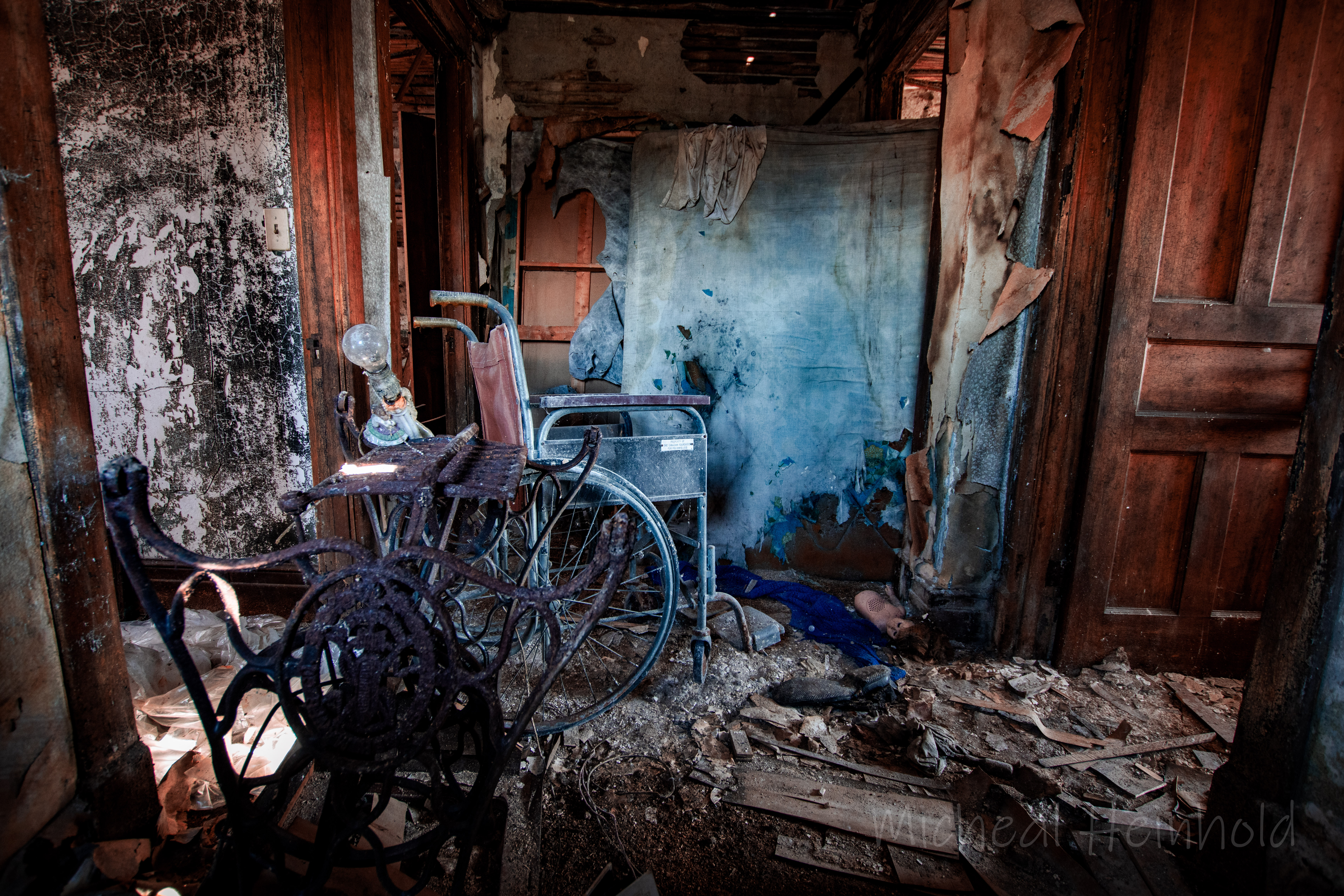 This small country farmhouse sits abandoned and forgotten, tucked between two mid-sized cities and left to rot out the remaining decades. The house has been empty since the 1980s. The owners if the home immigrated from their native Ukraine and after many years of a lovely life in this home, age caught up. Rumor has it, the mother died of Cancer in the living room. After the parents had passed on, the house was put in the will of their children. Despite being willed to 3 living relatives, these 3 had turmoil in their past communication was non-existent. Due the lack of communication between the siblings, the house fell into a void of limbo, and for the past 30 or 40 years, its sits. It waits.

Age has caught up to the roof unfortunately and after decades of water damage and weather pouring in through the roof, much of the upstairs contents and rooms were nearly destroyed. The mid section of the house was sagging, and the floor in some parts was 4 or 5 inches lower than the wall. In this state, the bedroom will probably be downstairs by the end of the summer or next winter.

A sad rumor that surrounds this house is one that should be taken with a grain of salt, but the paperwork found in this house (And committed from photos due to names, dates, and nature) corroborates the story. But shortly before this place was abandoned, one of the occupants, a serial drunk driver, was jailed for actions committed while driving under the influence. I do not know the full story, and Im not to speculate on 30-year-old rumors but it's said that while out driving drunk, he hit and killed a woman. After either spending time in jail or being acquitted of said crime, he managed to do the same thing a second time. While looking for articles during a Covid Lockdown, Ive discovered that small town crimes dating back 40 years are hard to find documentation on without a visit to a local library. Which Ill have to do post-lockdown.

This room seems to be affected the harshest. The television set seen in the other photo is in here, prior to me picking it up. The instability of the floor caused the table with the television to completely topple over. After standing it up for a photo, I realized the floor is so extremely warped, that I had to lay the tv back down as to not have it rip through the floor. It's really bad shape.