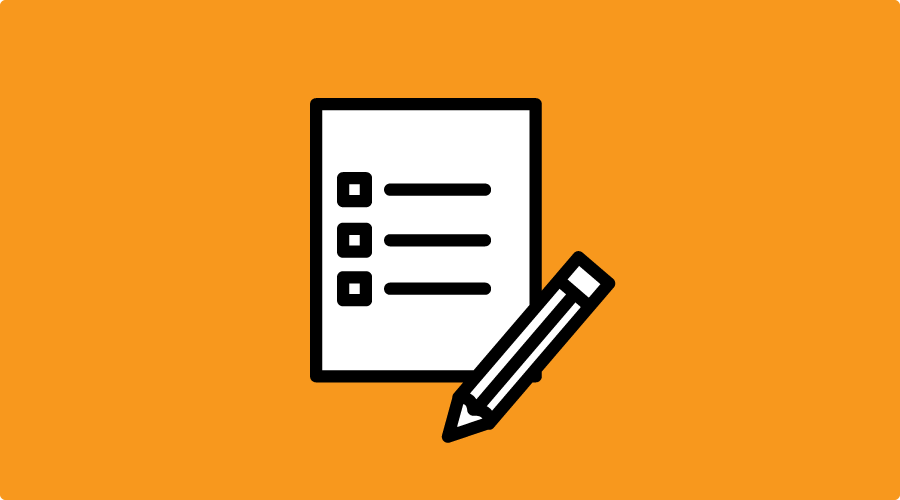 As promised this is the first of many user surveys I want to conduct in Steem Think Tank. I’ll start at the top with STEEM in general before moving into specific applications.

Also to help get things rolling I’ll be paying the first 10 people who participate 10 STEEM each as a thank you for taking the time granted you follow a few guidelines.

*edit This wasn't explained well enough since there has been some confusion, but the last direction here, making a new post in the community is only accomplished by going to the community page on the beta site and clicking the "New Post" button. You can't post in a community by just using a tag.

Feel free to participate regardless, but you need only do those things if you want the ten STEEM payment.

This surveys answers will probably shock few, but I’m interested to see the results regardless. What I’m hoping is that this community can grow into a resource used by the community keep the channels of communication open between people building and people using. Thanks for participating!

How long have you been using Steem?

Where are you in the world? (Just Country)

What brought you to Steem?

What was your first impression?

How do you feel about the current state of Steem?

How often do you use Steem applications/websites/etc?

What is your favorite Steem Application and why?

What’s your favorite thing about Steem?

How difficult/easy would you say it is to use Steem?

Would you recommend Steem to family/friends/coworkers? If no why not?

What do you wish you could do with Steem that you can’t currently?

What excites you most about Steem?

What worries you most about Steem?

Now I thought it would be a good idea for me to answer the survey as well to get things rolling as well as clear any confusion with the questions.

How long have you been using Steem?

Where are you in the world? (Just Country)
US

What brought you to Steem?

Honestly don't remember. In the 2017 run, I was looking into a lot of projects andprobably heard about Steem from some crypto youtuber. Might have been either Jerry or Suppoman.

What was you first impression?

Holy Shit! How are people making THIS much money for THIS level of content?!?!? (It was bdbots)

How do yyou feel about the current state of Steem?

Cautiously Optimistic. I think Steem could develop into something absolutely world changing, or stagnate intothing.

Several times per day. Pretty much obsessedalways on.

What is your your favorite Steem Application and why?

In general I'd have to say Steempeak although lately I've been obsessed with the beta.steemit.com site getting acquainted with Communities.

I like Steempeak simply because it has the best user experience. It's the best to actually browse content, to curate, and has theallet.

I wrote these questions but this isn't actually something I've thought much about consciously. I feel like a lot of people would say "For the community 🥰" right here, but ehhh...nah not really. I mean you guys are cool and all, but my FAVORITE thing is probably the game of earning Steem.

In the three years I've been here the only time I've sold Steem was to buy Tribe tokens. I'm not here earning "money" per se, but I think I enjoy my SP increasing like a high score in a game. This is probably why as time has passed and more people have fallen off, I've posted more, bought more, got delegations, etc.

I definitely am hopeful that I'll be able to use my SP to help build, to influence and to generally make this thing I've come to love better, but if it all went to zero, I wouldn't regret anythid fun.

I think I'd have to say the lack of coordination of efforts. I think we probably have all the skills, enthusiasm, and money to do much more than what we're doing, but there's not enough structure/organization to mappen.

How difficult/easy would you say it is to use Steem?

Super hard in the beginning, really easy once youthing.

Would you recommend Steem to family/friends/coworkers? If no why not?

In general no. If someone shows interest I would(and have) mentor them and get them rolling, but I'm still hoping for some of the things that are cooking to be ready to serve before I really ramp up in onboarding more people. I've onboarded quite a lot of people only to have them leave in frustration or boredom. I'd rather wait until we have something I think they'd be genuinely excited about before I bring them on.

There are certain people I'd onboard right now, but really it has to be a certain type, and those peority.

What do you wish you could do with Steem that you can’t currently?

What excites you most about Steemntial.

What worries you most about Steem?

Lack of focus on UX. In the modern age of applications you CANNOT compete without a strong and positive user experience. The impressive tech won't matter if nobody wants to use it.

Steem User Survey:
How long have you been using Steem? About 2-3 weeks.

Where are you in the world? (Just Country)
USA

What brought you to Steem?
I like 'crypto' and I was looking for more places to share my work.

What was your first impression?
My first impression was that it was kind of useless and complex, but that was because I didn't understand the tagging system, or how things worked. And I shared a post that didn't get any value.

There are other sites that are also crypto social platforms that offer really low rewards for engagement. I thought Steem was another one of those. It turned out to be more substancial, but I had to make more posts to find that out.

How do you feel about the current state of Steem?
Kind of bad art in the community, and some boring posts, and some good art, and some interesting posts. I think as the platform becomes more adopted, there will be more interesting content to look at and review.

Also suffers from a bad reputation amongst crypto people who are not steemians. Sort of like -- yea that place used to be cool -- AKA steem was worth $8 to $2 and now it's worth .12 cents. not worth it.

How often do you use Steem applications/websites/etc?
Daily posting.

What is your favorite Steem Application and why?
Main platform suits me fine for now. I might get into appics or ntopaz in the future, but I don't really have a viable phone.

What’s your favorite thing about Steem?
Money for posting things that gets put into a deferred savings account in crypto. That's pretty great. For sharing content I would share anyways. The people have been kind as well.

What’s your least favorite thing about Steem?
Crap shoot as to how much a post will be worth. It might also be more useful if there was more cross collaboration between blockchain projects -- particularly between ethereum and steemit.

How difficult/easy would you say it is to use Steem?
Easy once you've done it and had help from people who have been kind enough to help me.
Hard to understand initially.

Would you recommend Steem to family/friends/coworkers? If no why not?
If they use any other social media platform, and could use the extra money, then absolutely. But even this is not enough to convince some people.

What do you wish you could do with Steem that you can’t currently?
Crowdfund creative projects.
Also, the Ethereum DAO and NFT concepts are stellar, and ought to be included. But Steemians don't seem to see the value of the DAO concept at the moment. The NFT concepts are available, but just for coders.

What worries you most about Steem?
Tribalism. If Steem found a way to become the social platform for the whole crypto community, rather than just an isolated thing, there could be a real resurgence on the platform. Unfortunately, there were apparently whales who downvoted people into oblivion, and value lost, and some dumb stuff about status and steem power vs cashing out steem power. -- A lot of non-constructive behavior, when the constructive thing to do is to be an integrated, primary option for people in the crypto space, as well as an attractive option to bring compelling creative and educational talent onto the platform.

Thanks for replying @rootdraws! For the record, to be eligible for the 10 Steem you need to drop this answer as a post in the community and follow the community. If you don't care about that, again, thanks so much for replying!

This is awesome! I'm heading over to do it right now

Great idea, just got mine done.
Hope you find it useful.
Keep on surveyin'

Hope to get one done, if I remember.

Got it done, looks like it posted correctly in the think tank community and not mine

Here is my response.

Also, here is a template for creating a response post in Markdown. :)

Thanks for the template! :D

I find your survey interesting and I'll participate. Just a note here. You can actually post to a hivemind community by adding the community's hive id as the primary tag. No need to go to steemit beta for that, you can use SteemPeak or even eSteem app (if you also include esteem tag somewhere, so it won't include it automatically as the primary tag). Both ways are tested by me and work.

Oh! I thought I'd read that it wouldn't work if you did that. Thanks! Good to know and super useful.

I need one clarification about this. You mean subscribe to the community, right?

Great idea. I'll circle back around on this.

Here is my entry: