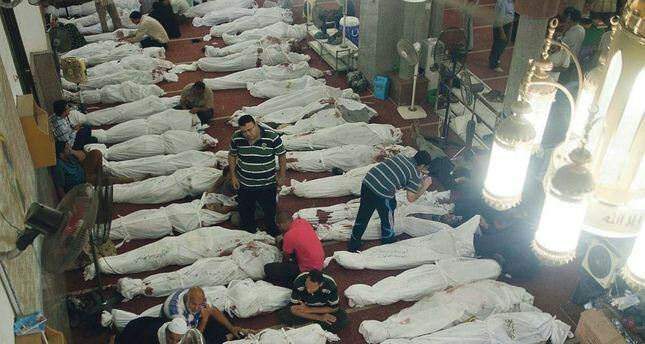 👉 They shot, burnt alive & suffocated the protesters with tear gas.

💥They also blocked the entrances so that ambulances couldn’t get in to treat the wounded.

Human Rights Watch has said it was “one of the largest killings of demonstrators in a single day in recent history” and that it was “a violent crackdown planned at the highest levels of the Egyptian government”.

⚡Since the Rabaa massacre, the Egyptian authorities have led a bitter crackdown against Islamists, rounding up thousands & sentencing hundreds to life in prison.