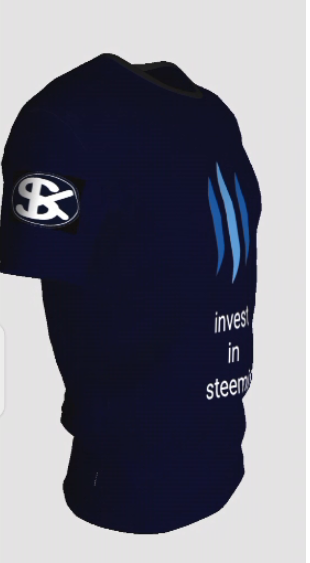 This proposal is borne out of a deep seated desire and plan for an All in All out All the way promotion for Steemit platform. Therefore reading your onerous intent to sponsor a campaign T-Shirts gave more impetus to my heart desire.

I have set up a mini Steemit shop at the heart of my town Aba and inside the Aba South Local Government Secretariat in Abia State of Nigeria. I designed two banners describing our Steemit platform. I have got a projector, two laptops, tables and seats for the shop and so have started inviting people to the said shop to tutor them on Steemit.

Within the last month, I have brought onboard seven persons to Steemit and have engaged in a meetup with one secondary school techers.

Making a Steemit presentation to Government School Teachers in Aba

In orderr to reach more people with Steemit, I have mapped out a plan with 3 sets of people as my target:

How to execute the campaign objectives:

A written letter will be sent to the Aba South Staff Union president through his secretary for a meeting with the workers at the town hall located within the secretariat, on a slated date. On the said day I and my colleagues should wear our eye-catching promotional T-Shirts.

Another letter will be sent to the Youth Corps President requesting for a hearing on those days they usually gather for a meeting, usually on Fridays. I and my colleagues will also put on our beautifully designed T-shirts.

Then once in every two weeks, there would be a Steemit Road Walk to attract business owners on the streets of Aba, Abia State. On that said day we must wear our T-shirts while a recorded jingle for Steemit will be playing from a loud speaker fixed in a paid passenger bus. Then of course, a big banner will be hung in front of the vehicle while we walk alongside the moving bus.

How to distribute the T-shirts

We have a Steemit office in Aba rented by @focusnow, so on that said slated for outings, Steemians who converged for this purpose will be distributed with the T-shirts. They are over 80 active Steemit members in Aba city.

The city of Aba in Abia State must hear Steemit's voice and definitely open-minded people must come on board.

I will highly be grateful to receive your esteemed sponsorship which will be a big boost to our Steem Promotion here in the city of Aba and beyond.

Thanking you immensely @stephenkendal for your anticipated kind sponsorship.