Song Challenge Day 57 - A Song From a Krautrock Band 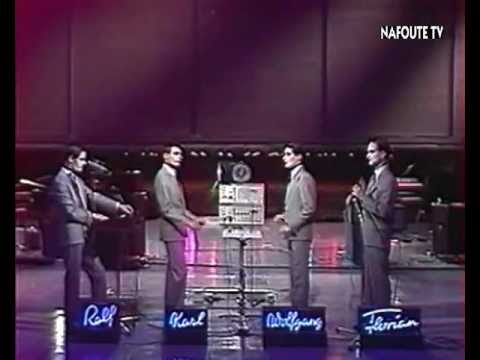 I was introduced to Kraftwerk by a friend's dad, back in the mid-80s. So this song was already 10 years old the first time I heard it. It's nearly impossible to overstate the influence that these guys had on electronic music, but due to the nature of technology, it spidered out into music in general.

They were not the first to play with analog synths by a long stretch, but they really popularized it. And more important than popularizing it, they influenced the whole generation of musicians that would come after them. No Kraftwerk would mean no synth pop, no industrial, no dubstep; you get the idea.

They've also been sampled like crazy. whosampled.com lists 737 separate tracks that use bits of Kraftwerk songs. That's nowhere close to the amount of times James Brown or the Amen Break have been sampled, but for a non R&B, non Hip-hop artist, it's an absolute ton.

This clip is a live performance from French TV. Gives you an idea just how odd these guys were especially for the time.