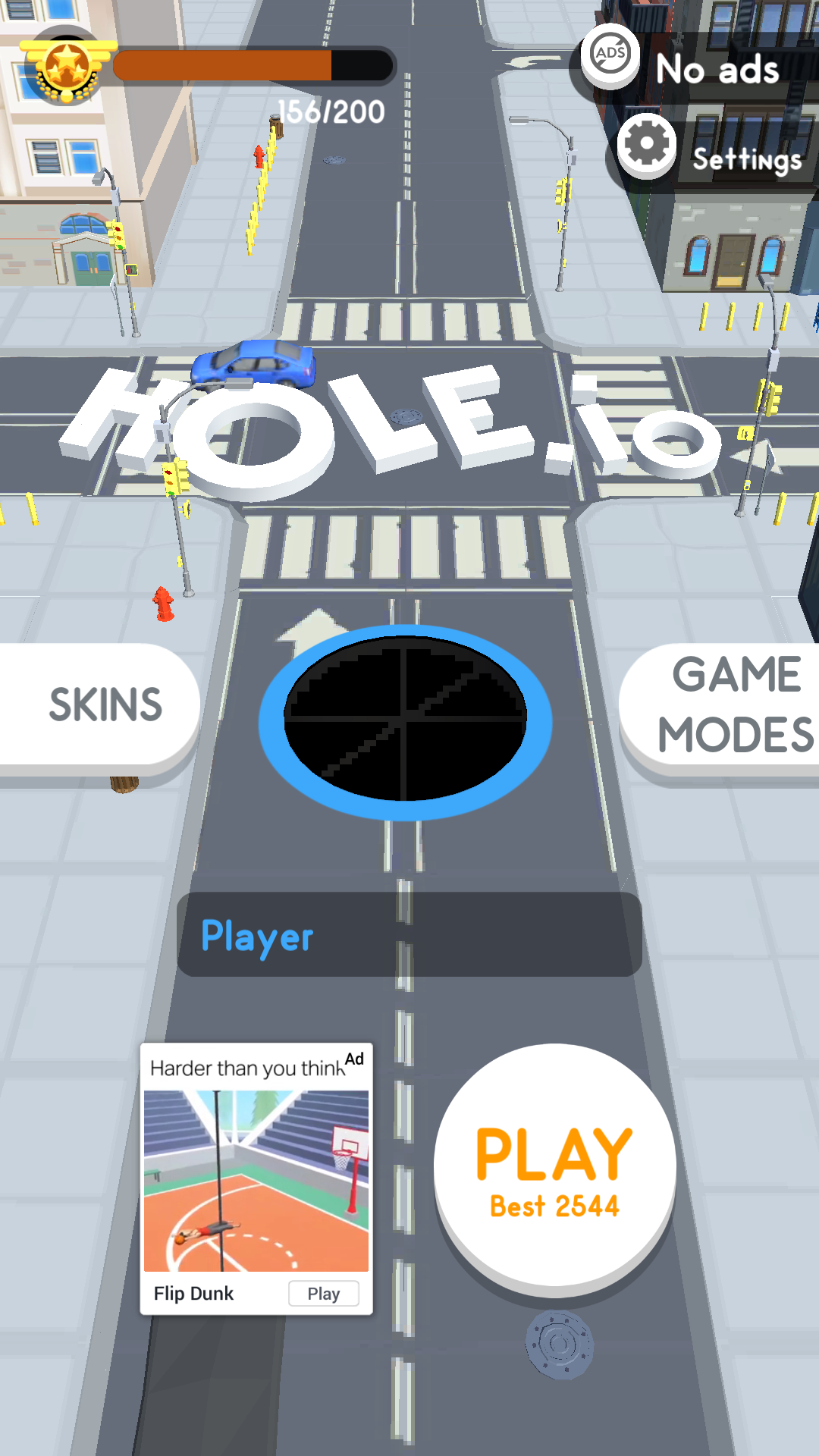 I recently found a mobile game called hole.io. In this game, you play a sinkhole and the goal is to eat as much stuff as possible. You start out small, but your hole grows as you eat things.

It's a really fun little game, and worth a free download. There are a couple different maps you can hole around on. Here's a futuristic one that features giant robots walking around. When you get big enough, you can swallow them.

There's also an island setting where you can eat boats, whales, and palm trees.

If you're in first place, a crown appears over your hole.

There are a couple of game modes, but I mostly just play classic, which is a timed run of 2 minutes to eat as much as you can, while playing against computer players.

This game would benefit from having more different levels. There are really only 3 settings, and the game starts to feel like the same thing over and over after a while. But I would still recommend it as a fun time waster.

I played that one. It's fun! My fingers started getting tired though. I think it would be better on the computer. I also wanted to be able to select the level, but it was random. Overall, a pretty fun game though!