The meat industry is dying! 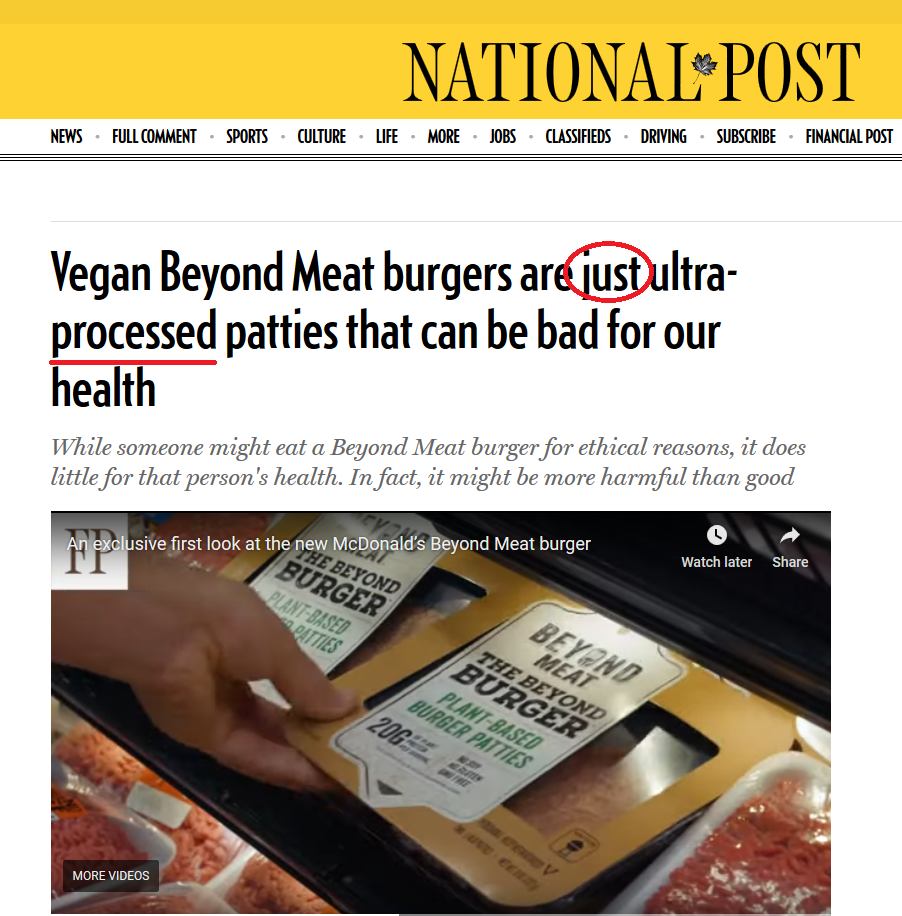 Don't eat the Beyond Burger because it's too high in sodium? I'll take that advice with a grain of salt. The meat industry is dying, and it's making one last attempt (like cows that go to slaughter) to justify its existence. The arguments against beyond meat are pathetic and predictable:

These arguments are easily criticized: 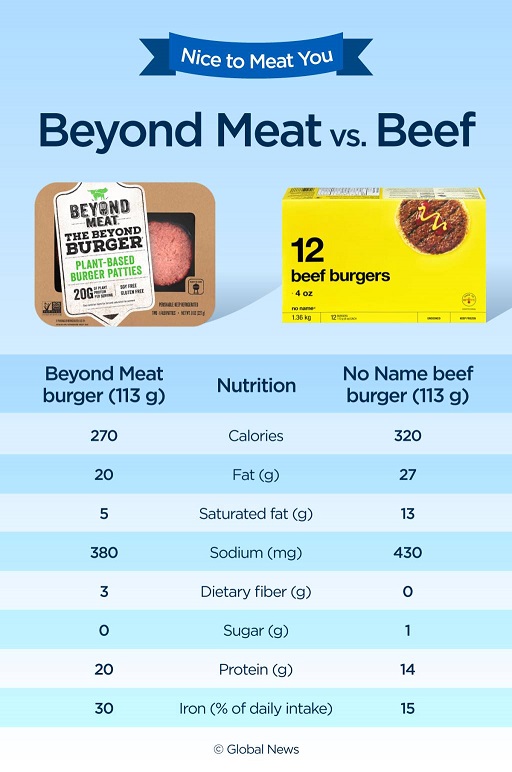 The wording of the articles is so biased, too, it's obvious that these media are not having an honest critical discussion about the topicc. The mainstrea belief is already decided and shoved down your throat in a facetious/rhetorical way posing as honest discussion...that just happens to have found the conclusion, problem solved: vegan food is bad, so eat your meat. 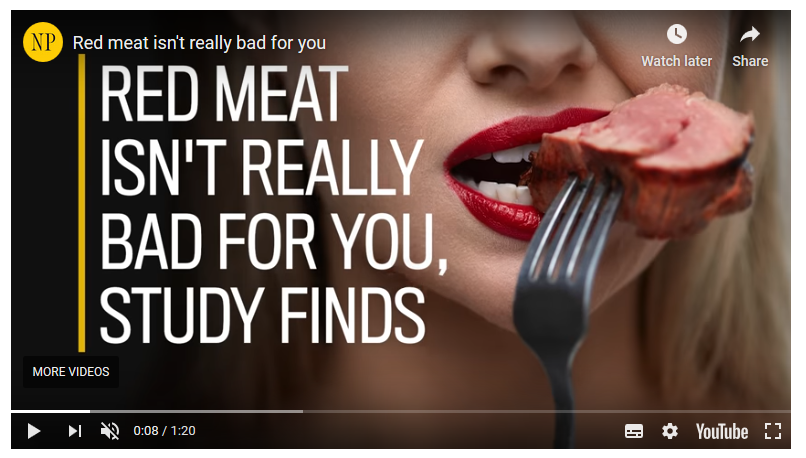 The language is obvious - ridiculus adjectives like ultra slapped in front of the word processed or with words like no better or just thrown around that serve no meaning but minimize the importance of vegan prroducts, and fining excuses why it's not more responsible in any way than meat (experts say, or single study findss). If tht doesn't work, they'll appeal to your primal urges and normalcy bias ;) 💋

When they pull out tactics like this, it's clear they're scared, and running out of ideas to stay relevant.
But you really picked this one apart, like a juicy rack of ribcages. I must say: Well done! Like a charred hunk of mammal carcass. Their 'argument' is that meat isn't extremely unhealthy? Really, that's the argument to eat it? What about the fact that it's cruel and unnecessary?

Another stupid argument against vegan food in general, not just the beyond burger is that rodents or insects are killed to clear the field to grow these crops. However, much more crops are needed to feed livestock, and it deforests the Amazon meanwhile people are starving and the land could have been used to grow vegetation for them instead of meat for us. It takes a lot more land to feed people if you have to have space for the animals, the crops the eat, and their waste! Veganism is better for the environment too, it uses less water and creates les greenhouse gases, especially methane.

The main issue for me is that they are highly processed, so I avoid them. I used to eat veggie burgers like Trader Joe's masala burgers, but those are just more processed foods. Now I stick to plant based foods and have forgotten the desire to simulate eating meat. Not a big deal really.

My main issue with your comment is that you just posted a point I already explained... about the processing. It's kind of frustrating to people who write carefully to always be repeating themselves. Beyond is plant based (it's not a meat burger and it's not a mushroom burger). But I know what you mean, you only eat "whole", holy, raw, unprocessed food, right? lol anyway, stick around for my post on the health benefits of oil. It'll be slick

Hehe yes, when veganism goes mainstream, you have to "improve" your diet to remain in the top percentile of greatness ;)