"Not long ago, discussion was focused on whether cannabis caused cancer. A thorough review by the US National Academies of Sciences, Engineering, and Medicine found no statistical association between cannabis use and the development of lung and head and neck cancers".

Although there is still some resistance, scientists now have to address the question "can cannabis cure cancer"? My favourite researchers at Complutense University published a 2020 article addressing the subject. They report on this recent systematic review of 34 in vitro and animal studies which yielded "no or insufficient evidence" of the anticancer activity of cannabinoids. I wasn't too impressed with what they had to say this year... 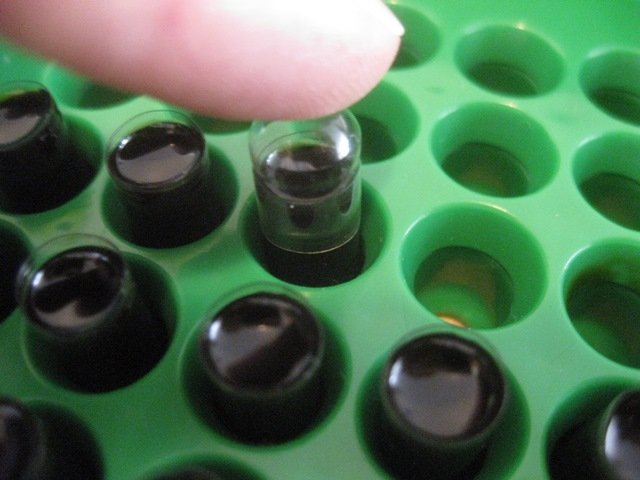 "Providing counsel to patients electing to forego conventional therapy for curable malignant neoplasm while choosing cannabis as a therapy instead is disturbing…Unfortunately, many of the patient advocates of cannabis as a cancer cure (on the internet, social media, and in documentaries) forget that they also received conventional cancer therapy, perhaps not an unexpected side effect of their treatment".

I haven’t forgotten P.K., one of the "isolated case reports in the literature" which they don’t cite but report the "suggested activity of cannabis-based therapies in a child with acute lymphoblastic leukemia". What they don’t specify is after 3 years of failed conventional therapy that eventually killed her, the leukemia went into remission in 3 weeks with nothing but cannabis oil, as proven by the dose-response curve documented in the original study.

I also haven’t forgotten that the "internet photographs abound of brain tumors shrinking in response to cannabis therapies" came from scientifically documented case studies at B.C. Children’s Hospital, which could also not be attributed to any standard chemo-radiation.

"Many patients with cancer diagnoses are convinced, mainly by internet testimonials, that cannabis, particularly highly concentrated oils or tinctures of delta9 tetrahydrocannabinoil (THC) and/or cannabidiol (CBD), may actually cure their cancers. What is the basis for this belief?" 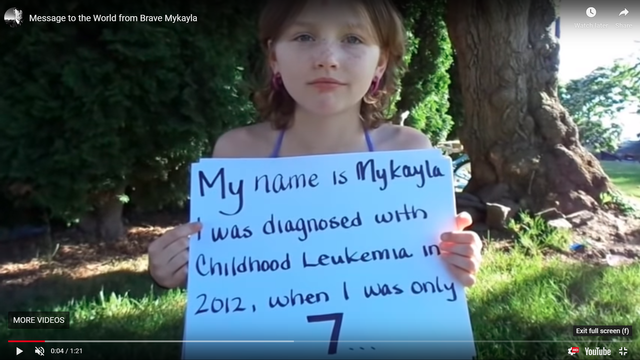 The basis for the belief is the internet testimonials. Many of them have been family members or have come from well-documented, plausible sources like Brave Mykayla. Moreover, the types of cancer that individuals anecdotally "cure" with cannabis oil are the same ones for which there is strong preclinical data like leukemia, breast, brain, lung, skin, colon, and prostate cancer. People are starting to put the puzzle pieces together and are realizing that it’s a safe, fast-acting adjunctive therapy, so there’s almost no risk to try it. 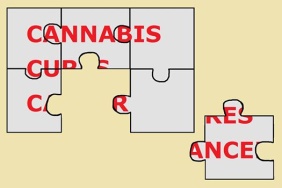 Today we finally admit "cannabinoids are efficacious, selective, and safe drugs in experimental cancer models", but we still won’t say that they cure cancer. Why? 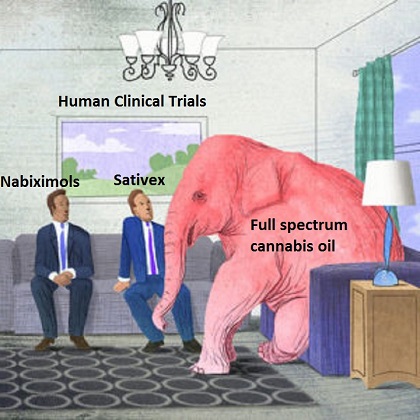 "The suggestion that cannabis may have direct antitumor activity is less embraced by oncologists in view of absence of evidence from high-quality clinical trials". 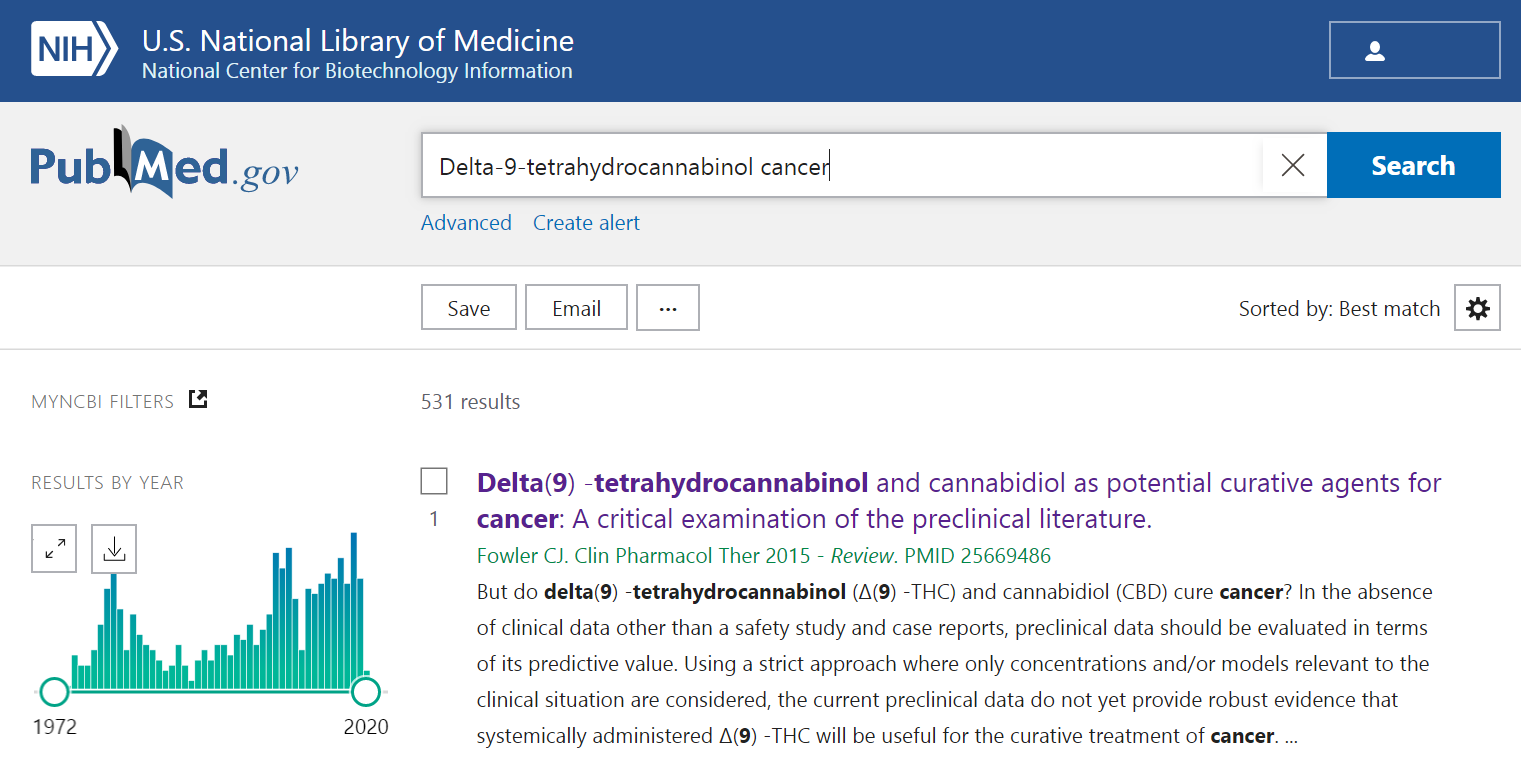 But is there sufficient evidence? An ideal anticancer drug involves "preferential targeting of malignant cells", which cannabis does in vitro (petri dish/test tube) and in in vivo (mice) "with no negative effect on the viability of normal nonmalignant cells". Based on this, cannabis as a cancer treatment should already have been in the first stages of human clinical trials years ago. 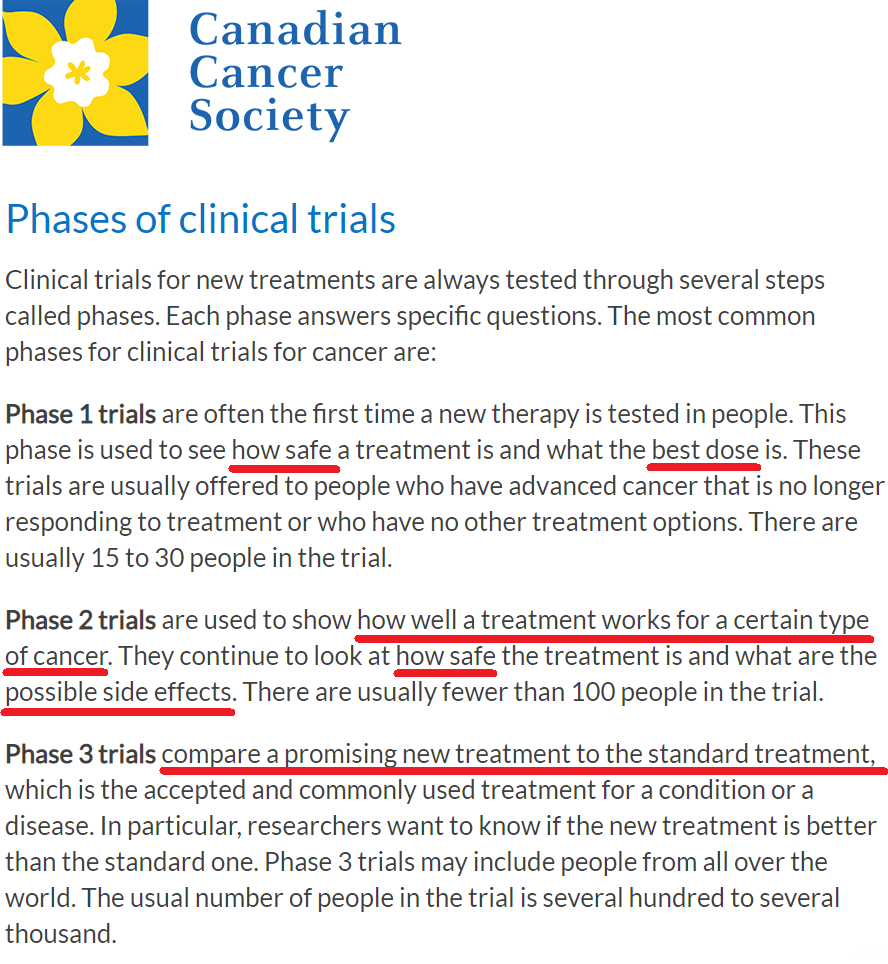 The article does report on the "scant number of prospective human clinical trials of cannabinoids as anticancer agents" conducted so far on glioblastoma. These include: 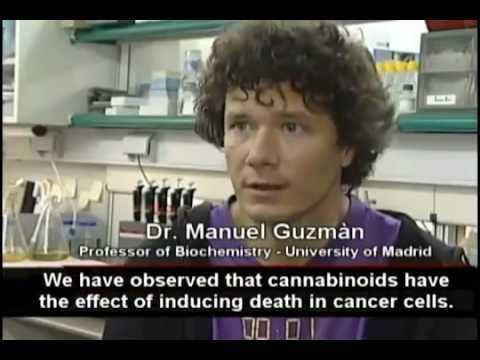 Information must be slowly released to the public so that there is little shock value while pharmaceutical companies work on patents for cannabinoids. Although I love Complutense, their research is funded bya href="GW">https:////en.wikipedia.org/wiki/GW_Pharmaceuticals">GW Pharmaceuticalsa>, who on one handnd put out good data and are developing healthier pharmaceutical alternatives, but on the other hand try to sequester this knowledge and cure for their financial gain, hence articles like this for damage control. 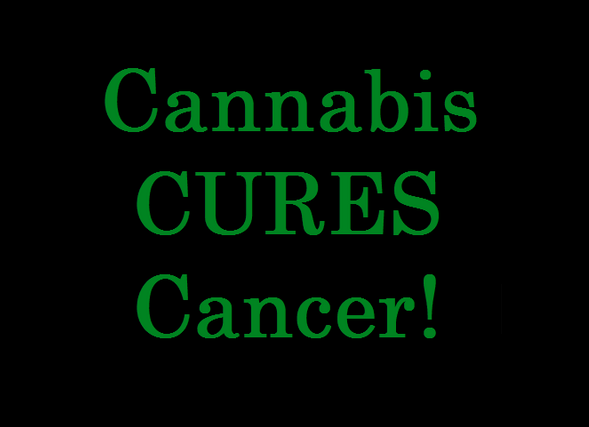 What a well-written in-depth analysis of this vital question, @MediKatie!! We've been on top of the research in this area for many years, and we've had to keep the media, government, doctors, corporations, public, and even researchers themselves honest! Some shady characters are doing damage control now, pretending they didn't hide the fact cannabis CURES almost all known cancers, sending millions to their deaths, or to suffer radiation burns and chemotherapy side-effects.

A peer reviewed the article and said you can't even say cannabis helps with cancer pain, only nausea. Get with the 70s! Die dinosaurs, die!

So the final reason we can't say cannabis cures cancer is because fat cat pharma companies haven't finalized dosages and made up a new name for a cannabinoid? Who cares about dosing, look at P.K., just take full spectrum oil, and if you take too much, take a nap.

Bravo! What a great post, with some great documentation. You know what gets to me, is there is so many stuff us cannabis users know, because we use it everyday, but people do not want to be leave us because they need some fancy research papers on the subject. One day the cat will be out of the bag, and we will be there to say, "told you so"

It's good to require evidence of extraordinary claims, though! If we say "Cannabis cures cancer", we need to be able to back that up, and not just say "I use it every day and I don't have cancer". Properly done scientific studies cut through bias and expose the reality of something in a way that everybody can measure and understand, with checks and balances to avoid corruption, politics, pseudoscience, etc.

MediKatie and I sometimes hang out downtown or in front of City Hall on a Saturday afternoon with signs saying "cannabis cures cancer" and "end cannabis prohibition".

Katie schooled her by naming various universities, researchers, and studies on the topic, and explaining exactly how cannabinoids target receptors on cancerous cells to cause apoptosis, shrinking the tumor and eventually curing the cancer. The lady replied "but I have a degree!" to which Katie responded "so do I, plus I've done an additional 5 years full-time research into this topic, and it's clear you haven't". The woman turned to me, flabbergasted, and shouted "can she do this?!" I was like "yup, she knows what she's talking about, and you don't, so please get educated before you continue to spread your lies". She threatened to call the cops, we told her go for it, they already know we're here again today.

Man, people got upset. That't definitely not why we did it, but those kind of intense interactions show how ignorance still abounds out there. People still don't know (or believe) this, even though Nixon figured out about it in 74 and had the results hushed. It wasn't until the late 90s that the internet uncovered it again and researchers in Spain started new research. Now there are thousands of studies proving cannabis cures cancer, but many ignorant people refuse to acknowledge it, mostly without even reading the studies. And so, cancer continues to kill 1 in 4 people, when most of those deaths were preventable with cannabinoid therapy.

So having good scientific research done, and being able to cite it as needed, is very important for MediKatie and I as activists. We realize that it's possible to figure all this stuff out by being high on a regular basis, being around other cannabis users, just by thinking it through, hearing others' experiences, and realizing that cannabis cures cancer, expands creativity, helps us socialize, reduces pain, and more. We don't need studies to back us up!

But non-stoners often do need some kind of evidence, and science is the best method we have of showing empirical evidence that something we say is true, so we can say "told you so".
Thank you so much for the comment and upvotes!! <3