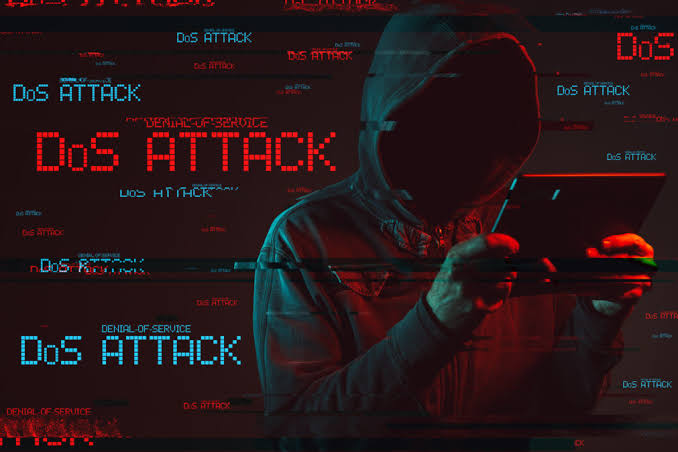 Thanks to @steemitblog and professor @gbenga for enlightening users on crypto-related security issues.

Due to the increase in cybercrime perpetuated online daily, the number of phishing and hacking activities is rising, today I was curious and did a little research about DoS attack also referred to as Denial of service attack

What is DoS attack

It's a networking terminology where an attack can be hosted against a website or any online available platform in which users will be denied direct access/connection to any particular website on which the attack is hosted on.
In other words, it's generally a cyber attack where hackers get access to a machine or network resource making it unavailable for users by temporarily disrupting the network service of a host connected to the internet.

Denial of service is typically accomplished by flooding the targeted machine or resource with superfluous requests in an attempt to overload systems and prevent some or all legitimate requests from being fulfilled.

Research shows servers prone to DoS attacks are mainly high-profile web servers such as financial services, credit card payment gateways, and more.
It's quite technical how these perpetrators work by launching their attack from different originated sources which makes it quite difficult for the affected servers to easily block where these attacks are flooding from.

With this flooded traffic generated by the perpetrator, it will be difficult for a visit to have access to the affected webpage.

There are technical two types of DoS attack

Hello, I realized that you originally wrote this post in another community about 1 month ago before reposting it here. Post submitted to the school is to be freshly written, exclusively to Steemit and to the Steemit crypto academy.

You can write a new post on the assignment given. Thanks @gbenga

Thanks for the feedback.