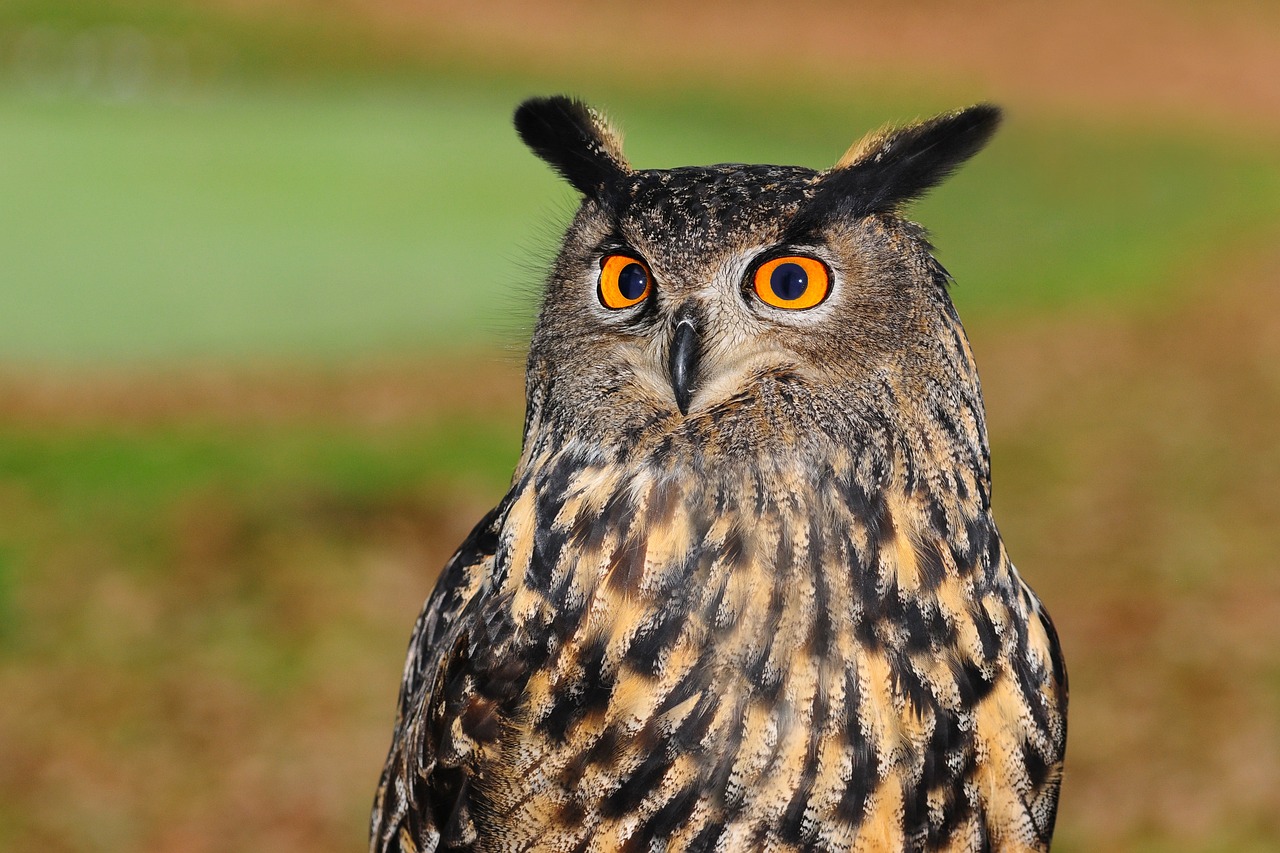 An instance of art-plagiarism was found by @johnwatson which has been presented in this post by @jaguar.force. This post will treat two spun posts by oendertuerk. Hence, it supplies evidence that oendertuerk has been consistently producing plagiarised posts.

The treated posts here are not recent posts by oendertuerk: one from about a year ago and the other one from five months ago. But these posts will give a good idea about the effort that has gone into masking the plagiarism. Hopefully, this will lead to more confirmed cases in the future.

The material will be treated as two separate cases. First evidence will be given and then remarks will be made about the evidence. So feel free to just read the remarks as they contain interesting observations. The remarks reference back to the evidence.

Evidence:
1) Source: First, a Bose-Einstein condensate was created with strontium atoms. Using a laser, energy was transferred to one of these atoms, turning it into a Rydberg atom with a huge atomic radius. ….. the radius of the orbit, on which the electron moves around the nucleus, …. numerous other atoms lie inside its orbit too… as many as 170 additional strontium atoms may be enclosed by the huge electronic orbit.

1) Oendertuerk: At the beginning of the project, a Bose-Einstein condensate with strontium atoms was produced. With a laser and additional energy, a Rydberg atom was created. Due to the large atomic radius, the electron orbits many other atoms. This fact allows up to 170 more strontium atoms to be trapped in the electronic orbit.

2) Source: Rydberg atoms are atoms, in which one single electron is lifted into a highly excited state and orbits the nucleus at a very large distance.

2) Oendertuerk: Rydberg atoms are atoms in which a single electron is placed in a highly excited state and then orbits the nucleus at a very great distance.

3) Source: Two very special fields of atomic physics, which can only be studied at extreme conditions, have been combined in this research project: Bose-Einstein condensates and Rydberg atoms.

3) Oendertuerk: The discovery of the state of matter focused on Bose-Einstein condensates and Rydberg atoms. Both can only be tested under extreme conditions.

4) Source: "For us, this new, weakly bound state of matter is an exciting new possibility of investigating the physics of ultracold atoms," says Joachim Burgdörfer. "That way one can probe the properties of a Bose-Einstein condensate on very small scales with very high precision."

4) Oendertuerk: Joachim Burgdörfer of the Vienna University of Technology is also fascinated by the discoveries: "This new, weakly bound state of matter is an exciting new opportunity for us to study the physics of ultracold atoms. So you can examine the properties of a Bose-Einstein condensate on very small scales with very high precision. "

Remarks:
A) In 1) the meaning was changed: Using a laser, energy was transferred ... was turned into With a laser and additional energy, a Rydberg atom was created. So he is not even trying to rewrite something accurately he is trying to mask the changes.

B) In 4) the quote was altered. More specifically, Opportunity was changed to Possibility. It is odd to change a quote. Therefore, it seems likely that Oendertuerk was just changing the text to mask any plagiarism.

Evidence:
1) Source: The neocortex is thought to be the most recently evolved part of our brains, and the one involved in some of our higher-order functions like cognition and sensory perception.

1) Oendertuerk: The neocortex is the part of our brain that developed most recently and the part that is involved in some of our higher-level functions such as cognition and sensory perception.

2) Source: After developing their mathematical framework and testing it on some virtual stimuli, the team also confirmed their results on real brain tissue in rats.

2) Oendertuerk: After developing their mathematical frameworks and testing some virtual stimuli, the researchers were able to confirm their results even in real brain tissue from rats.

3) Source: According to the researchers, algebraic topology provides mathematical tools for discerning details of the neural network both in a close-up view at the level of individual neurons, and a grander scale of the brain structure as a whole.

3) Oendertuerk: As Science Alert writes, algebraic topology provided scientists with the mathematical tools to recognize details in the neural network. This is true both in close-up view, at the level of individual neurons, as well as in a larger scale with the brain structure as a whole.

4) Source: By connecting these two levels, the researchers could discern high-dimensional geometric structures in the brain, formed by collections of tightly connected neurons (cliques) and the empty spaces (cavities) between them.

4) Oendertuerk: By combining these two planes, the researchers were able to identify high-dimensional geometric structures in the brain formed by accumulations of closely interconnected neurons, whch are groups, and the empty spaces, which are cavities, between them.

Remarks:
A)Most remarkable (hehe) is that in 3) Science alert was referenced by Oendertuerk. However, the text in Oendertuerk's post which appears before this mention was also spun from the Science alert source.

B) In 4) Levels was substituted by Planes which doesn't make much sense since this involves two types of scales. So the content was changed to mask abuse.

Eight instances of heavy spinning over two posts by Oendertuerk have been supplied. The resemblance between the source and the post is clearly visible but the content of the sources was changed to avoid getting caught. This was even done to the extent that the meaning of the sentences did not accurately represent the science or were just completely wrong (See remark A in case I and remark B in case II).

Can I get the corresponding meme please? :D

NoRLY.
Out of memes today ;)

Did you get any memes from the meme-farm?

pfft... it would be hilarious if it wasn't so sad!

how hf21 wont make this better

This type of data is a bit deceiving without context. Afterall, a lot of the steemians on the list are using bidbots so they actually paid quite a large sum to get to the top authors. However, within this context it clearly says something about the steem economics.

if you want to, you can see everything from a good perspective. :)

We need a bot that detects bid bot use and politely posts this type of data in replies every time someone uses them. This would help by both educating the bidbot customer, and will help make determinations about potential downvotes for abuse.

The sad thing is that it would require little effort from the bidbot owners'part to deal with a large part of the abuse. With a few lines of code they can check if the post has sufficient content to receive a bidbot vote. It is fairly easy to let the script trigger the moment that they receive the bid and then refund the bid if the post doesn't satisfy the constraints :(

I think the only true 100% anti-abuse friendly bid bot would have a work flow such as this:

Thank you very much for this investigation. I will wait for the response of @oendertuerk

Thank you for tagging him hatoto I will also wait for his response.

He published an article an hour ago, instead of taking a stand here. That's enough for me.

He got flagged by the cleaners. So that's pretty much the end of it.

Okay, so these examples are quite old. How about a recent one? Is this plagiarism being continued till today?

That is an excellent point. It should be viewed within the context of the other claims:

So this shows consistent abuse on the blockchain. Oendertuerk has already been blacklisted by minnowbooster. I will be happy to look at more recent science posts if other bidbots require more proof.

I wonder how come this author was whitelisted by @ocdb when @acidyo knows about him!

Anyway, thanks for revealing the truth. I had set this author on my auto-voter. Time to re-configure that.

Can't help but wonder WHY you had @oendertuerk on your auto-votes to begin with.

Did you actually enjoy his spun articles? Did you think he deserved your support for his hard work and original thought?

Or, did you just notice he's going all-in on the bid-bots and you figured his abuse of the platform economics would bring you good curation returns?!

But you already know that, you're quite good at the game yourself.

Your post was upvoted by @steem-ua, new Steem dApp, using UserAuthority for algorithmic post curation!
Your UA account score is currently 3.560 which ranks you at #6469 across all Steem accounts.
Your rank has improved 11 places in the last three days (old rank 6480).

In our last Algorithmic Curation Round, consisting of 197 contributions, your post is ranked at #62.

My apologies for the delayed response, @mathowl.

This post gave me a sinking feeling in my heart. To think that one of the highest paid authors on the platform commits plagiarism as if nothing is wrong is sad.

From the comments, I see that this has been a reoccurring issue. It does not look like this guy feels shame or wants to make amends.

In your other posts, you listed the curators for his content. I hope that they will take notice of your investigation and take action. The platform needs less scums appearing on trending. This does not serve that vision.

No one would want to invest in a place where scams and frauds are dominant. Not only that, but rewarded handsomely for their efforts.

You have done well with your colleagues and I hope you guys continue to contribute to our community.

Thank you for your review, @enforcer48! Keep up the good work!

Thanks for contributing on Utopian.
We’re already looking forward to your next contribution!