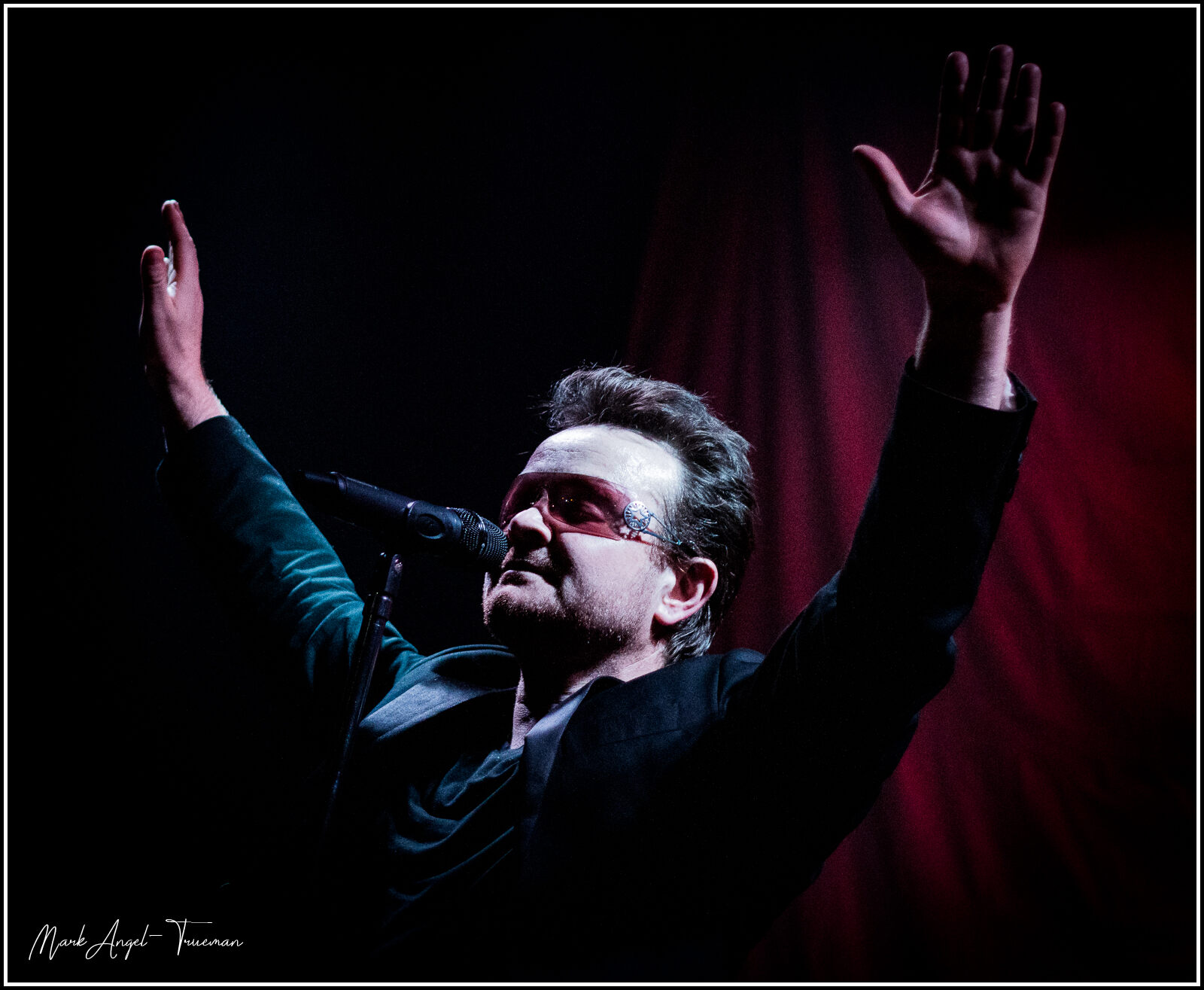 Last night I went to see one of my fave cover bands; U2UK. They were kind enough to let me take my DSLR into the gig and get some shots for them. It was a great opportunity to test out some of the functions of my new 90D.

I started off by using it in a conventional manner with the optical viewfinder and manually moving focus points to get good compositions. While this was producing good results, I wanted to try out the face detection alongside continuous autofocus and using the rear LCD for compositions. It was a revelation. Even with the really really low light (it was pretty terrible), the 90D managed to track faces and keep them in focus while the band moved about. Really happy with the results.

All were shot with the Canon 50mm 1.8 lens, with AutoISO turned on, an aperture of 2.2 and a minimum shutter speed set to 1/250 second. Doing it this way was new to me, normally I would fix the ISO and adjust as needed but with the Canon performing well at high ISOs, I thought iId let it do its thing with the ISO and make sure that I got a nice quick shutter speed. A lot of these are shot at 6400 ISO and you wouldn't really know, noise is very minimal.

I took about 500 images in total and these are some of my faves, hope you like em.

Looks like The Edge guy really nailed it. :D

Yeah he's good. The Bono sounds incredible. Very much like the real thing with the way he moves and holds himself. Very authentic.

Good set. Would love to see them live....

Congratulations @axeman, you are successfuly trended the post that shared by @markangeltrueman!
@markangeltrueman will receive 0.82182600 TRDO & @axeman will get 0.54788400 TRDO curation in 3 Days from Post Created Date!

Awesome work, beautiful photographs. You are a really talented photographer.

Wow, brand new toy!
It was just released, isn't it?
I got the 6D mark II in August and I still haven't explored all the high tech features that it has on and 90D is so much "younger" and more sophisticated! I am sure you'll enjoy it a lot.

Thanks, yeah, liking the 90D a lot. Went with it over the full-frame cameras as I like the extra reach i get with the 1.6 crop factor. Very useful, especially for macro. They say it affects low light performance but i think the 90D did extremely well in a very low light situation.

Wow "Bono" and "the Edge" look great! I bet that is a fun band to see. They look like they are having a ton of fun while playing as well :) Really fun set of photos!

The Canon 90D is a great camera and I think Canon have done a great job, your pics show off the image quality it can provide but for video it really needs a decent gimbal.