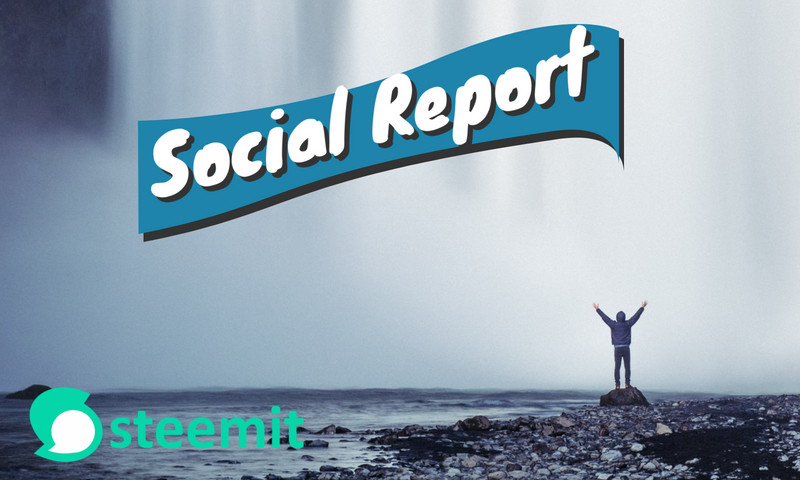 Before I tell you about my recent activities on social networks, let me update you with my Witness activity.

I finally have my new Witness node operational! And now it is much more powerful and reliable than the previous one.

So do not hesitate to use one of your votes for my proposal as a witness. And remember to withdraw the votes to those witnesses whose nodes are already deactivated.

#
First of all, I would like to clarify that I have decided to create some new accounts on my social networks. It is not a good idea to mix activities that are not very related; penalizes SEO and visibility. For this reason I have created the following accounts (which I hope you will follow)

Although these last few weeks have been very complicated due to the work and configuration of the new node, I have tried to promote on Twitter some of your most outstanding publications.

#
For the past few weeks I've talked to various artists on Facebook about the benefits of posting on Steem. It has been very instructive to check the doubts that people have when they are told about this blockchain.

One of the most difficult things to understand is monetization. Where does the money come from so that the votes turn into rewards?

For this and many other questions that were sent to me is why I decided to retake my YouTube channel to record educational videos about the Steem blockchain. In the next week I will try to upload the first of a series of introductory videos about Steem, its economy and its community.

See you in the next report!

Hi @marcosdk! Thanks for your help in securing the Steem blockchain as Witness! I wish you lots of blocks!

Make sure you post your links in the discord so other members can follow your Social accounts! Thanks for the mentions

Thank you for your post! You got upvoted by the @steemingcurators with massive help from @steemcurator02!
Want to participate in more challenges on Steemit? Check our latest posts for more info! Thanks for #steeming
@cryptokannon ~ @ciska

Thanks guys! We all together make steem a better place!

Thank you for all your work on this.

Looking forward to the next report.

Thanks for your support also. The next report will be include my new YouTube activities.

A bit late, but still wanted to leave a comment - thank you for the great report, and I look forward to seeing the next one!

Do not worry. I am very grateful for your support!