Artificial Intelligence is not futuristic, it is present! 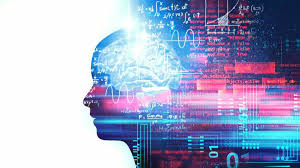 Artificial Intelligence - AI was the most discussed topic at the Cannes Lions Festival in 2016, whose repercussion in Brazil, one of the most awarded countries, was imperceptible. And this is largely due to the lack of training in our market.

The use of Artificial Intelligence in Marketing is not futuristic, it is present. That's because, the more connected consumer is making available an unimaginable volume of precious data on social media, on mobile, on IoT, on sensors, everywhere. And the data of this so-called Big Data is increasingly difficult to be transformed into effective marketing actions with traditional tools. We are leaving opportunities on the table. Hence the need to incorporate other analytical tools, such as Artificial Intelligence, which, through programmable algorithms, allow machines to learn to imitate the analytical behavior of human beings more comprehensively, quickly, accurately and better, continuously evolve with learning. Data, intelligence (AI) and creativity is the triad of prosperity.

Source
Direct translation of full or partial texts without adding anything original is frowned upon by the community. Repeatedly posting such translations are considered spam.

Spam is discouraged by the community and may result in the account being Blacklisted.