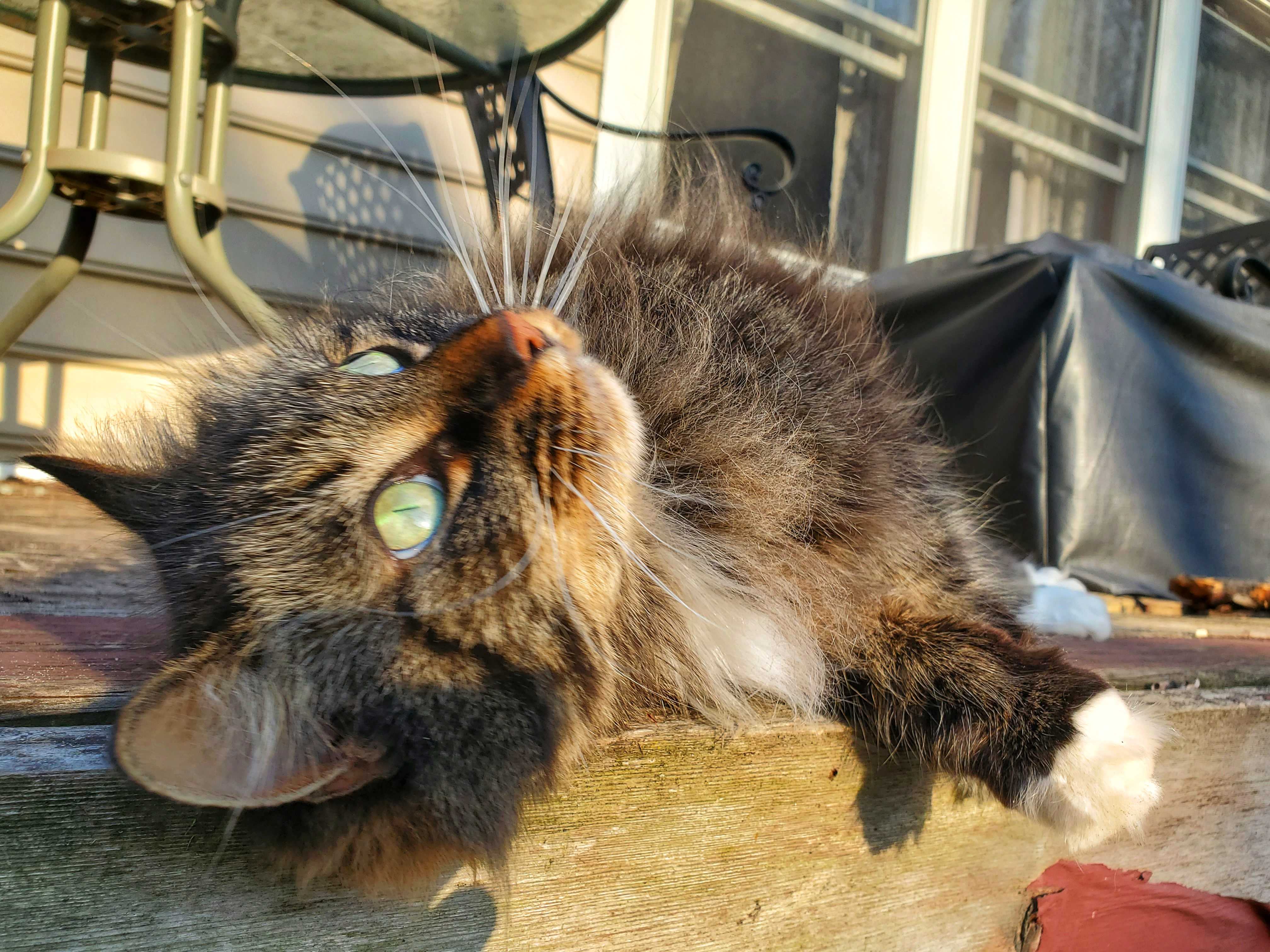 Hey everybody, hope your week end is going well.

Today was mostly sunny again, but a little warmer unfortunately. So of course we spent lots of time walking in the woods with the dogs.

After yesterday's change of venue, the dogs were back in 'their' forest.

But since it's Saturday, or was now that's it very late, I thought Le Chat should be the star once again, I haven't done that in a while. She spent quite some time on the deck enjoying the sun while staying away from the dogs. Doesn't she look like she's saying: "Just leave me alone human...'

She got jealous of the dogs (mostly Kaia) playing, so she started playing by herself.

Of course, I played with her too.

She then realized she could use the table foot to scratch herself.

And finally, she patiently waited for the dogs to be done playing and for me to finish my coffee.

As usual, before going for a run, 7.5 miles today, I watched the sunset for a while.

In spite of the lens flare, or maybe because, I just like this one.

That's it for today. Thanks for stopping by and enjoy the rest of your week end.

You have been rewarded 281.75 AFIT tokens for your effort in reaching 20493 activity, as well as your user rank and report quality!
You also received a 2.40% upvote via @actifit account.
The following boosts were applied to your post:

Water Bottle - L5+ 45 AFITBoosts increased your AFIT earnings by 215.0000 AFIT
Actifit rewards and upvotes are based on your: