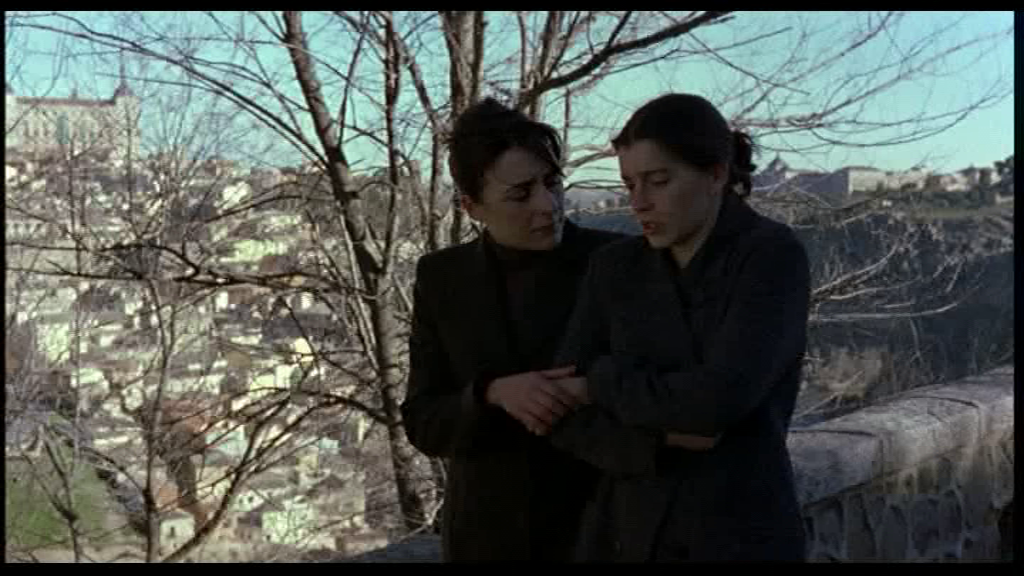 At times it can be a challenge for me to set aside my scepticism of movies that deal with controversial topics that are usually loaded with political correctness and socially accepted or suppressed ideas of what is the real truth of that specific topic.

One of those is the dynamics of the romantic relation between men and women and in this particular case, when the man is violent (both mentally and physically) towards the woman. My problem is not if it is explicit or that a director wrestles with the topic in general. It is that usually the underlying (meta) understanding of who is to "blame" contra who has made bad choices in their life to end up in this situation (which nobody watching the movie can deny thinking about), is almost always balanced in the "favour" of the woman, while her choices that leads to the situation is neglected, to make her unable to take responsibility for her choices.

The story unfolds from the point when the woman leaves her violent husband for the first time until she leaves for good after a period of self-induced violence catharses going back to him, only to finally come to grips with her first intuition, letting go of her "illusion" of the gentle psychopath.

You may see this as a bit of a over-interpretation what is the actual story and maybe it is, but I am prone to add a bit of what I think is the underlying story that is not touched upon or explicitly expressed in the acting or the dialogue. That women are attracted to psychopathic bad boys, but for some unexplainable reason, cannot understand that they will use that physicality on her to control her.

What I do like though is that the story deals a lot more with the dynamics between mothers, daughters and girlfriends than I had thought it would. This is a breath of fresh air indeed. But again, it does only hint at some of the dark sides of what it is in that dynamic, that "helps" women to take bad decision (or remove any warning signs).

The director certainly has no problem showing very disturbing violence scenes that explicitly portrays physical causes and effects. At the same time the social, familiar and cultural dynamics of the matriarchy is well hidden so that it stays on the hint level and not spelled out.

In the second act, we are presented with the fantasy of the wife, that her husband can change, while she can just enter into this world again without taking responsibility for her possible responsibilities. This is my biggest problem with this. Women apparently see the world as something that gives them attention or believe that they are owed something.

I am not saying that she is responsible for him terrorizing her, but she cannot just go back there and pretend that nothing has happened and that he will not need her full attention and support. In stead she kickstarts a carrier as a art presenter often times dealing with the dynamic between dominating men and submissive women, without understanding her own bad boy hypergamy urges, that lay as a foundation for why she is where she is.

She does start to wake up a bit being forced to open her eyes to the reality of her life. Her mother does not understand her or is denying reality. Her sister has a bit of a narcissistic view on things and always a quick fix for her sisters life, while she herself is walking to the altar to satisfy the mother´s old fashioned ideals of women lacking a choice and obeying demand to marry up (hypergamy combined with a desire for domineering men). Again, it is underlying, but it is there.

It is a one-sided take that denies women moral responsibility for ending up in a marriage and have kids with obviously violent men. She MUST have known from the start that something is off with him. I hear women repeatedly rejecting the whole idea that they can spot a psychopath before they marry them and have had 1-2 kids with them. And then for some "weird" reason, all of the sudden the truth of his persona suddenly appear to them. Apparently, it is not that women talk to each other about men, all the time, and have had at least 100 years of knowledge from the 20th century of male/female strengths and weaknesses to draw upon. It is as if older women deliberately hide historical experiences about how a woman can spot a male asshole, BEFORE she marries him and have children him.

But when all that is said, I must recommend this movie for a very good performance by Laia Marull, who plays the lead, Pilar. Her ability to make you feel the same stress, horror and extreme vulnerability is quite astounding and level of the performance that at moments nearly equals that of Adèle Exarchopoulos in Blue Is The Warmest Colour, which is one of my favourite actor performances ever.

Laia really digs deep to find the person she is portraying and she succeeds beyond what could be demanded of most actors. The man is solidly played by Luis Tosar who is a fantastic fit as the ticking bomb of a violent psychopath. It helps that he has those dark "holes" as eyes, which enhances the spooky darkness of his personality, which she obviously ignores.

Overall the movie gets my good recommendations and that is mainly because of the female lead´s very good performance that hits me deep at times. In fact, the whole movie´s success rests on her shoulders and she can carry it.
At the same time it suffers from the political correctness of women being completely without choices and responsibility for them and the situations they end up in. The man is just too evil and two dimensional, to make him believable and then I deduce that he is made that way to make sure that I draw the conclusions the director wants me to. An ending where the man is staring out towards three women "leaving him" should have been a long shot of him with tears running down the cheeks, so that we are NOT so dogmatically sure of who feels what and why things "must" go this way.

I did not know the director before watching the movie but when the texts rolled in the end I was certain that, at least, it was a woman. And that is not a plus in my book, that I feel a bit manipulated by women and their agendas. On the whole though it is a solid effort and certainly one to watch.