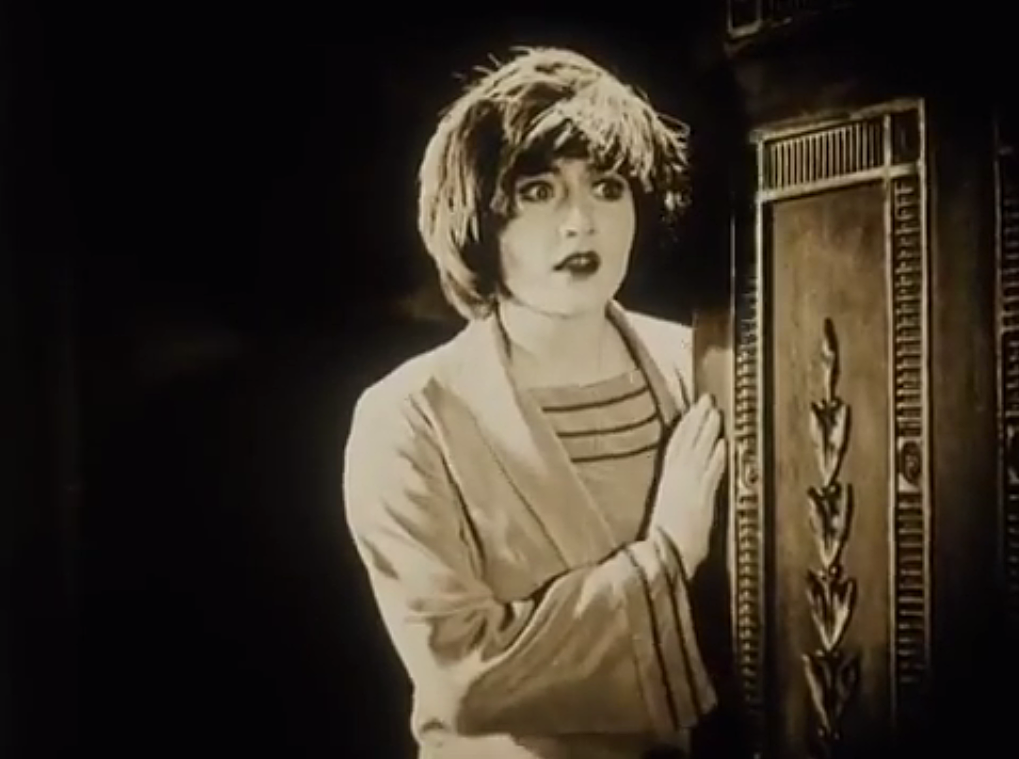 It is a bit of a stretch to label this as a "Hitchcock movie" in its traditional sense. But strictly speaking, Hitchcock did have a directorial hand in a few films, before he himself took over the director chair for good. From very early on, he was working as a intertitle designer an american filmcompany in England, but by a series of circumstances, became involved in (uncredited) supporting director roles for a few films in 1923.

The first of those was one called "Woman To Woman", of which no copy has been found yet. The second one, The White Shadow incredibly turned up in 2011, or more precisely, half of it.

"The film was long thought to be lost. In August 2011, the National Film Preservation Foundation announced that the first three reels of the six-reel picture had been found in the garden shed of Jack Murtagh in Hastings, New Zealand in 1989 and donated to the NFPF. One film can was mislabeled Two Sisters, while the other simply stated Unidentified American Film"

The restored film credits Hitchcock with assistant director, set design, editing and "scenario". So he was in reality very much involved in how the final product would look, if not exactly have huge influence on the direction.

It would be ridiculous to attempt to review the film in my usual fashion, not least because only the first half of it has been found so far. It is guesswork to try and figure out which parts could be sufficiently influenced by Hitchcock himself, so that we might attribute it to him. All I can do is try to point out aspects that could look like his attribution, that is all.

An interesting thing to notice at the start, is how the characters and the respective actor are presented on narrational titlecards. I cannot think of this being the case in any other silent I have seen (I have not seen too many though). Since this was a specific attribution of Hitchcock´s, at least he seems willing to go his own way, even at this early point.

The plot revolves around two rich sisters and some lightly melodramatic love stories and parental relations. The overall feel is, very little suspense first of all. This is a later trademark of his, but probably not something he had either realized or fleshed out in any real way at this early point. There seems to be a large focus on the pretty female actors and scenes in their bedrooms. This could have been a deliberate planning of his, he often later would add bedroom scenes of all sorts, and actresses in sleeping clothing or taking clothes of or on.

As we get to the second act (in the third reel), the story starts to take on a bit more bite and sisters get to go out and experience the world. One particular scene I find could probably be directed by Hitchcock is where a girl in a doorway overhears two men talking about something that makes her frightened or surprised. She hides a bit in the shadow of the door while the camera later focuses much on her facial expression, as the montage switches back and forth between the men and her. This looks very much like a Hitchcock mark.

It is a shame that the last part of the movie is probably gone forever, so we never get to see what else might be in there that could point to Hitchcock influence. But you never know, miracles have happened before. Metropolis was basically completed a decade ago, after 80 years of the original full version, being considered lost.

But as a reviewer on IMDB noted: "Don't cry if you don't get around to seeing it. Betty Compsom came to England to make 'Woman to Woman' for Cutts. This was a success and 'The White Shadow' was hurriedly made to capitalize on this before her return to America. Even at the time, it was not well received. It's a shame that this rather than 'Woman to Woman' survived; it might have had more to show us."

The restored parts that were found in 2011, is available on youtube.