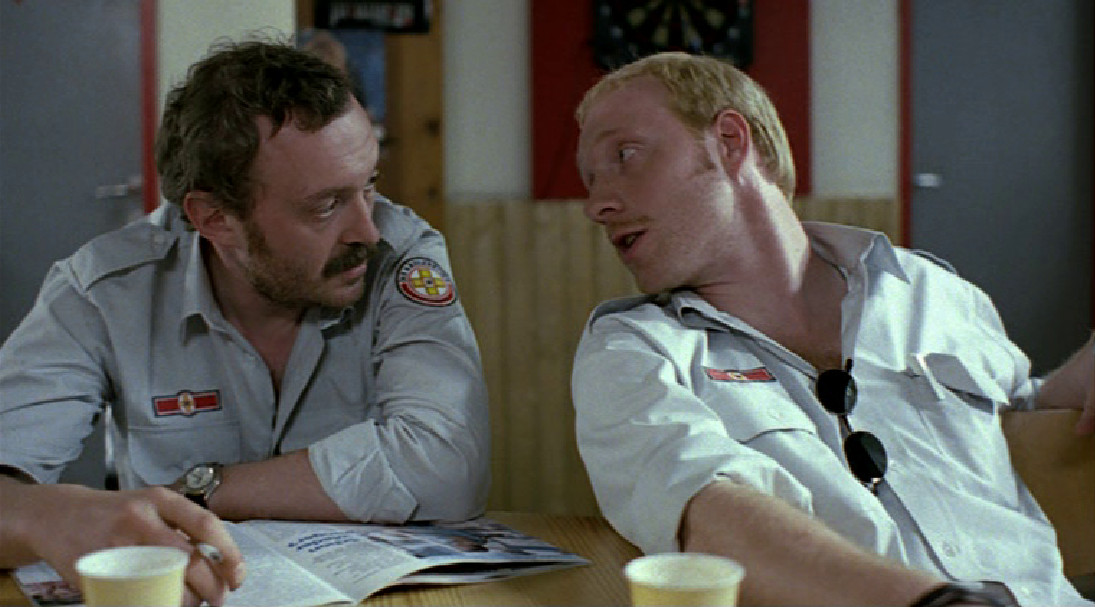 I like me some off the beaten track, "obscure" movie now and then. As much as I adore the classics, finding a small, little known (internationally) movie that tickles my fancy, is a great joy. One such movie would be Austrian semi-comedic murder-mystery Come Sweet Death (Komm Süsser Tod).

The title refers to an old Bach composition as far as I know and it is referenced in the movie. At the same time the title was used by the writer of the book, that the movie is based on. It is not every day I get a look into the Austrian style of humour and their quirkiness but this one movie gives it all full speed ahead, and basically covers all bases that it can possibly cover in a big filmic "mess" that actually works.

Let me start by stating that the movie is particularly continental European in its style and its humour. It could easily see a Danish or German version of this so it is not far from my own cultural upbringing to be honest. On the other hand there is a certain "all over the place" attitude here and lots of loose ends and sloppy cinematography. But it is the style of the movie to give a damn about style. It does not become like Napoleon Dynamite, but it does have some lines in common there.

Also it does not feel exactly like a movie from 2000 but rather a sort of pastiche of the mid eighties or something. Even the seventies. I am not sure exactly why i get that notion. Maybe it is the goofy type casting that is generally used for the male roles. Anyway I don´t mind, since i gives it a out of time and out of place feel that gels well with the somewhat simple and slightly cheesy plot.

The reason it works - for me at least - is because it never really settles on what it really wants to tell of a story. It is not hilariously funny, it is not a cliffhanger detective story, it is not a deep emotional journey ... it is just a slightly twisted everyday situation spiced up with a murder mystery.

The main character is a well known Austrian comedian I understand, and he really fits this role well as the seriously dead beat,former police detective, who is having a hard time pulling himself up after getting fired for pumping his boss´ wife. Now he works as an ambulance driver and just gets by at the autumn of his life and awaits the end I guess.

Even if he does not really want to be caught up in anything when some murders appear and one of his colleagues is suspect, he is never the less forced convinced to take on the task of "helping" out the investigation on his own. Most of the first two acts is a series of weird situations and encounters of the unlucky ex-detective - with an added bonus of a nice little romance to boot.

What is the scoop of this movie is the main characters constant reluctance to really want to participate in anything and yet end up in strange situations and encounter all the weird and wonderful characters throughout. It is the little things that does the trick, like when his romantic relation tells him that he looks good in grey uniform and he responds "it is not grey, it is cemetery blond" ... haha.. that is funny.

This is not a comic or suspense masterpiece in any understanding of the term. But it is a nice little, unpretentious funny movie with goofy characters, that I have a soft spot for. It is just so disarming that it does not make any notice of itself, it doesnt even make anything out of the cinematography (there are an alarming amount of booms in the picture). But it does not matter. Let us just tell a nice little story without being too serious about it. I like that. It comes recommended.