The Future Of Artificial Intelligence In Ten Years To Come 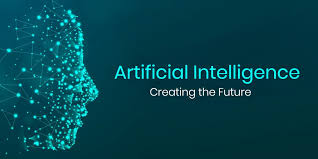 Technology  has really changed the world from the way we move from one geographical  location  to another, how we communicate  with each  other  and so on. So is the growth of Artificial intelligence, artificial  intelligence  have changed over the years and is now an integral  part of technology  and its fastly becoming an important  assistant in human life, artificial  intelligence  can be found in our home, office, schools, hospitals, etc it's now playing  an active  functions in our lives.
The future  of Artificial  intelligence is really  interesting and helpful  cause it would be used in many sector ranging from  health, education, security, business, etc. It would make life more easy and safe for humans. Firstly is through the adoption of driverless  cars, with the present advancement  of  automobiles  for example  automobiles  engines  were mostly  gasoline  fueled also know as internal combustion engines  but since the late 19th and early 20th century the electric car which is powered by electricity  or rechargeable batteries.
Since the introduction  of electric cars,  computer programmers and scientists  have been  finding ways to integrate artificial

Intelligence  into vehicles  to make them move safely on their own without the need of driver.   Lots of research is been made to achieve this and in the next 10 years am sure most of the automobiles  on road will be driven  by Artificial  intelligence  which have been  programmed to navigate  their ways around also obey traffic  rules and regulations  thereby reducing the incident of accidents  and also casualties  in accidents.

Secondly  artificial  intelligence  will be a powerful  tool in reducing  racism especially  online abuse or other forms of cyberbullying, racism  is one of human present challenges though  there are regulations  to stop racism and this as really  helped in reducing racism  physically but people still abuse or bully others on social media platforms like Facebook, Twitter, Instagram, etc. They post discriminatory  comments and threats on social media and this affect the victim psychologically  as they feel inferior among others, a perfect example  was what happened last month when a popular  football legend Thierry Henry deleted all his social  media platform due to rasicts comment directed towards  him, he said the comments are making lose his mind and also he advised the social media owners to find way to regulate racism on social media. Artificial intelligence  would have been updated to track the issues of cyber bully because in the next  few years its would have learned  about all forms of racist post and comment and would be able to detect it faster before they're  posted online also it would be able to  track the rasicts  and report them to the appropriate  authorities  thereby making social media more comfortable  for everyone with the fear of been attacked by  an unknown person.

Also in few years time lots of business will be automated  as there won't be need for physical human to human contacts as people can shop their items from the comfort of their homes and their purchase will be delivered to their doorsteps  this would ease the use of queues  to make payment for goods as payments can be done faster through internet banking  and also business owners won't need to employ lots of people to run business as a single Artificial intelligence assistant  can do the work of many employees   thereby reducing cost for the employer.

The future of artificial  intelligence  is very bright  as it'll  help human in a lot of ways also it's a very vital  tool in creating a smart city.

Artificial intelligence It is a tool that has many possibilities, but I think very detailed regulations are needed in this regard. Especially to repair the consequences that its misuse or application can bring, since it is evident that this technology is going to be used by criminals and people with bad intentions.So we must work as a society to prevent this, and plan once and for all the methods to eliminate or alleviate this problem.

And I say this from my point of view as an artificial intelligence enthusiast. I believe that we must always see all sides of the same situation.

The benefits of AIs is really numerous and it is certain that it will increase over time. Nice read