Trains are bypassing the Pentagon Metro station because of flooding 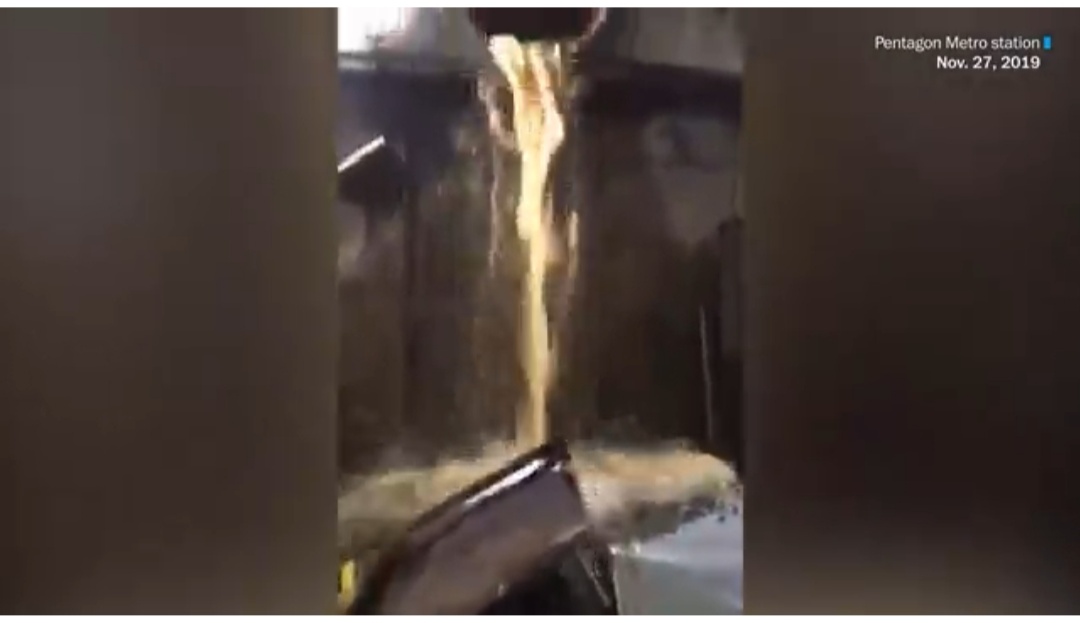 Metro trains are not stopping Wednesday morning at the Pentagon station on the Blue and Yellow lines because of flooding after a water main break.
Officials for the transit agency said a dozen buses were providing service from the Pentagon City and L’Enfant Plaza stations as trains continue to pass through.

Metro spokesman Dan Stessel said that water started to flow into the mezzanine area of the station about 7:30 a.m. and that the station was closed by Metro Transit Police. Crews then arrived to determine the source of the water.
Peter Golkin, a spokesman for the Arlington Department of Environmental Services, said that just before 10 a.m., crews determined that the broken water main is on a line that his agency believes belongs to Metro. He said Arlington crews would assist Metro as needed in fixing the problem. He said Metro might be able to “shut down the entry point on the line of water.”

But Stessel said about 11 a.m. that Metro isn’t sure that the water line belongs to the transit agency and that Metro is “not sure of the source of the water."
Update 9:08am: Pentagon Metro station is closed while crews investigate the source of an apparent water main break. pic.twitter.com/089kQWDOyi
— Arlington Department of Environmental Services (@ArlingtonDES) November 27, 2019
Golkin said earlier that water could be flowing from far away and coming into the station through conduits or tunnels, but crews were trying to determine the source. He said there is no water main break near the station, so crews would need to “trace it back” to find the break. He said it “might be a little tough to find” where the water is coming from.
Stessel said that Pentagon engineers also were at the scene and that the pipe could be a part of that building.
“We’re working with Pentagon engineers to figure out whose pipe it is, and we’ll go from there,” Stessel said. He said that when water was found in the station, crews determined it was coming in through an air duct.
“That’s not a pipe that normally carries water,” Stessel said.
He said Pentagon engineers stopped the flow of the water into the station by turning off a valve. He said that the station was largely cleaned up by 11 a.m. and that he expects it to be reopened by the evening rush.
Images and video posted to social media showed people walking through the water at the station.