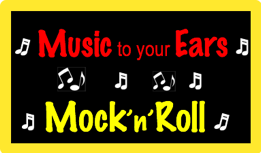 The misery of getting drunk is preferable to the dreadful prospect of watching “beers go by.”

There’s one thing sadder than being old, and that’s being sober.

In the 1965 Rolling Stones’ song “As Tears Go By,”  Mick Jagger sang about a sad man, sitting alone in the evening and watching kids play. The realization that he was getting older, and that there was nothing new that excited him, brought tears to his eyes.

In “As Beers Go By,”  Bob Rivers depicts the misery of a recently reformed non-drinker. His new life “really stinks,”  simply because those bland “virgin drinks”  bring him no happiness whatsoever.

As Rivers and other wise men will tell us, the misery of getting drunk, “throwing up, and falling down”  is preferable to the dreadful prospect of sitting passively and watching “beers go by.”

Without the soothing balm of fine alcoholic drinks, all our miseries would linger, forever. Fortunately, we have beer, an effective and reliable escape.   (Image source)

Bob Rivers is a US rock’n’roll DJ and radio personality, well known in the Pacific Northwest. He is also notorious nationally and internationally for writing and producing hundreds of parodies of popular songs.

While still in high school, Rivers started a radio station at the school. When he was 15, he set up a pirate radio station which he broadcast from the basement of his parents’ home – which lasted until his mother pulled the plug on it.

When he was 16, he got his first job as a DJ, but apparently he was fired because he played too much Led Zeppelin.

Over the course of his long career, he was twice named the “Rock Personality of the Year”  in a major market by Radio and Records.   (Image source)

I used to come here everyday
– (I'll have the usual. Uh, make it a triple.)
And to the porcelain god I'd pray
– (Oh, dear God, please not again!)
I was butt-faced constantly
That was the life for me
Now I sit and watch as beers go by
– (Uh, could I get another Club Soda, please?)

My newfound lifestyle really stinks
– (Hey, you know what? Make it a Shirley Temple instead.)
I only order virgin drinks
– (Miss, you think you could do this without the umbrellas?)
And I really miss the sound
Of throwing up and falling down
I sit and watch as beers go by

– (You know, my lawyer says in a few months my insurance will go down. You know, which is kinda nice. And, you know, I am saving a lot of money. And on top of that, I haven't woken up with an ugly woman in, like, 8 months. Kind of a nice benefit, you know? So I got a lot going for me now. I think, you know?)

Into your ears … through 5 channels

Links to my other series ...

This is another fine song in the list. I particularly admire your use of words,

There’s one thing sadder than being old, and that’s being sober.

Well, I have been sober a few times so that should give a glimpse into how it feels being old. Thanks for the good job.

Indeed. Aging if inevitable. Being sober is easily avoidable. :-)