You either die a hero or You become an evildoer. Histories of Lubomirski, Petain and Piłsudski. 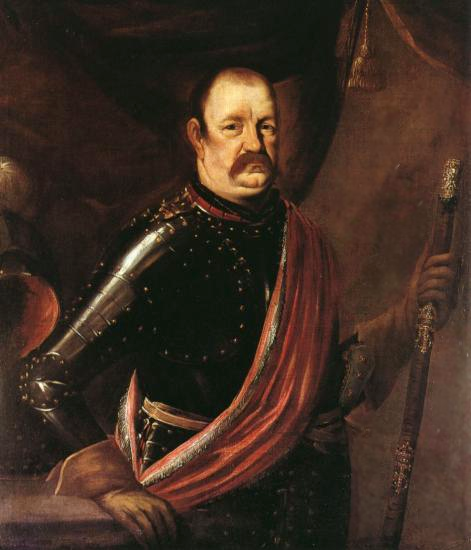 In that post I will give You a short history lesson.

You will read about 3 historical characters.

The first one is Jerzy Sebastian Lubomirski (1616-1667). He was a Polish nobleman, even we can say "aristocrate", cause in his life he was e.g. marshal and a hetman. During Polish-Sweden war 1655-1660 he was one of a few not to betray polish king. He did in this war more than much more popular Stefan Czarniecki (1599-1665). In 1660 he defeated Russinas at battle of Cudnów.

But in 1660s he was in an opposite to polish king (the same he did not betray in 1655). He was convicted,he lost all titles and was forced to be remembered in infamy. Then in 1665 he caused "rokosz" - rebellion against king. In 1666 he murdered over 3000 prisoners after battle of Mątwy. He won a rebellion, but had to leave the country. He died in 1667. Now he is not appreciated during history lessons in school. He also does not have streets, rondos, airports etc.

The second person You should know - the French general and marshal Phillppe Petain (1856-1951). He became a hero of France during WWI, because he is threated as responsible for saving Verdun in 1916.

But in 1940 he did a deal with Hitler, he was leading collaborating Vichy country, which was helping Nazi Germany - giving food, sending Jews etc. After WWII he was sentenced death, but death penalty was changed into endless inprisonment. He died in prison in 1951. I don't live in France, but it seems like he is not treaten like a hero, he does not have monuments, streets etc. By the way, I guess that if he had been 30 years younger, he would have been killed.

The third person is Józef Piłsudski (1867-1935). From young age he was fighting for independence of Poland. He was enslaved in Eastern Russia in his twenties (he lost there 2 front teeth, thats why he was wearing a moustache to hide that). In 1900s-1910s he was doing in conspiracy. His action were active e. g. in 1905, when there was a mini-rebellion after Russia lost war versus Japan. During WWI he was leading one of three Polish Legions in Austro-Hungarian army. He had an opinion that fighting against Russia is a priority. In 1917 he betrayed Germany and A-H and was enslaved in Magdeburg. In 1918 Poland rises, Piłsudski becomes a temporary head of country.

What was happening next?
In 1919 he was delaying help for Polish fighting in Western Ukraine, because his home Lithuania was more important for him. 1 January of 1919 rises a war against Soviet Russia. In late 1919 and early 1920 Piłsudski stops offensive to let Soviets defeat armies of "white generals" - Denikin, Judenicz, Wrangel etc. In August 1920 when Soviet Army almost got Poland, he resigned to general Tadeusz Rozwadowski (who by the way saved Lvov in 1919 and got french help for Poland for 1920 Warsaw battle). Rozwadowski won the battle, but all laurels went to Piłsudski, who probably wanted to escape from Poland, but stayed when battle of Warsaw was practically won. In 1922-1925 Piłsudski was in political silence. But the worst came in 1926 - Piłsudski uses army to get authority in Poland (over 700 deaths in fights), creating authoritarian country. He enslaved Rozwadowski (who died in 1928), opened kind of a concentration camp in Bereza Kartuska (I don't know how it is called in English) in 1930 for all of his enemies. In 1935 a month before his death, new constitution is created. Do I have to say that in years 1926-1939 Poland was developing very badly economically?

But, in the opposite of Lubomirski and Petain, most people in Poland treats him like the best hero. He has monuments, streets, he is known for winning battle of Warsaw in 1920, he has a grave on Wawel Castle in Cracov, he has movies about himself (of course forgetting his bad sides).
Because most people don't want to learn. Don't want to know. They only want to get and have.