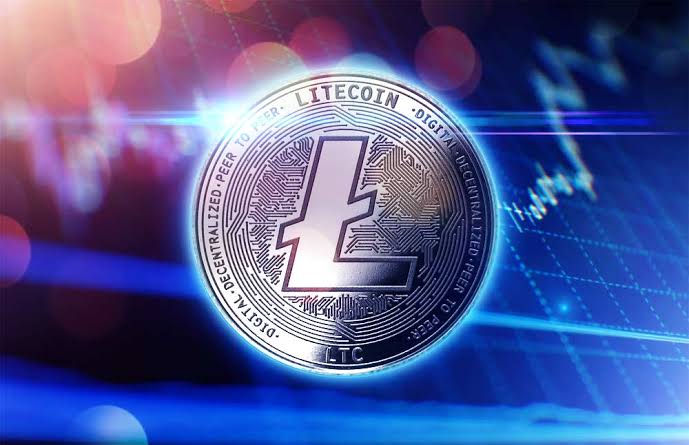 Hello dear steemians , it's the beginning of another season under the @cryptoacadamy and with our wonderful professor @Yohan2on. I will be discussing on Litecoin as an altcoin and how
beneficial it is in the blockchan.

Altcoins iss a cryptocurrency or virtual currency substitute to bitcoin. Each altcoin possess it's owns set of rules. Altcoins are cryptocurrencies that substitute to bitcoin, they are blockchain technology. Although slightly different to bitcoin, their regulations and conduct appeal to other uses. It involves using a private key to send payment from the digital wallet to another user's wallet. I have personally transacted this and seen how effective it is. This involves blockchain or recording ledger where transactions are personally and publicly recorded. You know, after transferring payment, it is important to get a record for accountability sake.

nlikee bitcoin that produces coins every 10 minutes, Litecoin produces even faster by producing every 2.5 minutes. It is rated among the top ten crytocurrencies by market cap, giving it exclusive value addition and long term value. Reasons why predictions is in the favour and growth projections. Litecoins has the ability to produce 84 million litecoins while bitcoins will only produce 21 million bitcoins. According to Bit info charts, average transactions in dollar terms are much lower (0.25) than those for bitcoin (11.30) with a new block mined for 2.5 minutes ,four times faster than bitcoin.

Litecoin transactions require less time to gain confirmation. It wouldn't have claimed a high scalability in a centralized payment like a Visa but, Litecoin has gained high merit over time. Also, Litecoin gets additional value for being close to bitcoin and is commonly referred to as "Digital silver" in contrast to bitcoin "Digital gold " narrative. According to recent lite news" Litecoin been regularly used as a test for upcoming second layer applications that will eventually be applied to bitcoin such as segregated witness and the lighttwork."

Litecoin is a crytocurrency designed by former google and engineer "Charlie satoshi lee", although he is known for selling off his Litecoin holdings at the highest peak of crypto boom, he is still actively involved and remains the managing director of the Litecoin foundations.

Lee adopted a scrypt hash function from Tenebrix an early alt coins instead of using bitcoins SHA-256 function. He wrote" using scrypt allows one to mine Litecoin while also mining bitcoin". It implies that Litecoin will not complete altcoin improvements, Litecoin is the first crypto asset to gain success and this, it's sustainability has been tracked in the crypto market and also as a financial asset with long term growth future record. It is estimated that litecoin will rise in the long-term like bitcoin.

The strongest year of litecoin was recorded in recent history was 2019. The silver cryptocurrency rose to 600% that year, before declining down to retest it's bearest minimum. 2020, was a very complicated year for litecoins as investors were concerned about the rise of the silver crytocurrency.
In 2021, litecoin has set it's increasing high since it's all time increased price record in 2017. Litecoin supply is high capped at 84,000,000 LTC with 63,240,704 LTC in circulation. In 2017, Litecoin reached it's all time high of 360.66 dollars before falling back to roughly 20 dollars and also bouncing back higher ahead of 2019. Prior to 2019, bitcoin was trading at 140 dollars per LTC coin, nearly semi value of all it's all the high and an over 600% gain from it's bottom price. Another pullback caused litecoin to reach 35 dollars in 2019 but after a high low, litecoin future price is expected to increase. Today, in 2021, litecoin is trading at around 225 dollars per LTC showing that a recovery is eminent.

It is evident that litecoin is a strong performing investment. Litecoin traders can profit from both long and short positions. Traders can also take advantage of similar tools as provide by trading platforms like Prime XBT and leverage on either LTC/USD pair in the LTC/BTC pair . Litecoin has also gained strong support in the development community. It is also used as a test or other digital currency projects, it is supported by most countries regulatory entities and is among the highest cryptocurrencies to hit the market.

The table below can be used as a reference expected for litecoin from 2 2025.

[Image sImage source### ShouldI)
Should lditecoin?
The topecoin?
The topic" should I invest in cryptocurrency" is a major topic these days. It is still essential to classify them and their scalability before venturing into it. Personally, my answer would be a "YES". The first thing you should know is that the world of cryptocurrency is increasing rapidly and has just started to gain influence.

It is a decentralized blockchain processed by computers and not by third-party authorities. They came equipped with their biggest selling point. It is free from censorship and has a free entry and exit. It is secure and ensures borderless payment to anyone, anytime and anywhere in the world.

Litecoin is one of the top 10 cryptocurrencies. It has slowly built its way from the lowest and is gradually scaling up to the top. It had a high trading volume by the rate of the rise in cryptocurrency.

Litecoin surprisingly is one of the 4 most important coins. An advantage big using litecoin is that you can buy and sell. You can even get fiat money out of it through regular means. It also has the largest global scrypt based return. It secured billions of dollars in value.

Iitecoin is a relatively easier process than bitcoin because it's blockchain verifies transactions differently. It is important to note that there are about 84 millions litecoin in circulation which is even 100% more than bitcoin's.

Feedback
This is good work. Well done with your research on Litecoin

Thank you so much professor@yohan2on
I appreciate your efforts.