Upmewhale Writing Contest! Global Warming and Climate Change, What Can Be Done? 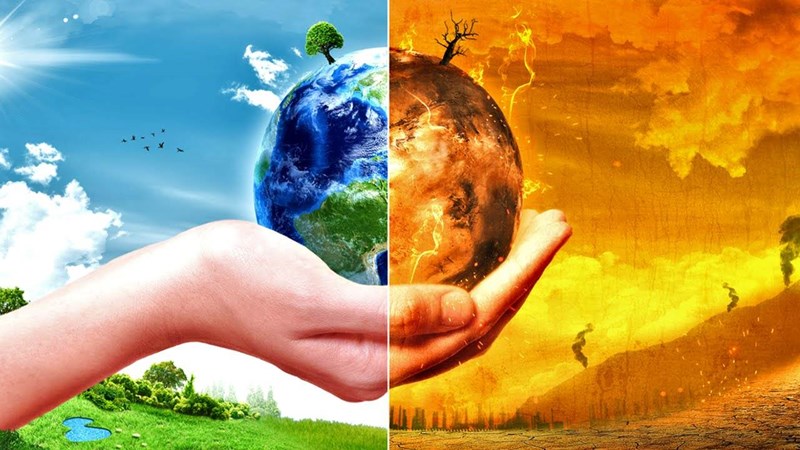 Hello Steemian friends, this is my participation in the contest promoted @upmewhale on "Climate change" that is affecting our entire planet and which we do not escape as ordinary citizens.

When you hear the term global warming some people will think of a science fiction movie of radical environmental groups or worse, you still think that it takes a long time or years to become a reality and yet they are wrong, this is our planet that has a layer that is the atmosphere, whose function is to catch some rays of the sun to maintain a temperature of 15 degrees Celsius, otherwise these rays if they escape, the temperature would drop to -18 degrees Celsius, what is known as the greenhouse effect, produced by gases such as water vapor, carbon dioxide, methane, nitrogen oxide, ozone and artificial chlorofluorocarbons, in an adequate proportion. These greenhouse gases fulfill their function, but if on the contrary they increase their concentration, the rays of the single will not be able to escape and the temperature of the planet will increase causing great disastrous repercussions.

this is due to the burning of fuels, the destruction of forests that absorb carbon dioxide, and the increase in population, leading to a greater increase in the demand for food, water and resources natural.
It should be noted that trees absorb a large percentage of carbon dioxide emissions but currently we are destroying our forests and forests that are the plant lung of our planet to meet the demands of the population.

On the other hand, the human being uses coal-based energy generating plants that generate 2,500,000 tons of carbon dioxide emitted annually in the atmosphere.
Likewise, the excessive use of vehicles generates 1,500,000 tons of carbon dioxide, which go directly to the atmosphere. All this brings global warming as the largest number of solar rays are trapped, the planet's temperature rises, causing large droughts, water shortages and fires. In addition to this it produces more severe rains and floods, this because the sun's rays increase the temperature of the oceans, causing greater evaporation and stronger rainfall. This temperature increase causes the poles to defrost, resulting in more water entering the sea, raising the level of the oceans causing large floods. If these poles are defrosted and the sea level rises 6 meters, it would destroy places like Florida, San Francisco, Holland, Being, Calcutta.

It is still time to change this by performing the following actions:

• Buying energy saving light bulbs instead of common light bulbs.
• Disconnect unused electrical devices and unused telephone chargers.
• Reduce the use of air conditioning and heating.
• If you are going to buy a vehicle, choose one with low fuel consumption and less carbon dioxide emissions.
• Use more public transport
• Walk or use bicycles.
• Use less hot water for the bathroom and close the faucet while soaping.
• Wash clothes with normal water
• Recycle.
• Buy recycled and recyclable products.
• Give more than two use to paper, glass and aluminum.
• Take care of forests and trees
• Participate in reforestation programs in your community.

You are still in time to change and start acting now, we must worry about our future, stop global warming.

These are the contest rules:
https://goldvoice.club/steem/@upmewhale/upmewhale-writing-contest-global-warming-and-climate-change-what-can-be-done