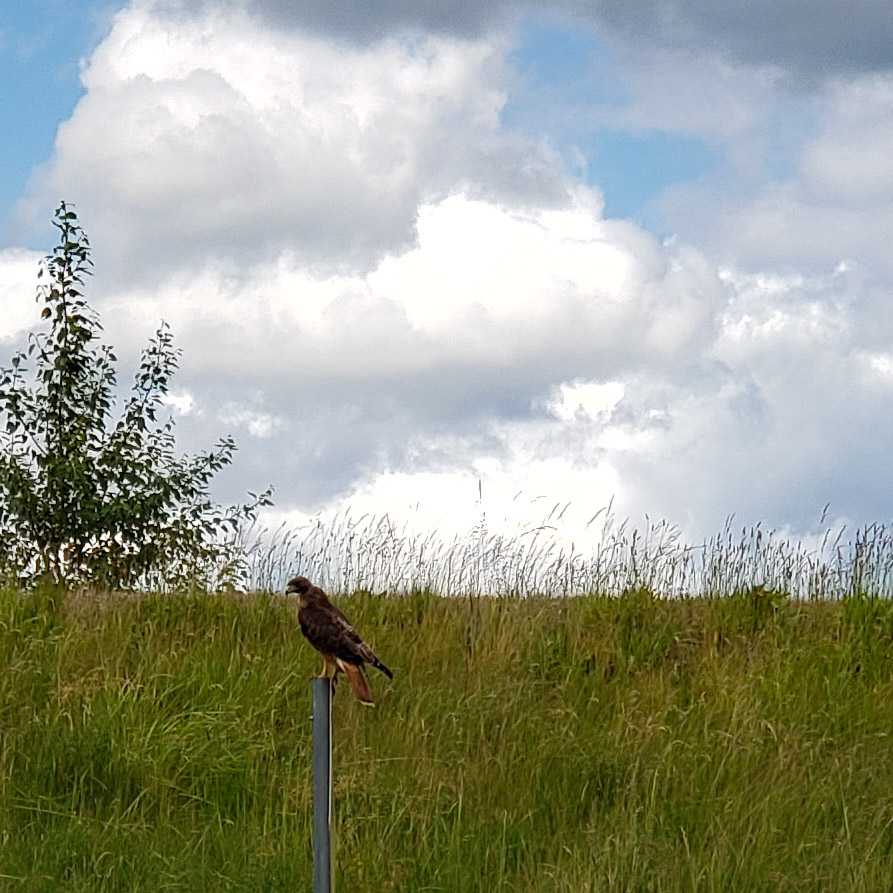 We played a couple of rounds in the morning and a nine hole round in the evening of disc golf. I was not playing very well and kind of rubbed off on my son who ended up having a so so round too. He's been winning the rounds lately.

I was either having a pretty good throw or a really bad one. I turned one over big time that ended up out of bounds and sliding down the roadway. I had to run down to get it before a car ran it over. There was just enough wind to make things difficult but not enough for me to want to break out my more stable stuff.

I usually want to throw my understable discs in order to get more distance with less effort. There was too much wind for that today.

It was a very pleasant temperature and I mostly played without a jacket. I was tempted to play in shorts but I knew my son wanted to look for a lost disc.

My son lost a disc the night before on hole seven by the river. He and his friend had both searched for it for fourty five minutes. I asked him if he searched under the trees by the riverbank and he said yes. He kept looking up and down the side by the bramble bushes. I kind of let him do his thing after helping him a bit. I took a few 360 photos that I might post later - one of them came out alright. I could tell he was a bit miffed at me for not concentrating on finding the disc so I set about looking more carefully. I found it under the trees by the riverbank, lol.

Anyhow we got it back.

A hawk swooped down close to us on the disc golf course:

He perched just on the other side of the road in the out of bounds area. If I had my better camera I could have got a much nicer picture.

Naturally you have to eat the best parts mostly up before starting in on the salad. I think that is kind of a survival thing left over from the bygone days when we were chased off by the more ruthless carnivores half way through dinner, lol.

You have been rewarded 73.1125 AFIT tokens for your effort in reaching 14121 activity, as well as your user rank and report quality!
You also received a 25.39% upvote via @actifit account. 25.00% of this upvote value is a result of an exchange transaction you performed for 200 AFIT tokens !